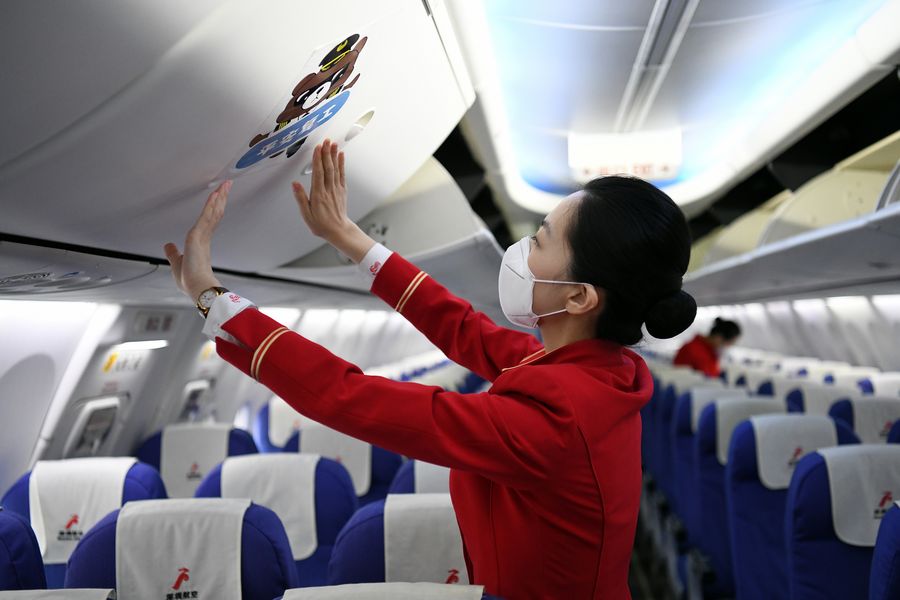 Foreign airlines that have been unable to operate flights to China over the past few months due to the novel coronavirus pandemic can choose a qualified Chinese city for entry starting Monday, according to an online statement by the Civil Aviation Administration of China (CAAC).

Airlines can file their pre-flight plans with the CAAC for the period to Oct. 24, 2020, the statement said.

To contain the risks of imported COVID-19 cases, China reduced the number of international passenger flights in March, allowing each operating foreign airline to operate only one inbound route with no more than one flight per week.

Starting Monday, the CAAC will also introduce a reward and suspension mechanism, with detailed policies for the carriers to increase or suspend flights.

If all inbound passengers of an airline test negative for novel coronavirus for three weeks in a row, the operating airline will be allowed to increase the number of flights to two per week.

The adjustment to resume some international passenger flights aims to balance epidemic control and economic and social development. It also further meets the urgent needs of Chinese students studying abroad and overseas Chinese wanting to return home, according to the CAAC. 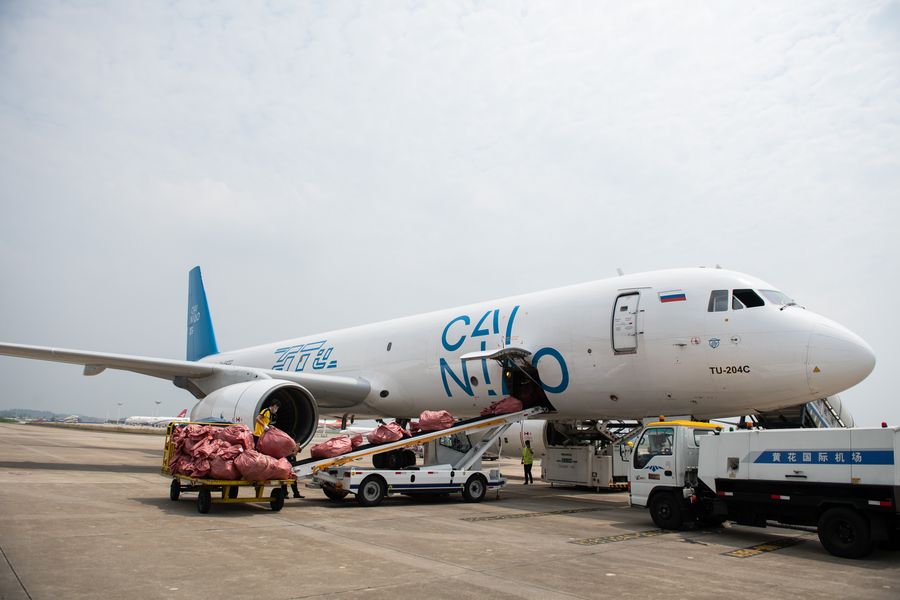 An airplane carrying parcels from the cross-border e-commerce to Russia is seen at the Changsha Huanghua International Airport in Changsha, central China's Hunan Province, May 28, 2020. (Xinhua/Chen Sihan)

After the adjustment, the number of international passenger flights would be increased to no more than 64 per week, with an estimated 33,000 people entering the country from airports every week, the CAAC said.

The CAAC also said China may "modestly increase" flights from some qualified countries under the conditions of controllable risks and adequate receiving capacities.

The qualified countries include those having so far exported few COVID-19 cases to China while maintaining close economic and trade ties with China, as well as those meeting the remote prevention and control requirements to effectively reduce the risk of imported cases.

Countries with a large number of overseas Chinese nationals who have a strong demand for returning, as well as countries that have established "fast tracks" with China to meet work and production resumption needs, are also qualified under the conditions, according to the CAAC.