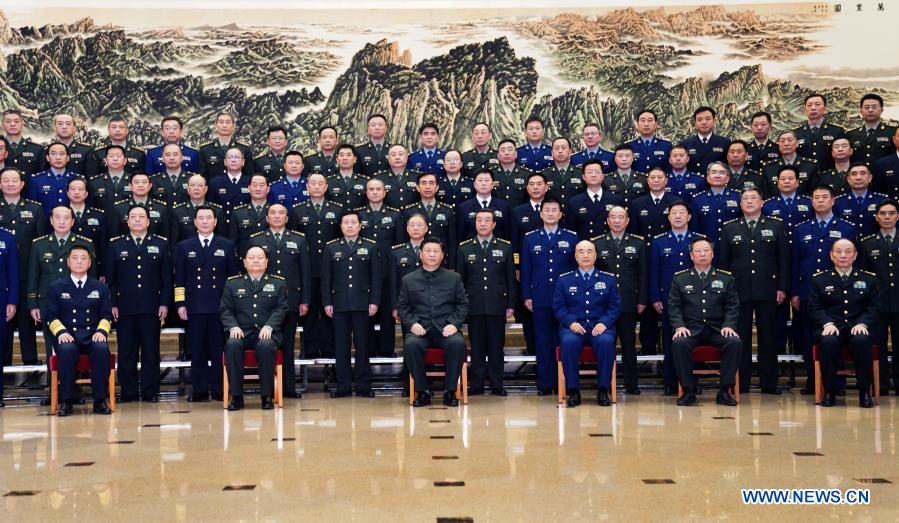 Chinese President Xi Jinping, also general secretary of the Communist Party of China Central Committee and chairman of the Central Military Commission (CMC), meets with representatives attending a conference on ideological and political education work in the military in Beijing, capital of China, Dec. 4, 2020. (Xinhua/Li Gang)

President Xi Jinping on Friday met with representatives from the armed forces attending a conference on ideological and political education work in the military, which was held from Thursday to Friday.

On behalf of the Communist Party of China (CPC) Central Committee and the Central Military Commission (CMC), Xi, also general secretary of the CPC Central Committee and chairman of the CMC, extended congratulations on the convening of the conference and greetings to all the attendees, and posed for a group photo.

Xi's instructions and requirements for strengthening and improving ideological and political education in the military were studied at the conference.

Addressing the conference, CMC Vice Chairman Zhang Youxia called for efforts to implement Xi's instructions, focus on the Party's ideological and political buildup in the military, and maintain its political orientation while building an education system for the new era so as to significantly improve related work.