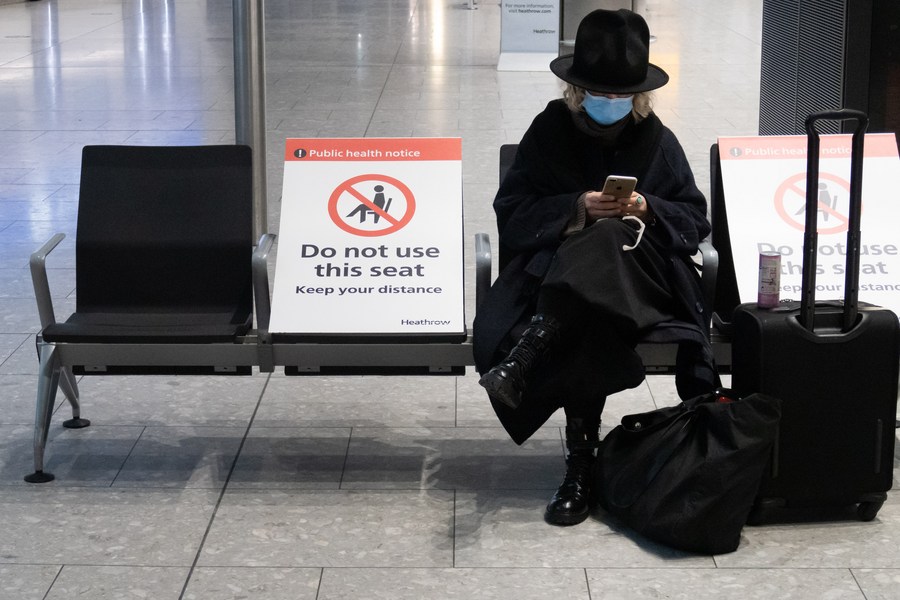 Blanket travel bans will not prevent int'l spread of Omicron variant: WHO
U.S. FDA experts narrowly recommend Merck's COVID-19 new drug molnupiravir
An expert committee on Tuesday voted to narrowly recommend that the U.S. Food and Drug Administration (FDA) authorize a COVID-19 pill from Merck for high-risk adults, the first in a new class of antiviral drugs that could work against a wide range of variants, including Omicron.
U.S. FTC launches probe into supply chain disruptions2021-11-30
The U.S. Federal Trade Commission (FTC) said on Monday that it has launched an investigation into supply chain disruptions and has ordered nine large companies to provide detailed information to help study the causes of empty shelves and sky-high prices.
Russia successfully test-fires Tsirkon hypersonic missile2021-11-30
Russian frigate Admiral Gorshkov has successfully test-launched a Tsirkon hypersonic cruise missile from the White Sea, Russia's Defense Ministry said Monday.
"Vaccine" chosen as Merriam-Webster's 2021 word of the year2021-11-30
U.S. leading reference books publisher Merriam-Webster announced Monday that "vaccine" has been chosen as the company's 2021 word of the year, following a year in which mass vaccination against COVID-19 has been carried out in the country and debate over the shots has never abated.
Travel bans due to Omicron "hammer blow" to South Africa's local economy recovery: official2021-11-29
Travel bans on South Africa due to the new Omicron coronavirus variant will be "devastating" for the provincial economy as the local government is seeking for a recovery on its key tourism sector from COVID-19 impact, Western Cape provincial official said in a press release on Sunday.
Malaysian PM to make inaugural visit to Singapore, as Vaccinated Travel Lane takes effect2021-11-29
Malaysian Prime Minister Ismail Sabri Yaakob will make an official visit to Singapore on Monday, Malaysia's Foreign Ministry said Sunday. 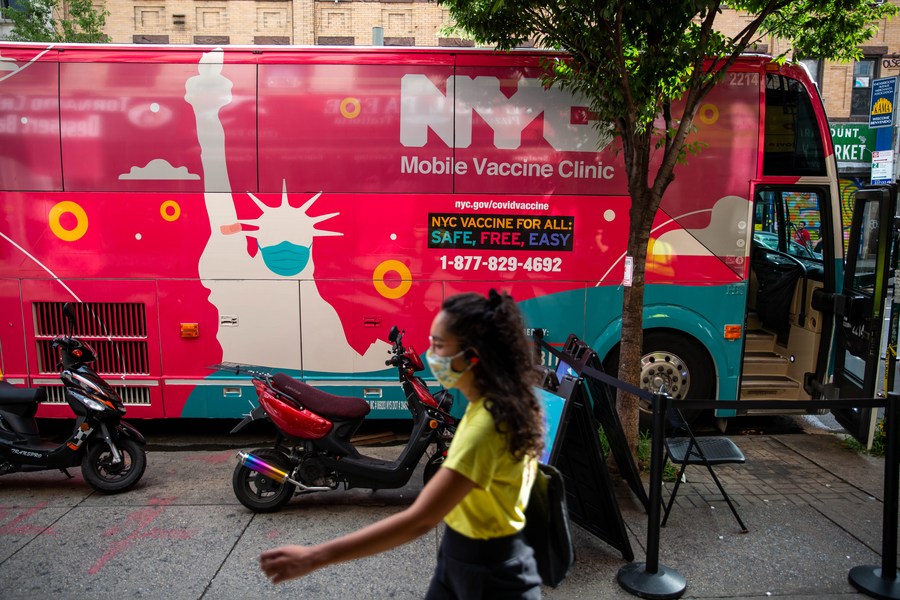 U.S. scrambles to take actions over Omicron variant's chilling effect2021-11-28
The World Health Organization (WHO) said there was preliminary evidence that the variant, which it named Omicron after the Greek letter, was more transmissible than the Delta variant that is currently dominant worldwide, and other virus strains.
Robberies at luxury stores increase on Black Friday in southern California2021-11-28
A surge in "smash-and-grab" robberies at luxury stores this week forced the retailers and police in the southern California to increase in security on the Black Friday, the day following Thanksgiving that traditionally marks the start of the Christmas shopping season in the United States.
With reopening of ancient avenue, Egypt's Luxor witnesses revived tourism amid COVID-192021-11-28
The Karnak Temple Complex in Upper Egypt's monument-rich city of Luxor is buzzing with tourists, as the North African country has witnessed a revival in tourism after a long recession amid the COVID-19 pandemic.
EU countries tighten travel rules over new COVID-19 variant concerns2021-11-27
A slew of European countries have restricted travel from southern Africa amid concerns over the new COVID-19 variant.
Merck pill under review as U.S. alerted over rising cases, new variant of COVID-192021-11-27
U.S. health regulators are expected to make public on Friday a staff review about the COVID-19 pill molnupiravir from Merck & Co. and Ridgeback Biotherapeutics LP, with an analysis of clinical-trial data for the drug included, according to The Wall Street Journal.
U.S. should not impose radical concept of rights on other countries: WSJ2021-11-26
The United States has failed to promote basic rights in Afghanistan, and is pushing an "avant-garde concept of rights" with the result of isolating itself, The Wall Street Journal (WSJ) has said.
UK coronavirus cases top 10 mln amid concerns over new variant2021-11-26
More than 10 million coronavirus cases have been recorded in Britain since the start of the COVID-19 pandemic, according to official figures released Thursday.
52 killed in Russian mine accident2021-11-26
A total of 52 people, including six rescuers, were killed after smoke occurred in a coal mine in Russia's Kemerovo Region on Thursday.

Stories happening along China-Pakistan Economic Corridor.
Insight
Pakistan and China sign MoU to deepen tourism cooperation and exchanges
Pakistan and China have signed a Memorandum of Understanding for expanding bilateral tourism exchanges and cooperation on Monday. The signing ceremony was held at the Chinese Ministry of Culture and Tourism in Beijing.
Pakistani technology industry welcomes Chinese investment
"Pakistan is one of the most exciting technology ecosystems globally right now, attracting more capital at a faster pace than many other emerging markets," remarked Ben Harburg - managing partner of MSA Capital - while addressing a seminar titled "China-Pakistan: The Way Forward" hosted by Center for China and Globalization (CCG), a Chinese non-governmental think tank based in Beijing.