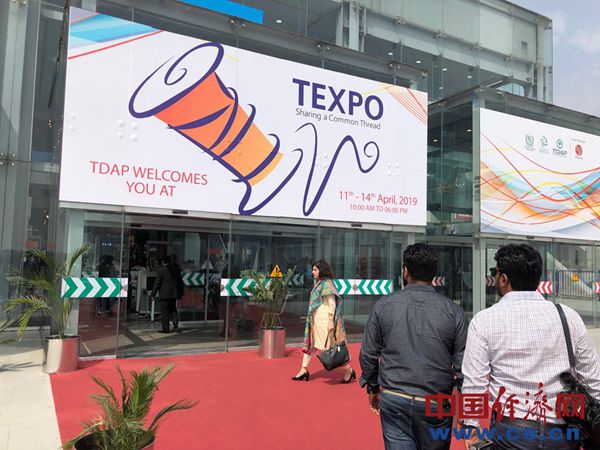 The theme of Texpo Pakistan 2019 -- Sharing a common thread, reminded the reporter of an old Chinese saying that an invisible red thread connects those who are meant to be together. If the first phase of China-Pakistan Economic Corridor starts from "several power plants and three roads", will the second phase begin with yarns of below 20s?

From April 11 to 14, the second Texpo, hosted by Trade Development Authority of Pakistan, was held in Lahore, Pakistan's third largest city. China and Pakistan are world leaders in the textile industry, while "Weiqiao" and "ChenOne" are famous in the industry of the two countries.

"Pakistan has an edge on its high quality short-staple cotton, which is suitable for producing yarns of below 20s and can be used to make denim fabric. Pakistan exports a large amount of yarns of below 20s to China," said Sun Jingying, general manager of China Weiqiao Textile Co., Ltd. "Xinjiang's long-staple cotton is used to produce high-count fabric very well," he pointed to his shirt cuffs.

ChenOne Home Textiles is the first booth on the right side of the main aisle at the No.1 Hall of Expo Center Lahore. "If we have to compare with China, I think Pakistan's greatest advantage is that the cotton planted here is one of the best in the world," Pakistan ChenOne Home Textiles general manager, Muhammad Amir Mahboob said. 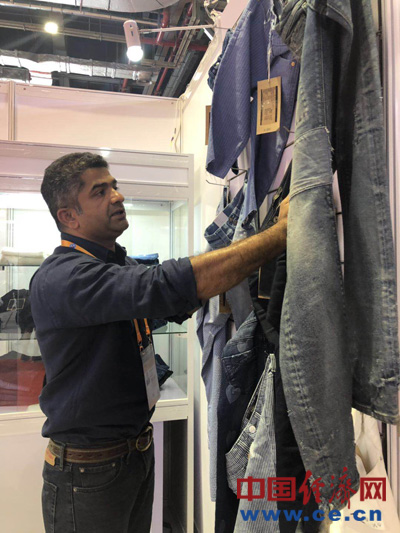 A total of 8 Pakistani enterprises attended the first China International Import Expo. Among them, three textile enterprises, one fur enterprise, one cashmere enterprise, and a denim enterprise -- M/s.Rajby Industries, also participated in Texpo Pakistan 2019. The chief executive, Irfan Aslam Khan, has told the reporter that they provide OEM for more than 20 international brands, such as Zara and H&M. (File photo by Meng Lingjuan/ Economic Daily-China Economic Net)

Sun Jingying and Mahboob both mentioned one of Pakistan's major advantages in textile -- short-staple cotton. But according to Dawn's report, as of March 1, the cotton production of Punjab, Sindh, and Baloch, the top 3 cotton-producing provinces in Pakistan, bales down 6.80% over the corresponding period last year, and is expected to be the second lowest in eight years. Analysis from Dawn suggests that the major cause for production shortage in the ongoing season is that against 9m acres earmarked for cotton crop, only 6m acres have been cultivated in 2018-19, and use of poor-quality seed and pesticides resulting in low yield per acre causing heavy losses to cotton growers.

In this regard, Muhammad Siddique Rana, an exhibitor and CEO of MHR EXPORTS, said that agricultural production is unstable. The bumper year usually comes after an off-year for production. It is unnecessary to worry too much about what the media report said. Among those visitors, Xi Jianlong, deputy director of the International Business Center of Xinjiang Xinyan Mushen Technology Co., Ltd., said that the key to solving current problems is to increase per unit area yield, but there are three limiting factors in Pakistan.

First of all, Pakistan has no breeding technology, so the local farmers use inferior seeds of Monsanto and Pioneer which are lower tolerant to the muggy monsoon temperatures in Pakistan. Second, Pakistan's field management ability is weak, and the crops could not grow well because of the lack of water and fertilizer, Xi said.

Third, the low labor costs also lead to insufficient mechanization in Pakistan. Xi introduced that the labor price is about 3 to 4 dollars per day during busy season in Pakistan, meaning the monthly salary is about 500 yuan ($74.5).

"They plant and harvest the cotton all by hand and use flood irrigation method. As a consequence, some cotton plant grows to 1.5 meters in height, and some 50 centimeters in height. We use trickle irrigation and mechanized cotton topping technology with all the plants almost at the same height in China.

Spending six dollars a day or 700 to 800 yuan ($119.2) a month seems like the trigger point for introducing agricultural mechanization in Pakistan. We really hope to establish a model project in Pakistan, using our own seeds and machines to let Pakistani people truly see the effect of mechanized operations," Xi concluded.

Gu Jie, the head of the Central Asia Comprehensive Experimental Station of the Cotton Research Institute of the Chinese Academy of Agricultural Sciences, has long promoted cotton farming techniques in Central Asia. "When the output-to-input rate of cotton cultivation reaches 4 to 1, the farmers will consciously consider using machinery. Now that it is difficult to bring in equipment in Pakistan, we Chinese can initially export the two key technologies of flood irrigation as well as soil testing and formulated fertilization. As far as I know, these two technologies have been popularized in Kyrgyzstan, and have been adopted in one-third of Tajikistan.

Gu particularly pointed out that most of the countries that respond to the Belt and Road Initiative live on farming and herding. Agricultural cooperation must be put on the agenda. "The Belt and Road Initiative will eventually be implemented by the enterprises. The seed breeding is our core technology. If the irrigating and fertilizing technologies can be properly combined and transferred with part of seed breeding technologies, the initiative will be more active. The policy is supposed to be in line with strategy. In current international trade environment, properly and conditionally transferring agricultural production out of China will resolve core risks and reduce the probability of counter killing. China should be more proactive," Gu added.

When the reporter talked with Hanif Khan, Pakistani Habib Bank's general chief representative in China, about the second International Textile Exhibition in Lahore, he said,"2001 was the heyday of Pakistan's textile industry. China joined the FTA the same year. We have been very happy to see the rapid development of China's textile industry over the years. Now Pakistan's market share is not as good as before. When cotton shortage occurs, do you think China has a duty to help?" 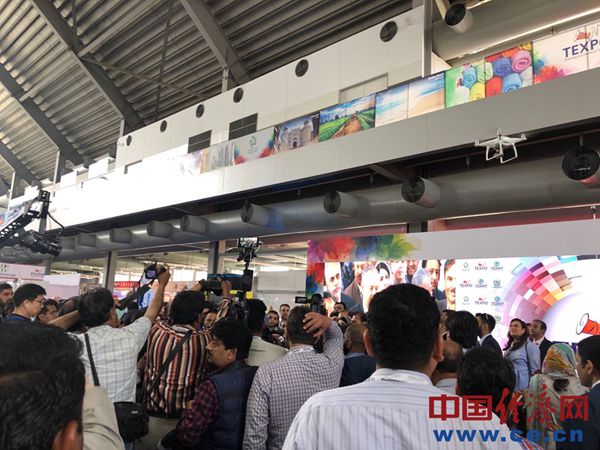 On the opening day of the 2nd International Textile Exhibition in Pakistan, Abdul Razak Dawood, advisor to Pakistani prime minister on commerce, textile, industry and production, and investment, extended the interview time for the reporter. In addition to telling that the second phase of China-Pakistan FTA is scheduled to be signed on April 28, he explicitly expressed his hope that China will help Pakistan in the fields of industrialization and agricultural technology.

The article is translated by Chen Jinglin and Liao Yifan.