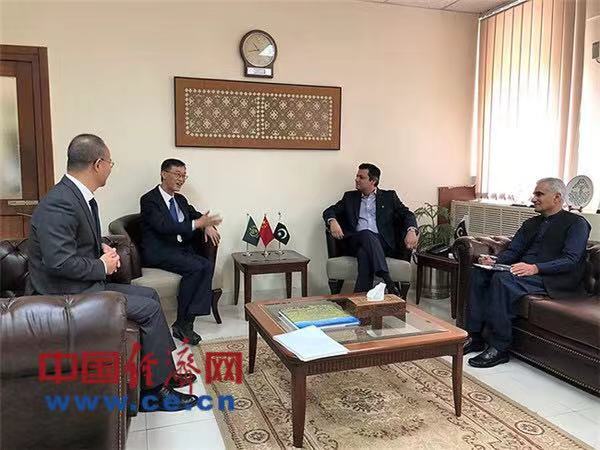 "Traditionally speaking, China is a good friend of Pakistan. I appreciate China’s support for our social and livelihood fields, and I wish we could get more support from China, and our two countries could strengthen cooperation in these fields."

Recently, while meeting with Yao Jing, Chinese Ambassador to Pakistan, Muhammad Hammad Azhar, the newly-appointed Federal Minister for Economic Affairs of Pakistan, has reaffirmed his support for China and the China-Pakistan Economic Corridor (CPEC).

The envoy stated that Minister Azhar has rich experience in financial and economic work, and believed that he will lead the Economic Affairs Ministry to play an important role in the economic and social advancement of Pakistan.

Azhar was born to a political family in the 1980s. He graduated with a bachelor’s degree in Development Economics from the SOAS, University of London and completed his postgraduate diploma in Law from the BPP Law School. After graduation, he went in for the law. Azhar joined Pakistan Tehreek-e-Insaf in 2011. He was elected to the National Assembly in 2018 Pakistani general election. Then he was inducted into the federal cabinet of Prime Minister Imran Khan and was appointed the federal minister for revenue. In July 2019, Azhar was appointed the federal minister for economic affairs.

As the-then federal minister for revenue, Azhar indicated in March 2019 the urgency to stabilize his country’s economy because the trade surplus and current account deficit when the new administration just took office were as high as $37 billion and $19 billion, respectively. To realize the long-term healthy growth of economy, the Pakistan government commits itself to driving economic transformation, and has broken a new ground in which private sector guides economic growth.

Azhar said, Pakistan will introduce other reform measures to better support economic development. They include further simplification of tax policies and enhanced communication with all levels of commercial chambers and trade associations of Pakistan to grasp a full picture of the difficulties met by businesses in operation and their core concerns. In addition, Pakistan will also develop tax incentives to ensure policy continuity and attract foreign investment.

In June 2019, Azhar released the budgetary proposals for the next fiscal year 2019-2020 at the National Assembly, the first time for the current Pakistani government to develop and release a guidance document on the annual economic policy since it took office last year. The outside world believes that the document reflects the general idea of the government to navigate the Pakistani economy through the current predicament. Azhar said that his country will continue to work for economic stability. However, there will be temporary pains in order to achieve this goal in the shortest possible time.

It is no doubt that CPEC will offer a key pillar if the national leaders of Pakistan including Azhar want to pull their country out of the dilemma now.

Azhar acknowledged the historic friendship with China, and told Ambassador Yao that the new administration of Pakistan attaches great importance to the CEPC initiative, and has set up a task force to coordinate related affairs. The minster also acknowledged the assistance provided by China to the social and livelihood fields of Pakistan. He explained that his country pays much attention to education, vocational skill training, health and affordable housing, and expressed the wish of receiving more support from China and strengthening bilateral cooperation in the said areas. 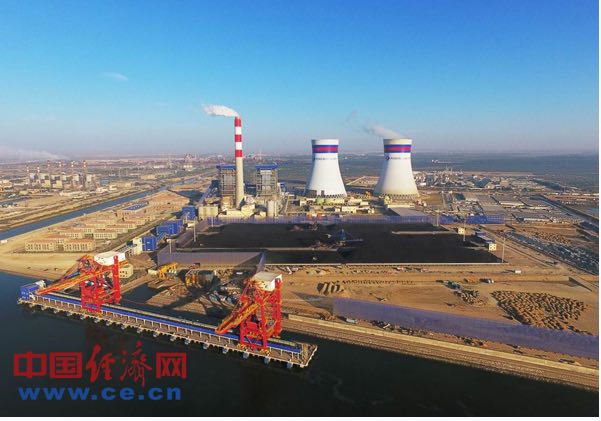 Ambassador Yao said, China and Pakistan are strategic partners of each other, and CPEC has yielded lots of outcomes in energy and infrastructure construction in its first phase. According to a news report of Xinhua News Agency in May 2019, China-Pakistan cooperation in energy has progressed rapidly in the past five years, seeing the completion and roll-out of seven energy projects which meet the electricity demand of 8.6 million households. In 2018, the Port Qasim Power Station and the Sahiwal Power Station combined to generate more than 16 billion kWh of electricity, accounting for a quarter of Pakistan’s generating capacity. The Sahiwal Power Station was dubbed by the Pakistan government as a miracle in the country’s history of electric power. On August 14, 2019, two coal-fired power plants of 660MW each constructed by China Power Hub Generation Company (Private) Limited in Balochistan smoothly completed the 168-hour combined cycle trial operation and also passed other assessment tests prescribed by the Pakistan government. Both will be officially put into commercial operation. After the official operation, the two power plants will provide Pakistan with 9 billion kWh of clean, cheap and continuous electricity every year, which will greatly alleviate the current energy shortage in the country, help it achieve energy independence and structural adjustment, reduce the cost of electricity consumption in manufacturing, and sharpen global competitiveness of exported goods. It is expected that most of the energy projects under CPEC will be completed before the end of 2019, which will significantly relax the current energy shortage issue in Pakistan and benefit the common people. 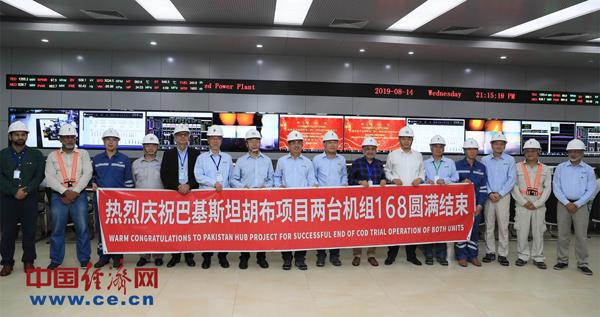 In the field of infrastructure, the Pakistani “Orange Line” rail transit project undertaken by the Chinese enterprise was put into operation in 2018, and it reduces travel time from two-and-a-half hours to 45 minutes, thus saving about 70% of the time for locals. The metro train will transport up to 250,000 passengers daily and its capacity will be raised to 500,000 by 2025 in stages. The then Chief Minister Shahbaz Sharif of Punjab said the “Orange Line” is a significant gift for Lahore citizens, and people from all walks can benefit from the project. According to the Economic Daily, at the end of July 2019, the Multan Sukkur Motorway (M5), a component of the multi-phase Peshawar Karachi Motorway which is the largest transportation infrastructure project under the CPEC framework, was completed two weeks earlier. The Sukkur Multan section, 392 kilometers running from north to south through 14 administrative divisions of Punjab and Sindh, covers a population of 90 million. The areas along the M5 motorway contribute about 60% of Pakistan’s GDP, and form an economic artery.

According to Xinhua News Agency, statistics show that the CPEC initiative has created 70,000 direct jobs for the locals in the past five years, and per capita income has increased by 23%. Based on incomplete statistics, 17 projects under CPEC paid taxes of $930 million to the Pakistan government. According to data from the Ministry of Finance of Pakistan, the country’s GDP growth in the 2013-2014 fiscal year after the start of the construction under CPEC increased from 3.7% in the previous fiscal year to 4.14%, and has since then maintained growth, hitting 5.79% in the fiscal year 2017-2018.

A report by the Economic and Commercial Counselor’s Office of the Chinese Embassy to Pakistan in April reads that under second phase of CPEC, promotion of industrial cooperation on the basis of special economic zones will be a priority area, and investment in private sector and establishment of joint ventures will be encouraged. China and Pakistan will also cooperate in social programs. China will invest $1 billion in 27 projects in education, health, agriculture, irrigation, human resource development and poverty alleviation sectors. Moreover, under the free trade agreement phase-II between China and Pakistan, China will provide market access to 90% of Pakistani commodities at zero duty to help the latter correct trade imbalances. This is estimated to increase Pakistan’s exports to China by $500 million.