The tour is part of the efforts of the Chinese Consulate in Karachi to promote Baloch media’s understanding of China, particularly in aspects of its rapid development in the past 30 years and tremendous achievements in poverty alleviation, and the impact of the CPEC projects undertaking in Balochistan.

Extending cordial welcome to the delegation, Cui Jun, Editor-in-Chief of China Economic Net, a major national economic news portal, introduced programs produced by CEN and broadcast in Pakistan, such as CPEC TIME in Urdu aired on PTV, and Belt & Road - Face to Face dubbed in Baloch and aired on VSH television.

The delegation acknowledged the contribution of CEN in facilitating media exchanges between China and Pakistan, timely reporting of the CPEC projects and promoting the export of Pakistani products to the Chinese market through its news and programs. 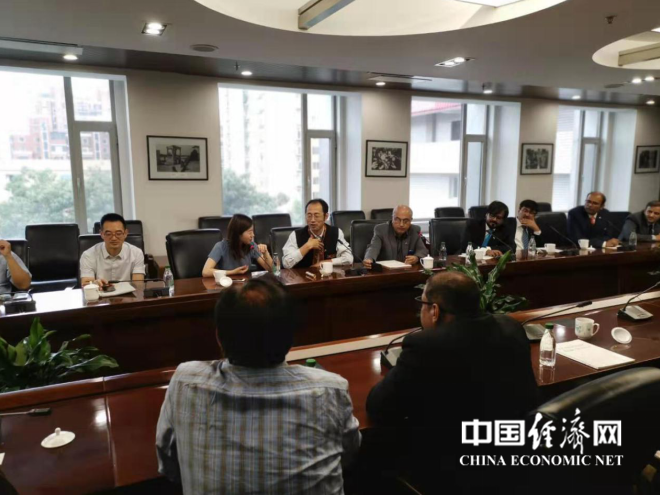 The two sides held heated discussions on media development and transformation. Cui introduced the experience of China Economic Net. The delegation expressed the hope to work closely with China Economic Net in the future to grasp the trend of media integration, and to work together to promote bilateral economic and trade ties and China-Pakistan friendship.

Apart from seeking media cooperation, large projects in Balochistan invested by Chinese enterprises are also major concerns of the delegation.

Saindak Copper-Gold Project, located in the remote north-west areas of Balochistan, is a joint venture between Metallurgical Corporation of China Limited (MCC) and a Pakistani company Saindak Metals Limited (SML). Entrusted by MCC, its subsidiary MCC Tongsin Resources Ltd has been managing the project.

To have a comprehensive knowledge of Saindak Copper-Gold Project, the delegation visited the headquarter of MCC in Beijing, and received warm welcome from Zou Jianhui, director of MCC Mining Management Department, who briefed the guests on the profile of MCC. During the meeting, General Manager of MCC Tongsin Resources, Mr. Wang Jicheng informed the delegation that in the past 17 years, Saindak Copper-Gold project has been dedicated to fulfilling its social responsibilities for the local community, and contributed a lot to the provincial and federal governments in revenue and taxes. It has employed over 2,000 Pakistanis, with 85% being Baloch, and built infrastructure such as road, hospital, primary school, water and electricity supply system etc. for the adjacent villages.

The living standard of the local community has been dramatically improved since the company took over the project. Above all, close bonds between the Chinese workers and Baloch people have since then been rooted and blossomed.

Wang said, “The company has met mounting difficulties and challenges, such as less minable ores of the north and south ore bodies, in continuing the operation of the Saindak project, but we are struggling to sustain this project, bearing in mind of the employees who would lose job if we quit, which worries us more than the difficulties the company faces.”

Touched by the words of Mr. Wang, the delegation members expressed strong wishes to view the project on spot, and called for the company to explore other ores with permission of the government. They said, “the Saindak project mirrors the Chinese enterprises that are innovative and advancing with times. They are forging towards the center of the world and exerting their influence to facilitate the building of a community of shared destiny.” 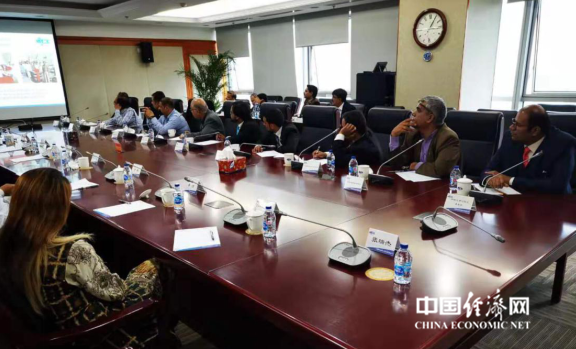 Balochistan media delegates are informed of the progress of Saindak Copper-Gold Project in the headquarter of Metallurgical Corporation of China Limited (MCC) in Beijing, capital of China, on September 10th, 2019. (China Economic Net / Zhang Ruijie)

The plant is a joint venture of China Power International Holding Ltd.(CPIH) and Pakistan HUBCO. Labeled as the early harvest energy project, it was the first CPEC project completed in Balochistan, and would also be one of the largest power project in the province. The plant was designed to add 9 billion kWh of electricity to the national grid every year, meeting the electricity needs of 4 million households in the country and will provide massive relief to its beneficiaries who will no longer have to plan their daily routine according to the load-shedding schedule.

In terms of environmental protection, Mr Huang said the operation of Hub coal-fired plant strictly abides by China’s standard on curbing emissions, and has gained recognition from the Pakistani government. Besides, the company designed a plan of “green plant” at the initial stage, and introduced a “zero drainage” sewage disposal system that can purify the water and later used for irrigation.

The delegation appreciated China Power for the in-time completion of the plant to alleviate the power shortage in remote areas, and wished the company could further develop wind power and other renewable energies in Balochistan.

Members of the Balochistan media delegation pose for a group photo along with officials of China Power International Development Limited in Beijing, capital of China, on September 11th, 2019. (China Economic Net / Zhang Ruijie)

In Beijing, the delegates visited the Forbidden City, the Great Wall and other attractions and related cultural exchange projects. The Pakistani Embassy in China hosted a banquet for the delegation, and Pakistani Ambassador to China Naghmana A. Hashmi held talks with members of the delegation. 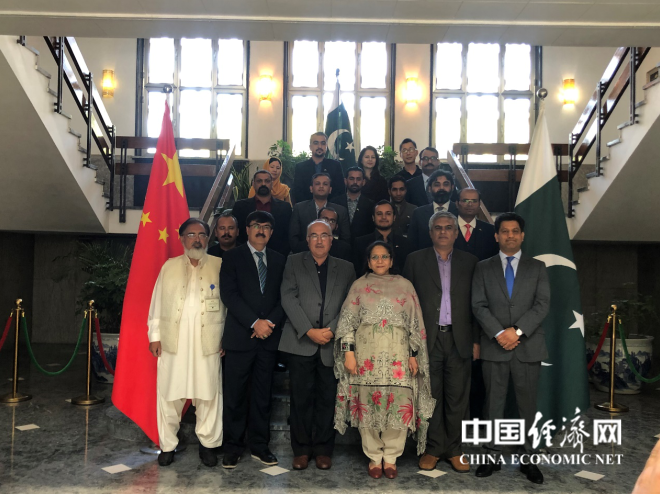 Before they leave China, members of the Balochistan media delegation pose for a group photo along with Naghmana A. Hashmi (C), Pakistani Ambassador to China, in Pakistani Embassy in Beijing, capital of China, on September 18th, 2019. (China Economic Net / Shi Yu)

Concluding their journey across three major cities of China, leader of the delegation Ayub Tareen, who visited China for the first time, expressed strong affection for this nation and the Chinese people who he lauded as “friendly, optimistic and loving to share.”

Ayub said his perception of China has been utterly changed after they toured around the three major cities, especially Shenzhen, a metropolitan that is vibrant and thriving under the favorable policies of the central government.

“It reminds me of my hometown Balochistan. Because I hope the cooperation between China and Pakistan could be wider and closer, and there will be more projects in Balochistan so that we can benefit from the dividend of such reciprocal cooperation, and transform the province into a prosperous place like Shenzhen,” he added.