A first Pakistani student gave birth to a healthy baby girl, four days ago in Wuhan, the epicenter of the battle against the novel coronavirus and capital of Hubei province, China. 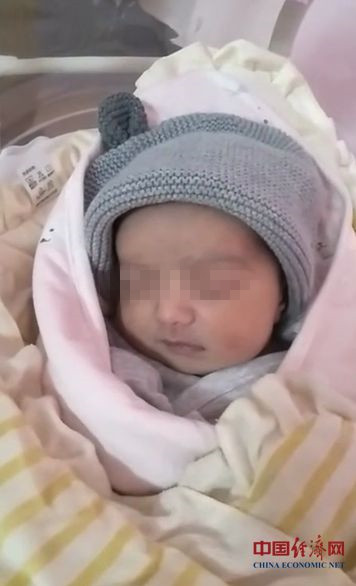 Photo shows the first Pakistani baby born in Wuhan during China's battle against the novel coronavirus.

Talking to China Economic Net (CEN) reporter, the father of the newly born baby, named Jawad said, his wife is pursuing her Ph.D. degree in Law at Wuhan University. She was expecting a baby in March this year and that’s why they had the confirmed tickets to go back to Pakistan for this purpose but unfortunately due to the novel coronavirus outbreak, they got stuck in Wuhan.

"We approached the local government and informed it regarding our family situation, after the government came to know our situation, we were immediately provided with transport and a translator facility. Since then, we started visiting the hospital frequently and were also ensured by the government for every kind of other cooperation," the father mentioned. Photo shows the father of the newborn baby.

“We are still in hospital but don’t face any problem here. I do not think like if I am outside my country because the local government, community and medical staff at hospital made us feel just like home”, he added.

The father said he already has two children and the birth of new baby girl in these special circumstances has increased the excitement and joy of the family.

The international students office of Wuhan University was frequently in touch with them and provided all possible cooperation, a Muslim restaurant daily providing free three times meal. The officials of the Pakistan Embassy also visited here and are regularly in contact with them, he mentioned.

"The Chinese government is taking care of us more than its own citizens and I want to extend my whole-hearted gratitude to it for all the help and assistance," he stated.

A well-placed source told the reporter of CEN on the condition of anonymity that three more Pakistani students are expecting to have babies in Wuhan in coming few weeks.

The newborn baby girl tested negative for the novel coronavirus after examination while mother and daughter are currently in stable condition.

Mr. Jawad highly appreciated the tireless efforts of Chinese government and people for the prevention and control of COVID-19 and told that with utmost discipline, devotion and sacrifices, China is quite near to curb the virus soon.

While concluding he told that he was very much impressed with the effective measures taken by China to prevent the virus for the safety of its citizens and the whole world community.