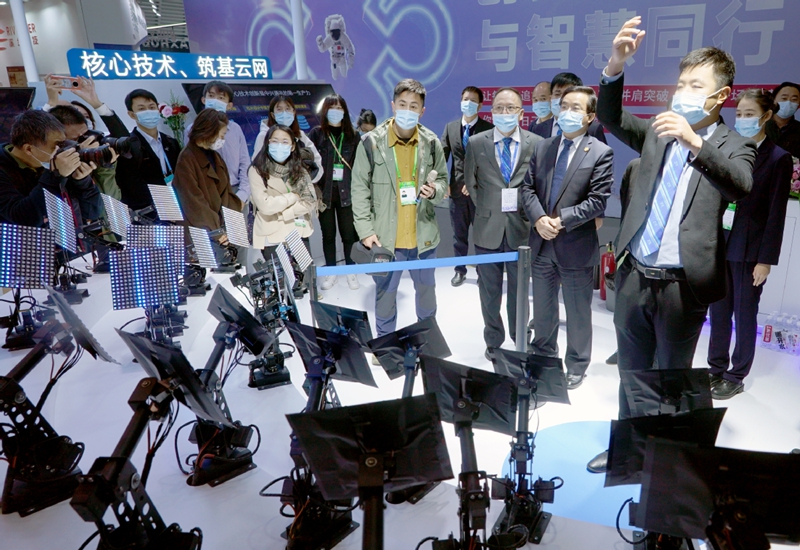 China has been ranked second in the world in terms of internet development, after the United States, and has steadily maintained its upward trajectory, a new report said on Monday.

According to the latest Global Internet Development Index, the ranking was based on six parameters: infrastructure, innovation capacity, industrial development, internet application, cybersecurity, and cyberspace governance. China was placed second, with Germany, the United Kingdom and Singapore in the top five, according to the Blue Book for the World Internet Conference.

"This is the fourth year for the release of the blue book during the World Internet Conference, and its findings are becoming a characteristic of global internet research," said Xia Xueping, head of the Chinese Academy of Cyberspace Studies, during the event in Wuzhen, Zhejiang province.

Investment in the 5G sector by China's three largest telecom operators is set to more than triple to 180 billion yuan ($27.42 billion) on a yearly basis in 2020. China has 362 million active users of the IPv6 protocol, the communications protocol that provides an identification and location system for computers on networks and routes traffic across the internet, with the total user numbers set to reach 1.44 billion.

The reports come at a time when concerns are rising about global internet development due to COVID-19 related uncertainties. "In such a situation, it is more important for people across the world to cooperate and work together for a shared future," said Xia.

To date, there are more than 480,000 5G base stations being built across the nation, and China's digital economy has reached a scale of 35.8 trillion yuan, accounting for 36.2 percent of the GDP, said Li Yuxiao, deputy head of the Chinese Academy of Cyberspace Studies.

Livestreaming has become one of the innovative internet-related businesses to see rapid growth in China and by June this year has 562 million users.

China's internet development is and will always be centered on people. Since the COVID-19 outbreak, there has been a growing demand for e-commerce, online education, online disease diagnosis, online entertainment, and work from home. These requirements have spurred digital services in the respective sectors, said Xia.

Education is one of the examples. There were 381 million online education users across China by June, accounting for 40.5 percent of China's netizen population. People from the government, institutions, and enterprises are all actively exploring the best experience for online education, said Zou Xiaoxiang, head of the informationization research institute of the Chinese Academy of Cyberspace Studies.