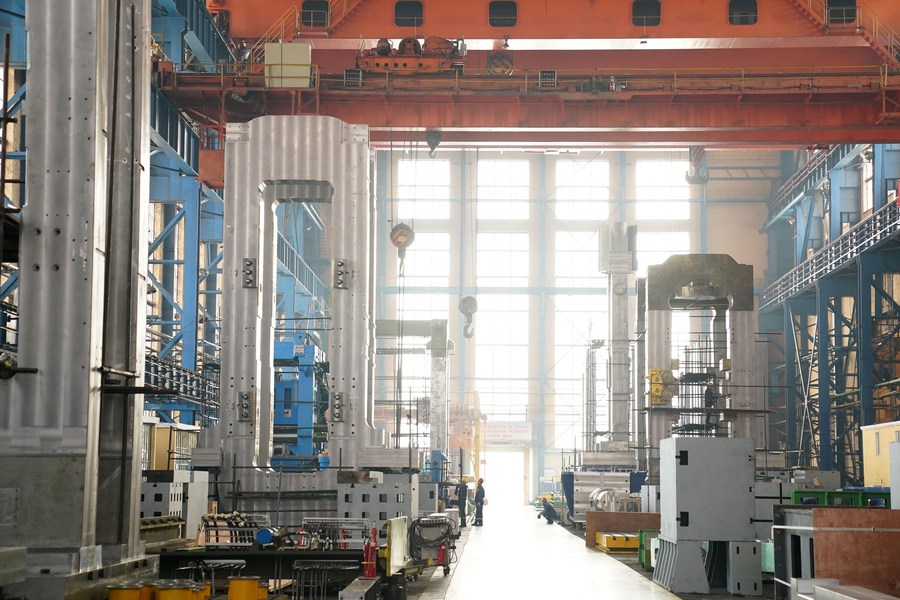 China's industrial profits grew at a faster pace in October as the economy continued its robust recovery, with steady improvement in the supply-demand relations and company operations.

The pace of growth quickened by 18.1 percentage points from September.

In the first 10 months of the year, the profits of major industrial firms expanded 0.7 percent year on year to 5.01 trillion yuan, reversing the 2.4-percent decline in the January-September period.

Profits in 25 of the 41 surveyed industrial sectors rose from the same period last year, with 12 sectors posting a double-digit increase, according to Zhu Hong, a senior statistician with the NBS.

The equipment manufacturing sector, the largest contributor to the industrial profit growth, saw its profits rise 9.6 percent year on year, Zhu said, adding that the pace of growth accelerated 0.8 percentage points from the January-September period.

Among the sectors, the electronics industry has maintained double-digit aggregated profit growth as of April, while the profits of the special equipment manufacturing industry saw a notable increase of 22.9 percent in the first 10 months.

Thanks to various government policies to stabilize infrastructure investment and spur auto consumption, the auto manufacturing industry's profits increased 6.6 percent, a pace 3.6 percentage points faster than that in the January-September period, Zhu said.

The country's auto sales rose 12.5 percent to 2.57 million last month. The rise marked the sixth consecutive month of double-digit year-on-year growth, according to the China Association of Automobile Manufacturers.

Industrial firms in the private sector reversed the January-September drop to see their profits grow 1.1 percent year on year in the first 10 months, said Zhu, attributing the growth partly to the country's strengthened financial support for the real economy.

Looking ahead, Zhu said that the country should focus on expanding domestic demand while stepping up efforts to stimulate the vitality of market entities and unleash consumption potential.

China's value-added industrial output, an important economic indicator, went up 6.9 percent year on year in October, while the retail sales of consumer goods climbed 4.3 percent, data from the NBS showed.