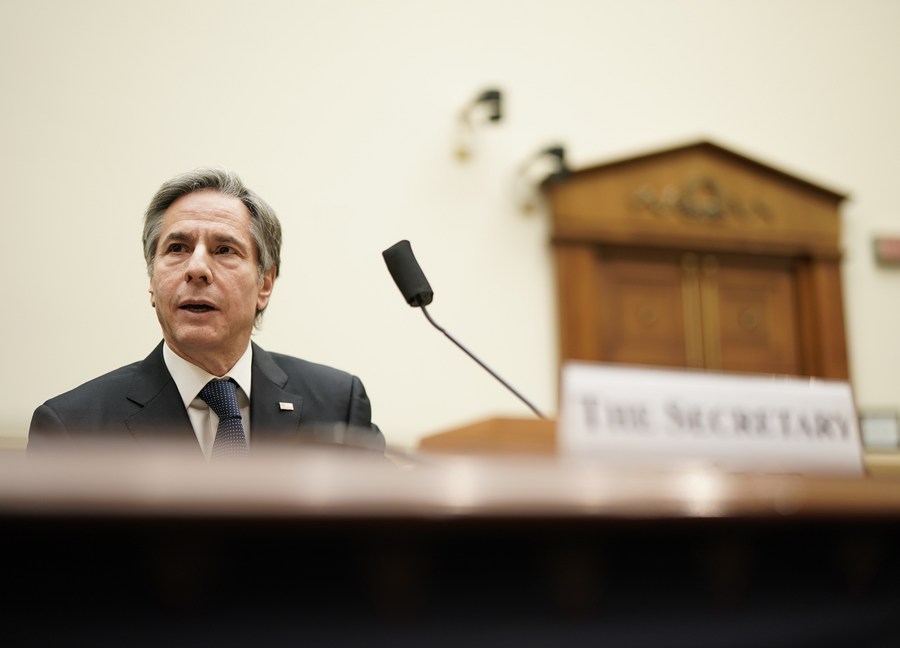 "We will use every diplomatic, economic assistance tool at our disposal, working hand-in-hand with the international community, first and foremost to ensure that those who want to leave Afghanistan after the 31st are able to do so," U.S. Secretary of State Antony Blinken said.

U.S. Secretary of State Antony Blinken said on Wednesday that the United States would work to ensure Americans and Afghan partners could leave Afghanistan beyond Aug. 31, the planned deadline for the ongoing evacuation led by the U.S. military.

President Joe Biden confirmed on Tuesday that his administration aimed at completing evacuation by Aug. 31, while asking for contingency plans to adjust the timeline if necessary.

There is no deadline on the work to help Americans and those Afghan partners who remained in the country to leave, Blinken told reporters in a pressing briefing. "That effort will continue every day past Aug. 31."

"We will use every diplomatic, economic assistance tool at our disposal, working hand-in-hand with the international community, first and foremost to ensure that those who want to leave Afghanistan after the 31st are able to do so," said Blinken when asked about steps to take to assure "high-risk Afghans" would not be left behind after the U.S. military withdrawal. 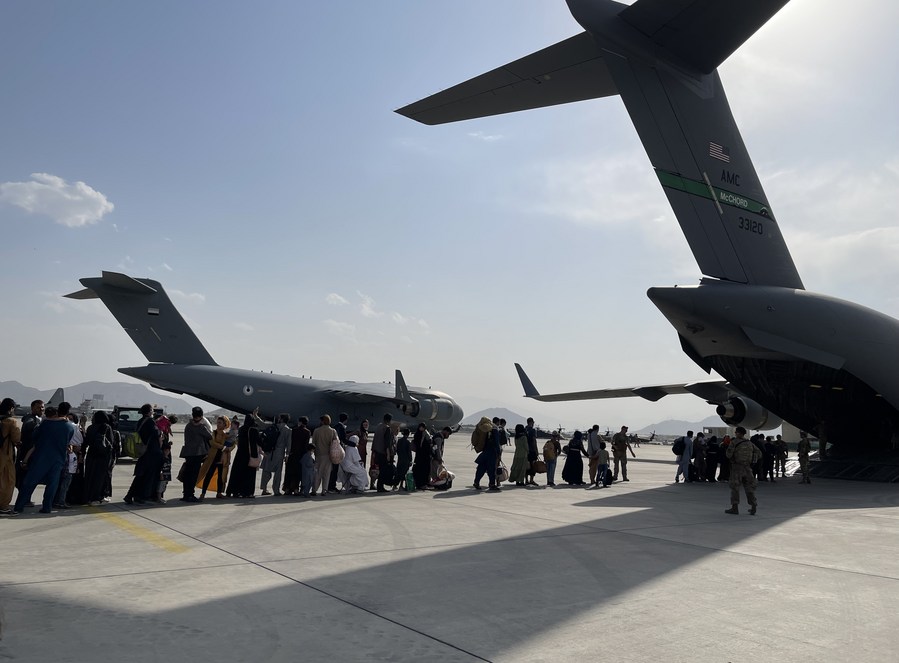 People queue up to board a military aircraft of the United States and leave Kabul at Kabul airport, Afghanistan, Aug. 22, 2021. (Xinhua)

The top U.S. diplomat said that the Afghan Taliban had made "public and private commitments to provide and permit safe passage for Americans, for third-country nationals, and Afghans at risk going forward past August 31."

However, the latest statement from the Taliban showed they might be unwilling to cooperate with Washington on this issue.

"We are not in favor of Afghans to leave, we are not happy with departure of Afghans," Taliban spokesman Zabihullah Mujahid said on Tuesday. "The crowds have not been cleared outside the airport. We want the Americans to bring changes in their policy of encouraging Afghans to leave."

The United States has been scrambling to evacuate Americans and its Afghan partners from the country since the Taliban entered the capital Kabul on Aug. 15.

Blinken said in the briefing that at least 4,500 U.S. citizens had been evacuated since Aug. 14, with approximately 1,500 Americans remain in the country. 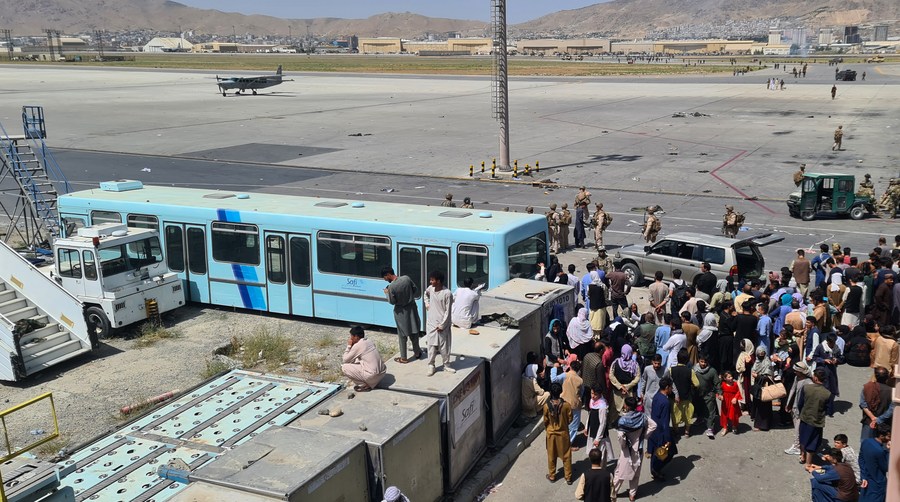 According to Blinken, about 500 have been contacted with instructions on how to reach the airport, and not all of the rest 1,000 Americans are seeking to leave Afghanistan. He said some of them might already leave the country, some may want to stay, and some may not actually be U.S. citizens.