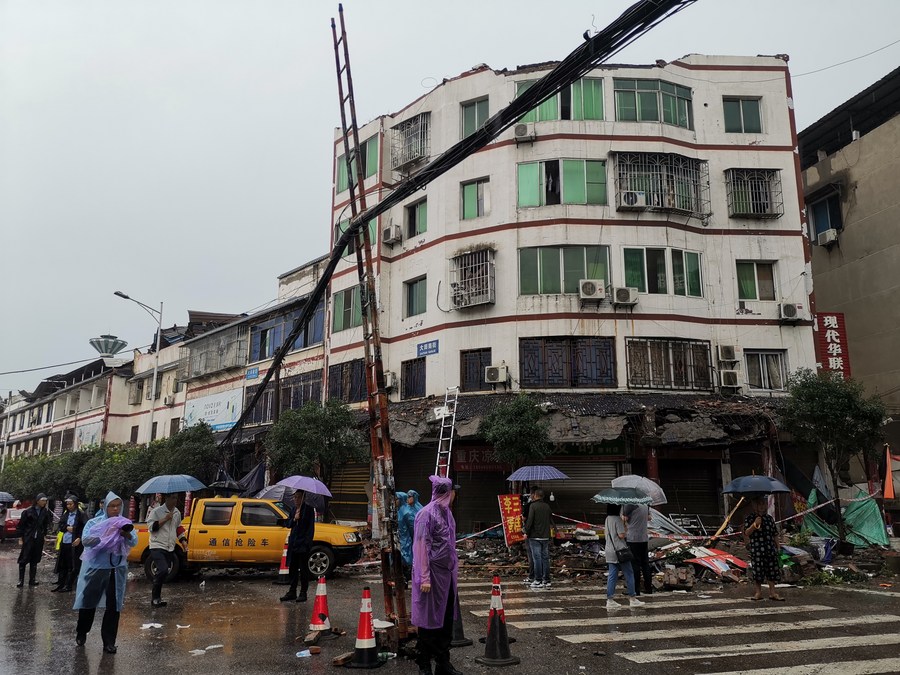 Three people were confirmed dead and 60 others were sent to hospital after a 6.0-magnitude earthquake jolted Luxian County of Luzhou City, southwest China's Sichuan Province.

Among those hospitalized, three were seriously injured, according to the city's emergency management bureau.

According to the China Earthquake Networks Center, the earthquake occurred at 4:33 a.m. The epicenter was monitored at 29.2 degrees north latitude and 105.34 degrees east longitude. The quake struck at a depth of 10 km.

Approved by the provincial government, the earthquake relief headquarters of Sichuan has activated a level-II response, the second highest in China's four-tier earthquake emergency response system.

After the quake, Luzhou City has launched a level-I emergency response and nearly 3,000 people have been mobilized for rescue. Tents have been set up for the residents' temporary evacuation in a village of the county's Fuji Township.

Some telecommunication base stations and cables were damaged.

The Luzhou high-speed railway station has been closed, according to railway authorities.

All coal mines have been ordered to halt underground operations and evacuate miners in shafts.

Zhang Zhiwei, deputy head of the Sichuan earthquake administration, said the quake, unlike the devastating Wenchuan Earthquake and Lushan Earthquake in the province, happened in the fracture zone of Huaying Mountain.

An expert analysis concluded that a more serious earthquake is unlikely in the area, but aftershocks may occur.