-- Rural vitalization is in full swing throughout China after the country eradicated absolute poverty.

-- China has underlined efforts to pursue rural vitalization based on local specialty industries and make better use of science and technology in promoting the agricultural sector.

-- Talents with various backgrounds including university graduates and technical personnel and those who are interested in rural development have been called on to jump on the bandwagon of rural vitalization.

Li Xingguo, a senior geological engineer, visited a remote mountainous village in east China three times over the past two months. However, he was not there to discover mineral resources but a path to rural vitalization for the village.

Rural vitalization is in full swing throughout China after the country eradicated absolute poverty. This year, the nation is embarking on a new journey of fully building a modernized socialist country, with agriculture and rural areas being an important part of the cause.

In order to boost the development of local villages, Yuexi County of east China's Anhui Province launched a campaign this July -- recruiting 100 talents with doctorate degrees to assist 100 villages for one year.

Li, 58, signed up immediately when he saw the recruitment. He was then appointed as honorary head of the village of Henan about 40 km from downtown Yuexi. 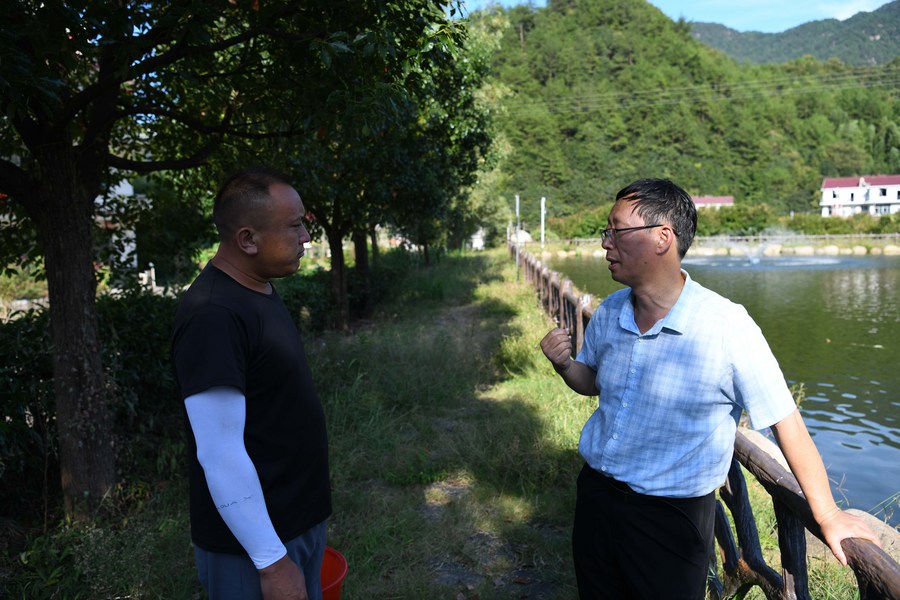 "I was born and raised in the countryside, and I've met a lot of farmers during my work over the past 30 years. Therefore, I have a deep feeling for them and want to make a contribution to rural development," said Li, a doctorate-degree holder from north China's Tianjin Municipality.

Like Li, more and more talented people have chosen to go to the countryside to make their own contributions to the country's rural vitalization.

The Chinese government has always regarded issues relating to agriculture, rural areas and rural people as its top priority. It has underlined efforts to pursue rural vitalization based on local specialty industries and make better use of science and technology in promoting the agricultural sector.

Shortly after his arrival in the village, Li started to help locals identify business potentials.

Surrounded by mountains, the village of Henan enjoys a great environment and abundant water resources. A well has been dug in preparation for the opening of a mineral water plant in the village.

Li took back a bottle of sample water from the well to Tianjin, where a lab test showed that the water contains the element of strontium, providing a scientific reference for further investment. Thanks to Li's promotion, a businessman from Beijing came to the village in September to assess its tourism prospects, and reached a preliminary cooperation intention with the village. Li worked in the village for 15 days in the first month, much longer than the three-day minimum requirement per month regulated in the contract.

"I never expected someone with a doctorate degree could come to our village. We hope Dr. Li can take advantage of his profound knowledge, advanced concepts and personal connections to help the development of our village," said Jiang Changping, Party chief of Henan Village.

Talents with various backgrounds including university graduates and technical personnel and those who are interested in rural development have been called on to jump on the bandwagon of rural vitalization.

Nearly 10,000 competent personnel including entrepreneurs and veterans have been recruited to work in rural areas in east China's Shandong Province in recent years, and 3,819 of them were selected as village Party chiefs.

Northwest China's Ningxia Hui Autonomous Region has decided to establish a youth talent pool to cultivate at least 1,000 "new farmers" every year who are good at entrepreneurship and familiar with the technology.

Different from Li who was recruited by the government, former journalist and director Zhang Zhengang came to the countryside of his own accord to pursue a country life and conduct his rural vitalization trial. 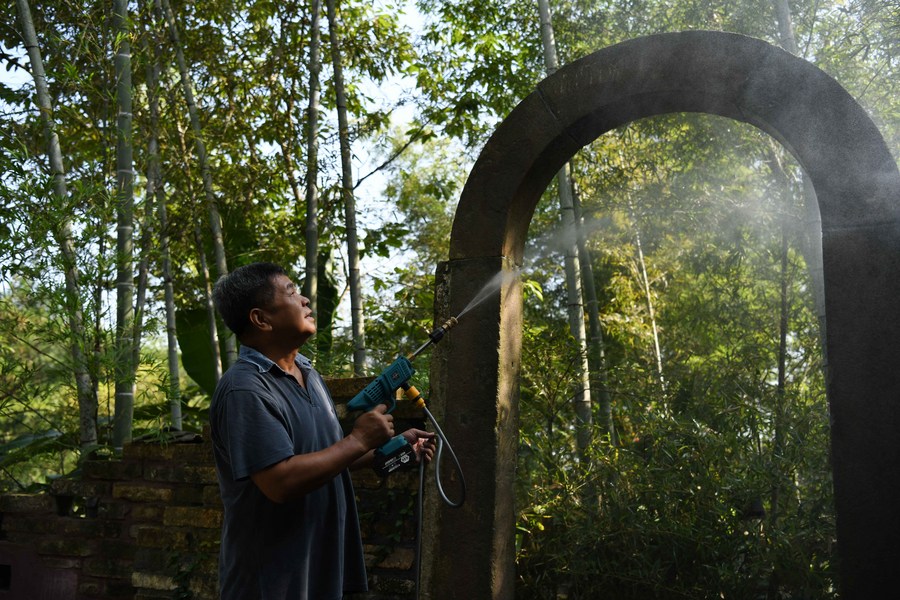 Zhang from the southern Chinese city Shenzhen made a life-changing decision in 2007 -- he bid farewell to urban life in the metropolis and moved to Huangshan, a mountainous area in southern Anhui, where he has been working on his dream house over the past four years.

As China's urbanization picks up pace, some villagers abandon dilapidated houses in rural areas and buy apartments in cities.

Zhang has been thinking of how to bring these villages back to life. Converting old buildings into galleries, restaurants or homestays is a way out for him.

Shiji Village of Yansi Township, located deep in mountains, is one such place. Although the village enjoys beautiful scenery and a great environment, over half of its population works elsewhere due to its remote location and lack of resources.

Over the past decade, Zhang has helped local people design and rebuild their houses and communities in an environment-friendly way.

In 2017, he rented a piece of wasteland in Shiji Village with a dilapidated house and pigsty to turn it into a new building that includes four bedrooms, a bar, a painting studio, and a garden.

The new building is expected to open to the public by the end of this year as a guesthouse, art gallery or even a performance venue, said Zhang. 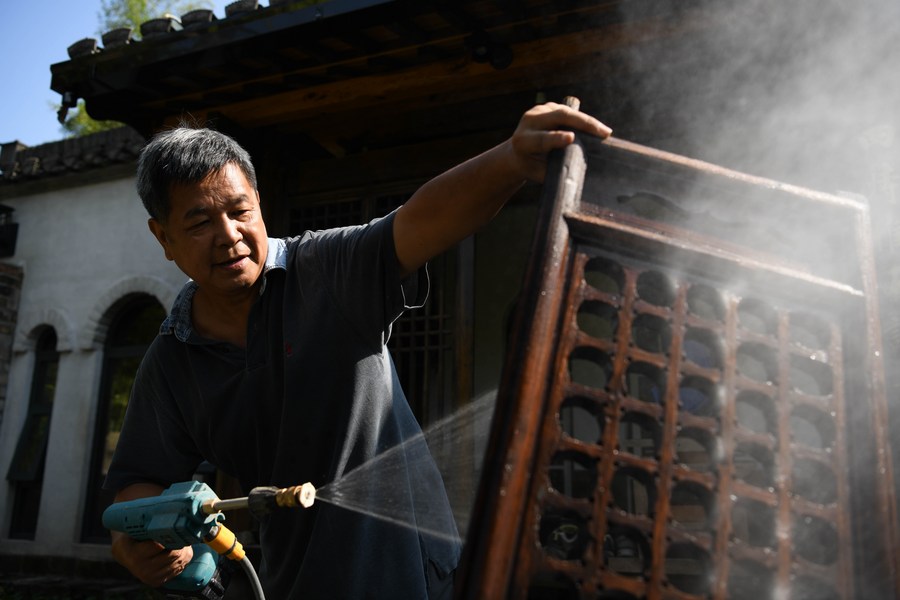 "We're very grateful to Zhang because he reminded us of the beauty and value of our village. Sanitation conditions in the village are much improved, and more and more tourists are coming," said Jiang Zhengchun, a 64-year-old villager, who is rebuilding his house into a homestay.

Many people have returned to Shiji to renovate their homes. At least four households have decided to run restaurant or homestay businesses. The small mountainous village is gradually "waking up" as more people come and stay.

To realize rural vitalization, China needs talented people that can bring know-how, capital and management skills to and are willing to stay in rural areas, said Li Xiaoyun, a professor at China Agricultural University.

However, Li also pointed out that more work needs to be done to improve the infrastructure, public social services such as health and education, and supporting policies in rural areas to attract more talents to come.