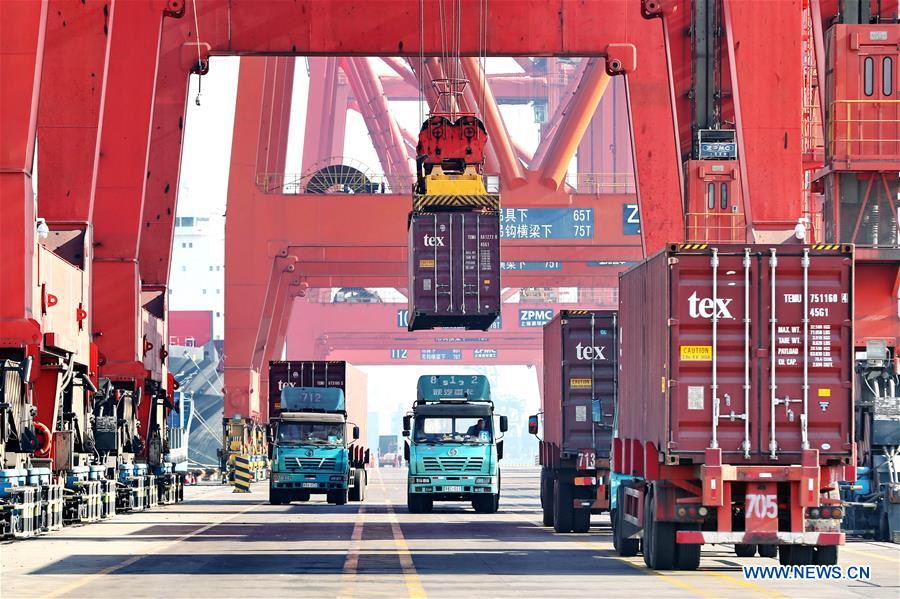 A container is loaded onto a truck at Jingtang port area of Tangshan Port, north China's Hebei Province, Jan. 13, 2018. In 2017. China's road freight transport continued fast expansion in the first nine months of 2018, the Ministry of Transport said in a statement Oct. 20, 2018. From January to September, the amount of cargo carried on roads, which takes up the lion's share in China's total cargo transport, increased 7.5 percent year on year to 28.64 billion tonnes. The growth came amid China's steady economic growth, which stood at 6.7 percent in the three quarters, above the government's annual target of around 6.5 percent. (Xinhua/Yang Shiyao)