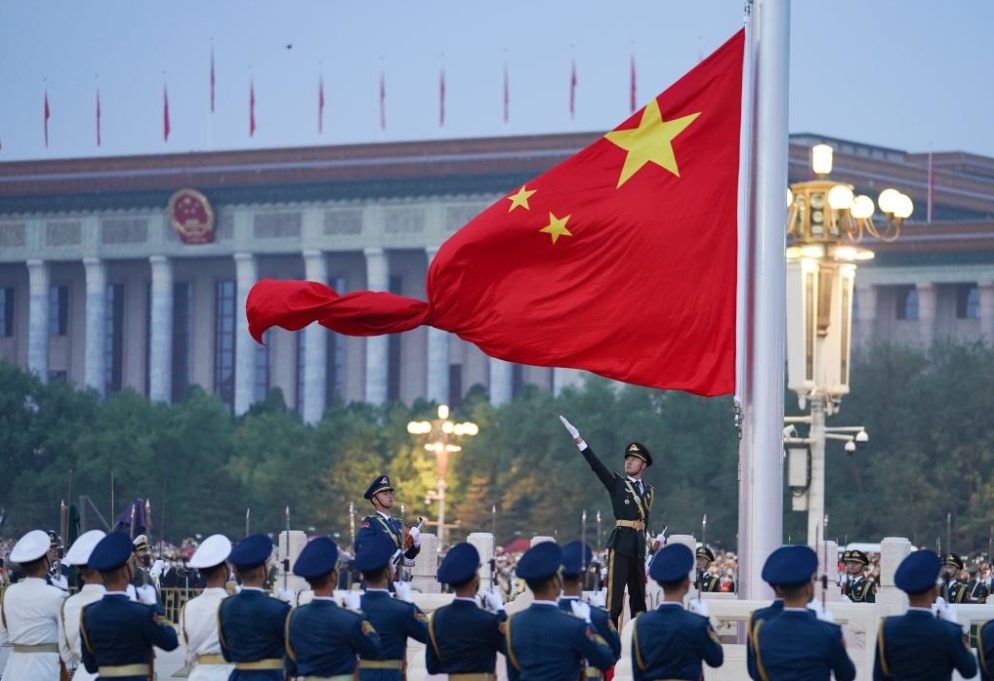 Flag-raising ceremony to celebrate 73rd founding anniversary of PRC held at Tian'anmen Square
What would happen if China gives up current dynamic zero-COVID policy
With the 2022 ITTF World Team Table Tennis Championships opening Friday, some 60 teams from countries and regions across the globe are gathered in Chengdu, a city in the southwest of China which is restoring the normal order of life less than a month after a COVID-19 resurgence.
China to see temperature drop during National Day holiday2022-09-30
Most parts of China will experience a drop in temperatures during the upcoming week-long National Day holiday starting Saturday, an official said Thursday. 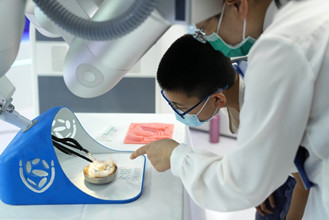 Chinese mainland rises to 11th place on WIPO's innovation rankings2022-09-30
The Chinese mainland has climbed to 11th place on the Global Innovation Index (GII) 2022 released by the World Intellectual Property Organization (WIPO), up one place from its 2021 ranking.
China has been strong buttress to UN, says UNGA president2022-09-30
China has been a strong buttress to the UN, Csaba Korosi, president of the 77th session of the UN General Assembly, said on Wednesday.
Leaders eye closer China-Japan relations2022-09-29
Leaders of China and Japan highlighted the need to further build on two-way relations on Thursday as the countries celebrated the 50th anniversary of the normalization of their diplomatic relations.
More benefits to Chinese females over past decade2022-09-30
Over the past decade, benefits to Chinese women have further increased, as shown by a series of facts and statistics, according to a press conference Thursday.
Chinese premier urges policy implementation to boost economic recovery2022-09-29
Chinese Premier Li Keqiang on Wednesday called for solid efforts to carry out the country's policies aimed at stabilizing economic recovery.
Travelers favor short-distance tours during upcoming National Day holiday2022-09-28
China's domestic tourism market is showing an upswing in short-distance tour reservations for the National Day holiday mainly due to the effective COVID-19 containment measures that have brought recent local outbreaks under control across the country.
Authorities take action to monitor and reduce risks from weather conditions2022-09-28
Climate adaptation is high on the Chinese authorities' agenda as the nation forges ahead with its ambitious targets of peaking carbon dioxide emissions before 2030 and realizing carbon neutrality before 2060.
Education ministry backs English learning2022-09-28
Despite the teaching hours of English at Chinese schools being lower than that for Chinese language and math, its weighting in the national college entrance exam, or gaokao, is the same as those subjects and will not change, the Ministry of Education said.
China unveils plan to improve harmless disposal of sludge2022-09-28
Chinese authorities have unveiled a plan to improve the harmless disposal of sludge to reduce pollution and improve resource utilization.
Profile: A CPC national congress delegate pursuing innovation2022-09-28
Zhang Liming, a delegate to the upcoming 20th National Congress of the Communist Party of China (CPC), is well-known for his innovative prowess.
A look at how Chinese leaders were elected to upcoming Party congress2022-09-28
Fifty-two Chinese leaders were elected as delegates to attend the upcoming 20th National Congress of the Communist Party of China (CPC) in Beijing.
Party steps up fight against corruption2022-09-26
Former vice-minister of public security Sun Lijun became on Friday the latest high-profile official to be punished for corruption after he received a death sentence with a two-year reprieve for taking bribes, manipulating the stock market and illegal possession of firearms.

Stories happening along China-Pakistan Economic Corridor.
Insight
Sino-Pak cooperation on tropical arid non-wood forest making Gwadar green
In Gwadar, the ‘shining pearl’ of China-Pakistan Economic Corridor (CPEC), scientists from China and Pakistan are developing various kinds of plants adapt to the local conditions to make the port city on the sandy land green.
Chinese, Pak universities to build research centre on food security and plant biotech
A Chinese research university and a Pakistani university are to jointly build a research centre on food security and plant biotechnology, as per Dr Wang Depeng, professor at the College of Life Science of Linyi University, in an exclusive interview with China Economic Net (CEN). 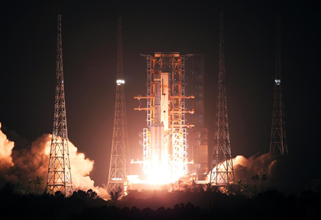