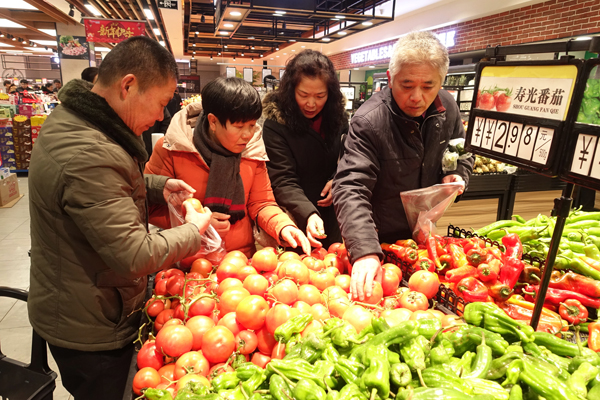 China is enhancing agricultural cooperation with countries participating in the Belt and Road Initiative, expecting to make a greater contribution to global agricultural development and economic growth.

During the forum, Gansu reached agreements with Azerbaijan and Belarus to import quality wheat from Belarus and export its potatoes and olive oil to Azerbaijan.

"We look forward to establishing a more effective partnership with China, hoping to export Azerbaijan organic food and bring in China's agricultural technology, investment and experience."

In ancient times, agricultural exchanges were active along the Silk Road, which had brought in crops including sesame and pomegranate to China and taken Chinese tea and silk to Central Asia.

Zhang of SGRA noted that China has significantly improved its ability to ensure food security in recent years, being able to feed 20 percent of the world's population with 10 percent of cultivated land and 6 percent of fresh water in the world.

"There are still 37 countries in the world that still need food aid. BRI countries have complementary advantages and can promote food trade and cooperation," Zhang said.

According to a national action plan under the framework of the BRI released in 2017, provinces in western China will cooperate with Central Asia in grain, animal husbandry and cotton, while northern provinces will work with the Russian Far East on grain and vegetables, and southern provinces will grow grain and tropical cash crops in collaboration with Southeast and South Asian countries.

Cheng Guoqiang, a professor of Tongji University in Shanghai, said the new round of international agricultural cooperation would help improve integrated production capability in the BRI countries and regions.