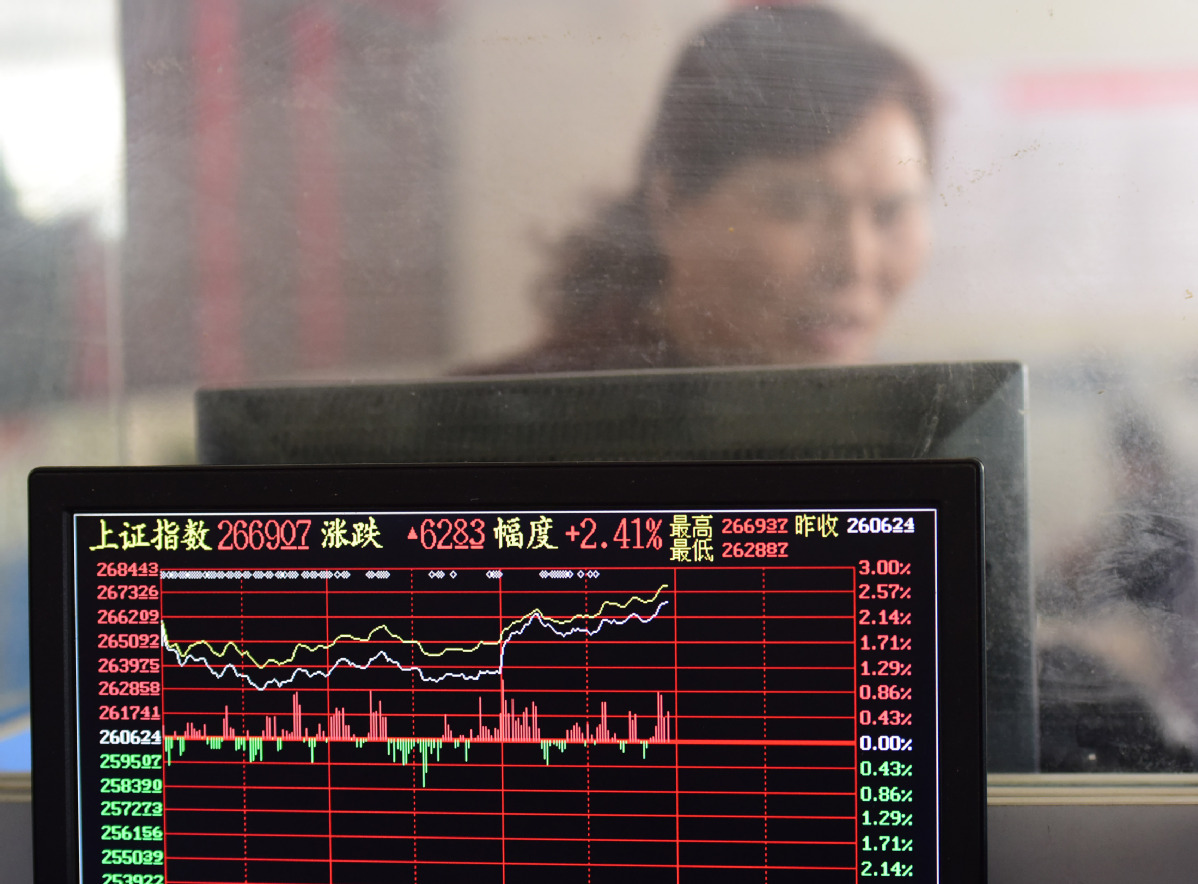 Equities staged a smart recovery on the mainland bourses on Friday, in tandem with other Asian bourses, as sentiment improved on signs of a thaw in trade tensions and efforts by the country to boost the private sector, analysts said.

Net inflow into A shares under the Northbound stock connect programs hit a record high of 17.9 billion yuan ($2.6 billion).

On Thursday, the heads of the world's two largest economies held a telephone conversation, during which the US president said his country attaches great importance to US-China economic and trade cooperation.

Close on the heels of the conversation, the offshore yuan advanced by 146 basis points to 6.9139 against the greenback, while the US dollar index went down by 0.16 percent to 96.2027.

Key ingredients for the recovery in market confidence in Asia are the greenback's moderation, signals of probable easing of Sino-US trade ties, and the expectation of stimulus measures from the Chinese government, Tai said.

President Xi Jinping said the country will unswervingly encourage, support and guide the development of the nonpublic sector on Thursday. This came after the top leadership of the Communist Party of China on Wednesday pledged to solve the challenges facing small and private businesses.

Hong Rong, founder of investor education platform Hongda Education and an MBA tutor at the Shanghai Advanced Institute of Finance, said liquidity in the A-share market would improve on the easing Sino-US trade tensions and cooling concerns over the prospects for the private sector, key factors for low investor sentiment this year.

"The promised policies to boost the market and the economy should be put into place as scheduled to avoid fluctuations, as investor sentiment is still relatively fragile", Hong said.