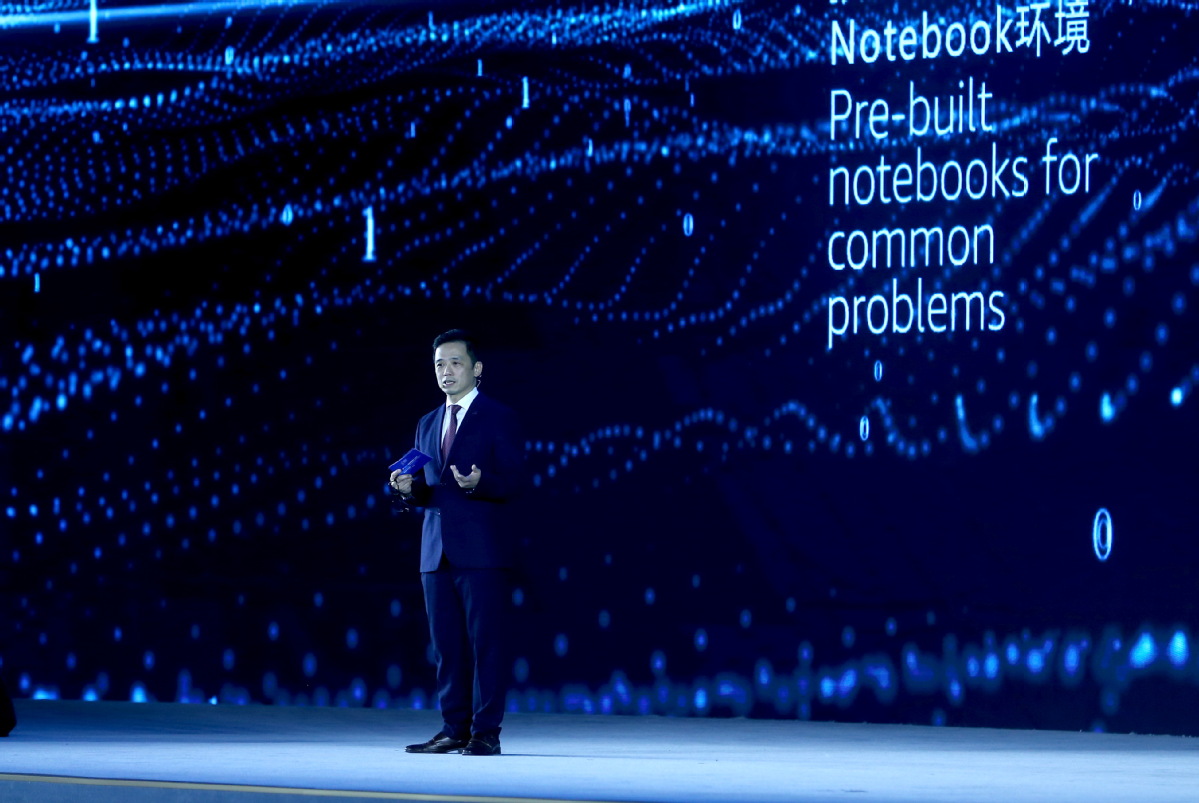 Alex Yung, vice-president and managing director of Amazon Web Services in China, delivers a speech during an award ceremony in Wuzhen, Zhejiang province, on Wednesday. [Photo by Zou Hong/China Daily]

A new batch of leading scientific and technological internet achievements that have changed or are changing people's lifestyles were released during the Fifth World Internet Conference in Wuzhen, Zhejiang province, on Wednesday.

The ceremony aims to showcase the latest global scientific and technological achievements in the internet industry, promoting the concept of making internet technology innovative, green, inclusive and shared.

It will also highlight the extraordinary contribution of internet professionals and build a platform for exchanges in innovation across the world.

It is the third year that cutting-edge scientific and technological achievements were introduced to the public during the conference.

Zhou Hongyi, chairman and CEO of Qihoo 360, said the 360 Brain uses artificial intelligence and big data analysis to provide information about online attacks at the first instance itself. "The earlier we know about the threats, the quicker we can take measures to counter them," he said.

"When we order food, have drinks or deal with governmental affairs, we will use software. Each software may have vulnerabilities, or they may be potentially attacked," he said. "That's why we have developed the 360 Brain, hoping it can help people find the online threats as quickly as it can."

Baidu, the largest search engine in China, and Amazon Web Services, also got awards for their outstanding technological ideas and products.

Wu Hequan, president of the Internet Society of China, applauded the achievements. He said they are not only technological innovations, but also aspects that can change or are changing people's lifestyles.

The latest achievements were selected from more than 400 candidates that had been collected from China and other countries, such as the United States, Germany, France, Russia, the United Kingdom and Canada, since July.

"The selected achievements seek innovation from different perspectives, but they share the same possibility of changing our lives in the future," said Wu.