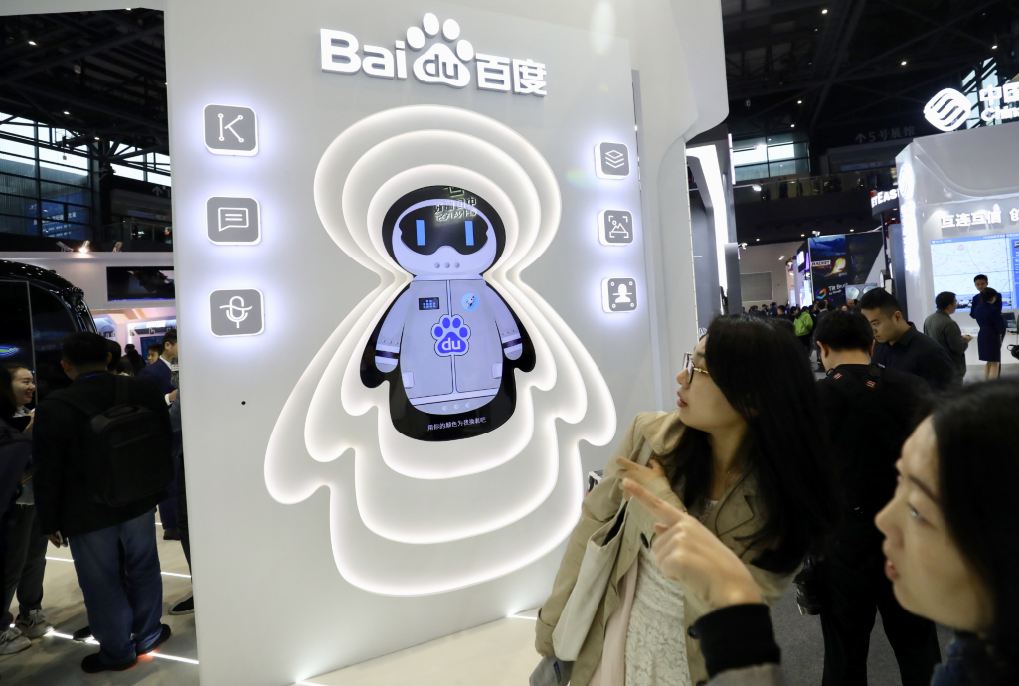 Experts call for sustained, increased investments and support for sector

Technology will continue to be a driving force for global development, industry experts said at the Fifth World Internet Conference in Wuzhen, Zhejiang province, on Wednesday.

Shahzad Gul Aryobee, minister of communications and information technology of Afghanistan, said: "Technology has a major role to play in every aspect of our life. It is also key for economic growth. Governments must invest in its growth and make it an integral part of their agenda."

The minister said that technology has brought remarkable changes to his country's businesses, medical activities and telecommunications. He said Afghanistan has made great efforts in developing its telecommunication infrastructure over the past 15 years, to help its residents receive education and live better lives.

Unlike the insufficient telecommunication infrastructure of 15 years ago, the country now has built more than 5,000 kilometers of optical fibers, "and is planning to build more in the following years", he said.

Thanks to these efforts, about 80 percent of the residents in the country can use mobile phones and enjoy related services, the minister said.

At the same time, technology has helped boost the efficiency of government departments in Afghanistan. For example, the government has issued electronic identity cards as well as simplified the identity process of residents. The country is also planning to further boost telecommunication technologies, hoping to cover more areas, such as schools and hospitals, he said.

Petru Bogdan Cojocaru, minister of communications and information society of Romania, said about 30 percent of the country's GDP comes from technological industries.

Although Romania has witnessed and got benefits from the technology developments, it should do better in more aspects, such as infrastructure, he said.

The minister said the country would like to cooperate with other nations with an open mind and also further study some intelligent projects in accordance with market demands.

Sun Pishu, chairman and CEO of Inspur Group, said the core of technology development is computing. He said it is also one of the main propellers of today's social change and digital economy, which is highly consistent with GDP growth.

He said computing has become the major power to drive the transformation of the IT industry, especially with the emergence of cloud computing, big data, blockchain and artificial intelligence.

"Technologies like smartphones, cloud computing and social networks have completely changed our lives in a quiet but far-reaching way," said Harry Shum, executive vice-president of Microsoft.

He said that artificial intelligence will be the main technology trend that many companies and entrepreneurs get a grip on, but its impact on ethics, law and the society should also be worth noticing.

"What we can be sure about is that AI will bring unprecedented breakthroughs to all aspects including healthcare, agricultural production, education and transportation, and these breakthroughs are happening rapidly."

He said the questions left unanswered about AI include "how to ensure that AI treats everyone equally? How to ensure that AI is safe and reliable to its utmost extent? How to enjoy its benefits while protecting privacy? How we can maintain machines as they become smarter and more powerful?"

To raise the social awareness of AI technology, Microsoft has put forward six principles which are fairness, reliability and security, privacy protection, inclusiveness, transparency and responsibility, which it believes can provide guidelines for ethical AI development. They have also established an ethics committee consisting of developers, researchers, legal affairs and human resource experts to draft plans in managing and developing AI products.

Shum also called upon all governments and enterprises to come together and share resources and experiences to promote innovation with a sense of responsibility.

It is noticeable that AI has gripped the cutting-edge technologies in China and worldwide. Among 15 world leading internet scientific achievements released at the conference, at least seven have integrated AI.

These achievements using increasingly smarter machines have covered a wide range of areas, providing services for industry, including smart supply chain and computer processors, and individual's lives, such as unmanned vehicles and smart homes.

China's e-commerce giants have incorporated AI into their services to improve their consumers' experiences as online retail sales have soared in recent years.

Electronics companies like Xiaomi and Huawei have made their digital devices smarter. The MI AI Speaker, launched by Xiaomi last July, can be connected with home software such as the TV and stereo and can correspond with more than 115 million IoT intelligent devices.

The Ascend 310, a program AI processor developed by Huawei, and AI Platform Zhouyi which was independently developed by Arm China, also made breakthroughs in enlarging computing capacity and gives new solutions for future AI applications including safe city, self-driving, smart manufacturing and robots.

Other AI-related achievements include 360 Security Brain, Tesla Smart customer service and Amazon Sagemaker, a platform that helps cut down the complexity of machine training and enables developers to quickly build, train and deploy machine models at any scale.