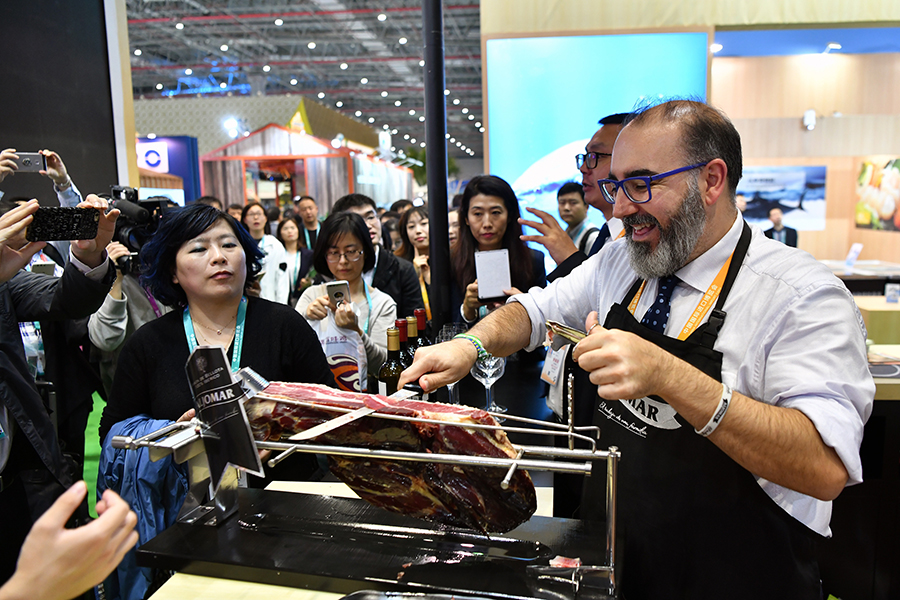 China and Spain will further enrich business ties in areas including high-end manufacturing, renewable energy sources, tourism and other service sectors over the long run thanks to developments brought about by the Belt and Road Initiative, officials and experts said.

As both economies are proficient in exporting goods and providing services, China and Spain have been strong supporters of the multilateral trade system and investment growth and oppose trade protectionism, said Yu Jianlong, secretary-general of the China Chamber of International Commerce.

"They have been defending external openness as a tool for progress, job creation and global economic recovery since 2008," he said.

The China-Europe cargo train from Yiwu, Zhejiang province, to Madrid has become an important bridge of Eurasian connectivity and one of the first outcomes of the Belt and Road Initiative, said Wei Jianguo, vice-chairman of the China Center for International Economic Exchanges.

"The initiative will generate a healthy impact on the regional economy and cultural exchanges related to the routes and provide more space for bilateral cooperation," he said. "To pursue high-quality development, both sides should further explore the potential for cooperation in fields such as high-tech agriculture, biomedicine, aviation and aerospace."

About 15,000 Spanish companies export goods to China and over 600 of them, including Inditex, Santander Central Hispano and Repsol, have invested in the country in sectors such as energy, automotive, financial services, industrial technology, agricultural products and consumer goods.

China is Spain's main trade and economic partner in Asia. Spain, as one of the eurozone's main economies, has become an attractive destination for China because of the opportunities it offers, as well as a developed platform for many countries and regions to boost the growth of the Belt and Road Initiative.

Zhu Feng, dean of the Institute of International Relations of Nanjing University, said that for Spanish companies, the initiative offers a lucrative economic opportunity. Spain has been a supporter of the initiative since its initial participation. The country aims to act as one of the regional trading hubs between partner countries and regions committed to the initiative.

"Moreover, the initiative will expand export markets for Spanish companies and offer opportunities to bid on construction projects in many parts of global markets," Zhu said.