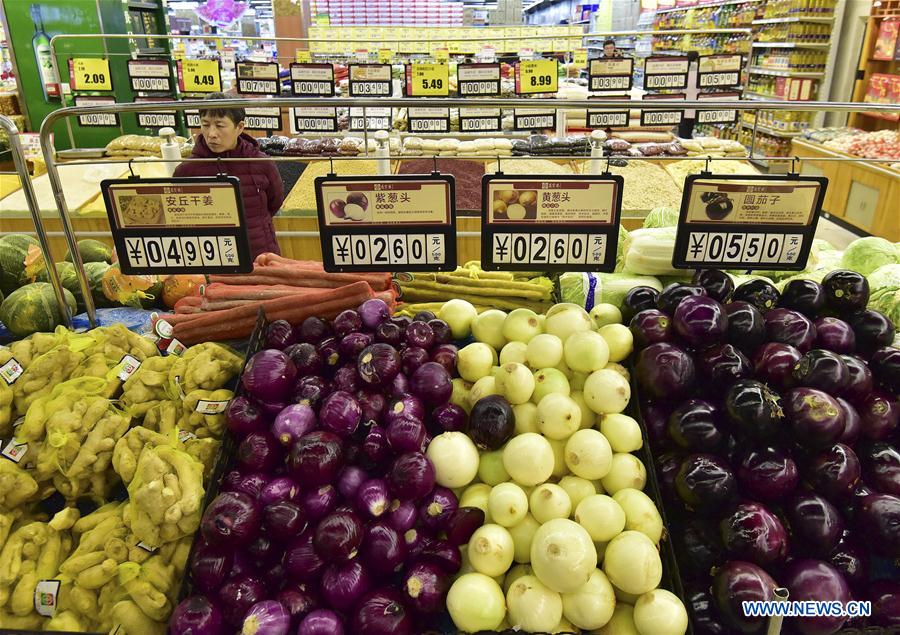 China on Saturday reported milder inflation in February, with consumer prices at the lowest level since January 2018, leaving room for authorities to maneuver macroeconomic-control policies.

"The lower year-on-year CPI was largely due to a high comparison base in February last year, when CPI stood at 2.9 percent," said Deng Haiqing, chief economist at JZ Securities, adding that February's CPI is likely to be the lowest monthly reading this year.

Saturday's data also show Chinese consumers are upgrading their consumption habits as the CPI in service sectors such as education, entertainment and health care all rose over 2 percent year on year, said Xu Guoxiang, a professor at Shanghai University of Finance and Economics.

On a month-on-month basis, the CPI last month rose 1 percent from January and saw expansion for three months in a row, which exceeded market expectations.

Due to strong demand during the Spring Festival holiday as well as rainy and snowy weather in some parts of the country, the prices of fresh vegetables, fruits, and aquatic products saw significant growth last month, jumping 15.7 percent, 5.4 percent and 4 percent, respectively, from January. They contributed 0.58 percentage points to the month-on-month CPI growth.

Travel demands during the Spring Festival and the winter vacation also pushed the prices of tour agency services, plane tickets, hotel accommodation, and movie tickets higher, according to the NBS.

Analysts said the CPI is expected to rebound to above 2 percent in March year on year, due to a low comparison base one year earlier.

Saturday's data also show that the producer price index (PPI), which measures costs of goods at the factory gate, edged up 0.1 percent year on year in February, unchanged from the growth recorded in January.

"The PPI reflects that China's pro-growth measures have taken effect, and the confidence of enterprises is recovering," said Zhang Liqun, a researcher with the Development Research Center of the State Council.

China will keep its prudent monetary policy "neither too tight nor too loose" while maintaining market liquidity at a reasonably ample level in 2019, according to the annual Central Economic Work Conference held in December.