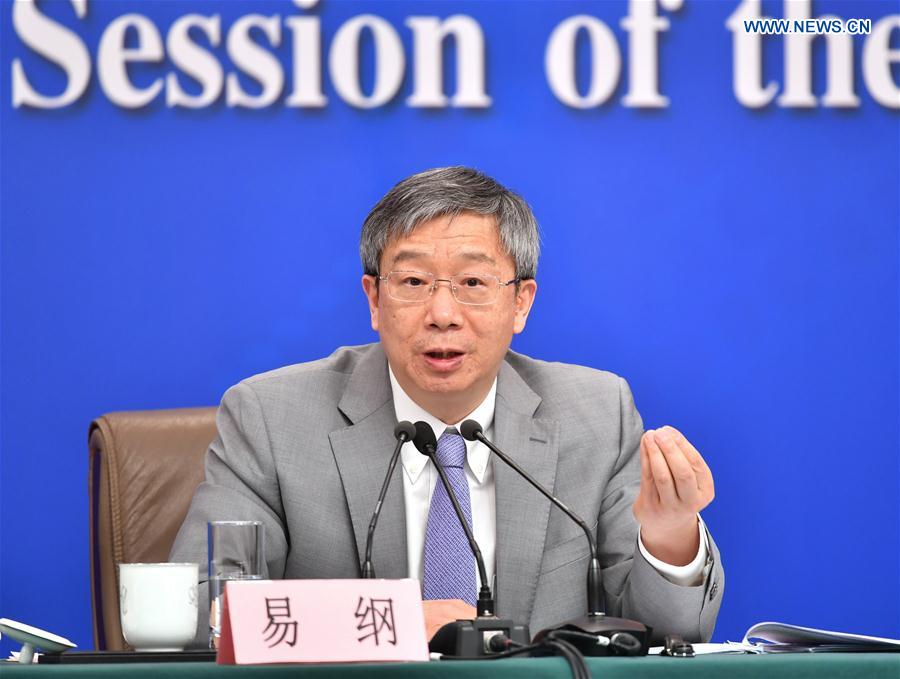 Governor of the People's Bank of China Yi Gang attends a press conference on the financial reform and development for the second session of the 13th National People's Congress (NPC) in Beijing, capital of China, March 10, 2019. (Xinhua/Li Ran)

"We believe the opening up of China's financial market is conducive to both China and the world," Yi told a press conference on the sidelines of the annual legislative session.

The governor of the People's Bank of China said the country will firmly advance the opening up of the financial market in accordance with the timetable announced at the Boao Forum for Asia annual conference last April.

A total of 11 financial opening-up policies were mentioned in the timetable, covering sectors including banking and insurance.

China last November approved the application by a joint venture of American Express for setting up a bank card clearing and settlement institution, and allowed S&P Global Inc. to enter its credit rating market in January.