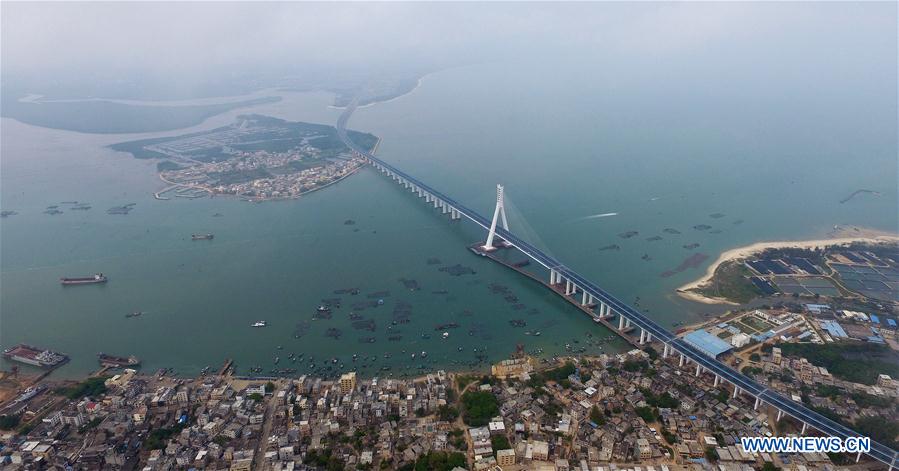 Aerial photo taken on March 18, 2019 shows the Haiwen Bridge, south China's Hainan Province. The cross-sea bridge, which was built over seismic faults, officially started operation on Monday. The total length of the bridge is 5.597 km, including about 3.959 km across the sea. The bridge, which links Yanfeng Township of Haikou City and Puqian Township of Wenchang City, cut the trip between the two places from an hour and a half to about 20 minutes. (Xinhua/Guo Cheng)