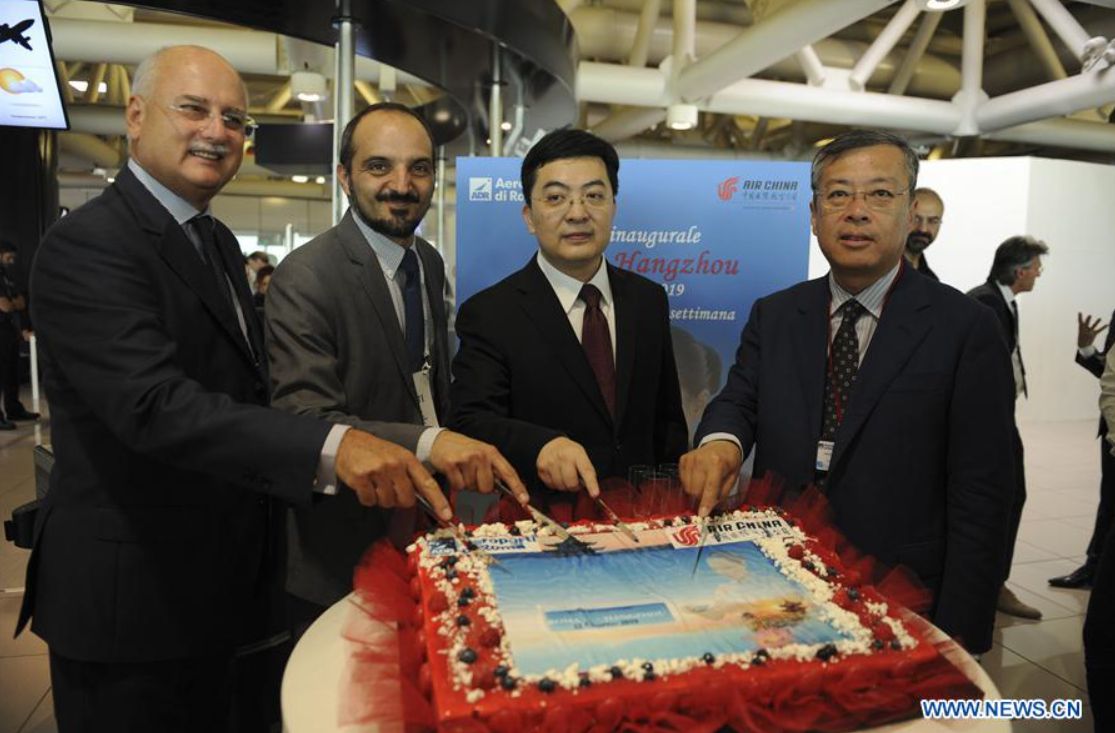 The new direct flight, operated by Air China three times a week on Wednesday, Friday and Sunday with an Airbus A330-200 aircraft, takes around 12 hours a trip. It will bring Rome-China direct flights to a total of 12 destinations.

The new route will bring Rome-China weekly air connections to a total of 44, said Fausto Palombelli, Chief Commercial Officer of Aeroporti di Roma (ADR), the company that runs the airport, during the ceremony.

Hangzhou is a modernized smart city well linked with other destinations in China, like Shanghai, which can be reached by high-speed train in just one hour, according to a statement by Air China.

Being a Chinese "paradise" city and also the headquarters of China's e-commerce giant Alibaba, Hangzhou is a destination for both leisure and business trips, said Palombelli.

The connection with Hangzhou is also important as the majority of Chinese community in Italy came from the Zhejiang Province, Palombelli highlighted in a recent interview with Xinhua.

Rome trusts in Chinese tourism and, therefore, it wants to adjust the touristic offer according to the need of Chinese visitors, said Palombelli, adding that the new direct route is part of Rome's airport plan to tap the potential of Chinese tourism.

The new direct route represents another step in Rome's strategic vision to embrace tourism from China, said Cafarotti, adding that the city's administration is striving to adjust the touristic offer accordingly, with a series of projects such as training courses for concierges and taxi drivers, the introduction of Chinese payment platform Alipay in museums and the creation of a city's profile for Wechat -- China's most popular social media platform.

According to figures from Rome's tourism office, the Italian capital attracts more than 30 million visitors per year, and around one of every 20 visitors is from China.