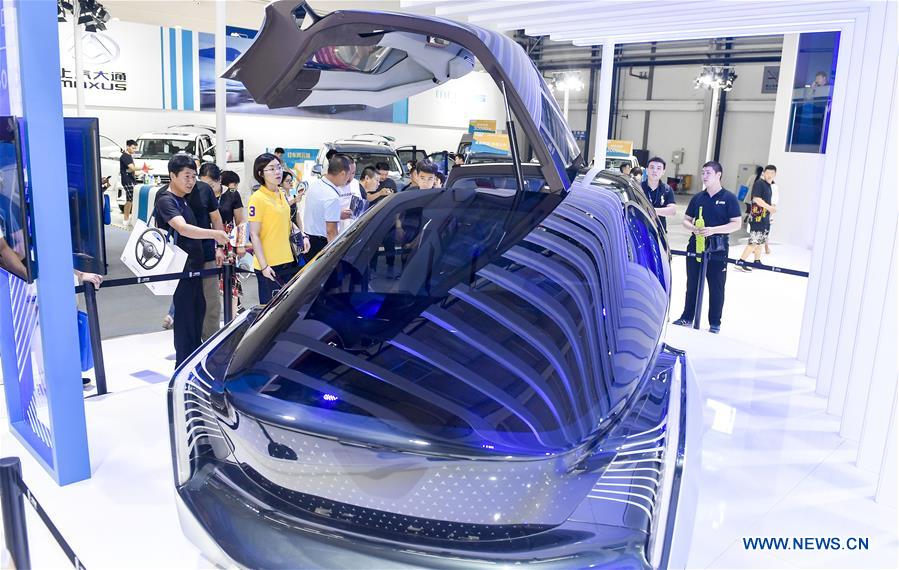 Visitors view an E2 CONCEPT car of Bestune, a brand of FAW Group, during the 16th China Changchun International Automobile Expo in Changchun, northeast China's Jilin Province, July 13, 2019. A total of 61 types of vehicles of 7 brands of China FAW Group are on display during the Expo. (Xinhua/Xu Chang)

Smart technologies are a hit at an ongoing international automobile expo in northeast China.

The 16th China (Changchun) International Auto Expo is seeing a variety of auto brands displaying technologies such as autopilot, remote controlling and augmented reality display. The expo is being held in Changchun, capital of Jilin Province.

Visitors crowded the booths to try the smart technologies. At the SAIC Motor booth, many visitors tried out the voice-control feature of the manufacturer's new smart car.

"You only have to talk to the car's operating system to control the sunroof, air-conditioner and navigation system," said Han Lei, who is in charge of the booth. "The car can also change the intensity of its lights according to the change of sunlight."

The expo highlights cars that are smart and "more humane," according to the organizer.

The expo will last until July 21.