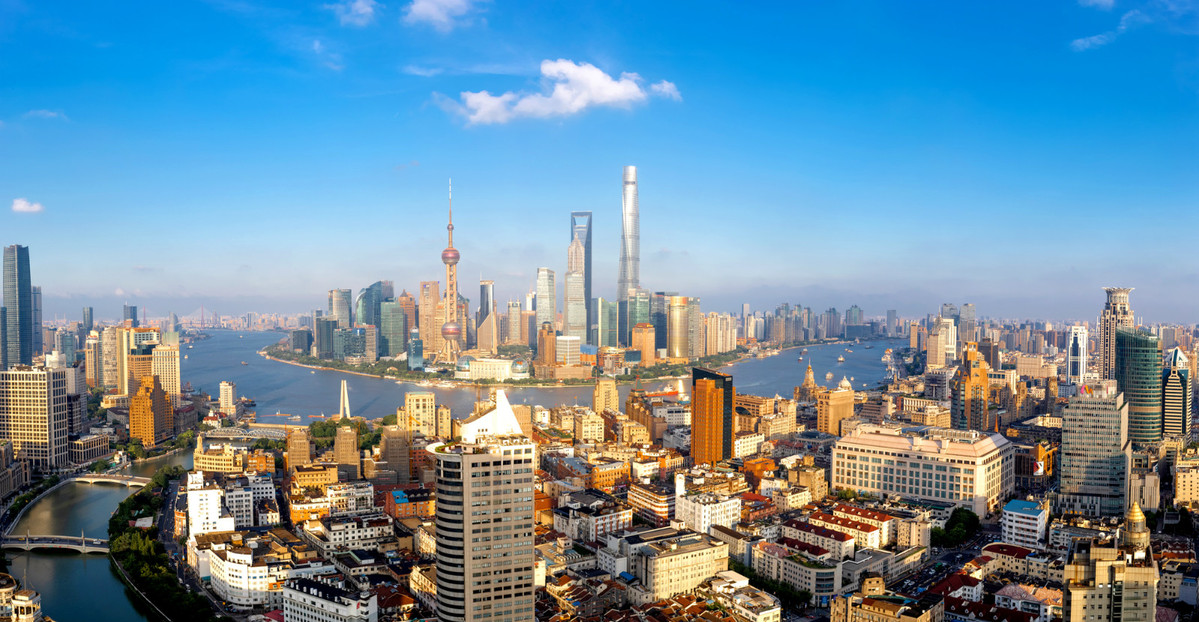 Highrises dominate the skyline on both sides of the Huangpu River in Shanghai. [Photo by Gao Erqiang/China Daily]

Deals for foreign-funded projects with a total value of $7.7 billion were signed in Shanghai on Monday, indicating the magnitude of faith that foreign investors have in China's economic resilience, market potential and sound business environment, officials said.

The 42 projects include 15 major deals that were each worth over $100 million in contract value, covering fields such as smart manufacturing, biomedicine, chemical engineering, integrated circuits and new energy, as seen in a collective signing ceremony witnessed by Shanghai Mayor Ying Yong.

The development shows Shanghai is utilizing foreign capital "on a higher and deeper level, and in a wider range of fields", Xu Kunlin, a city vice-mayor, said during the event.

"Taking the opportunity to implement the Foreign Investment Law, and with the utmost effort and sincerity, Shanghai endeavors to create a better environment, provide better services and facilitate foreign-invested projects in taking root and bearing fruit here," Xu said.

"We will do our best to seize the great opportunities offered by the Yangshan Free Trade Port Area (in Shanghai), which will enable us to better adapt to the highly dynamic Chinese market and further expand trade with China," said Bradley Morrison, senior vice-president of operations and site management at BASF China. "We look forward to the favorable policy environment in financial support (and) talent attraction… among others."

Shanghai is "the best location" to invest because the city represents some of the leading trends in China, said Mark Rosenberg, area general manager of Asia-Pacific at LifeScan Inc, a company focusing on diabetes care.

"The opportunities to work with some of the other sectors is important. So proximity matters. Besides, the (expanded) free trade zone area allows us to operate differently in Shanghai than you could elsewhere," Rosenberg said.

The latest statistics released by the city's Commission of Commerce showed 701 multinational companies had set up regional headquarters in Shanghai by the end of last month, with 451 setting up regional research and development centers.

Broader investor confidence in China is also reflected in the latest foreign direct investment readings, which amounted to 604.04 billion yuan ($85.5 billion) in the January to August period, an increase of 6.9 percent year-on-year, the Ministry of Commerce said last week. From Siemens to ABB, industrial conglomerates are all flocking to build their respective "world's most advanced factories" in China.

United States-headquartered agriculture company Cargill Investments (China) is injecting a substantial amount in its Shanghai facility to boost a torrent of "long-term growth plans" in the country, according to its Asia-Pacific President Robert Aspell.

The company, which had 15 percent of sales last year related to China, is on course to "invest quite significantly" in the country for the next three years, Aspell said.

Rosenberg from LifeScan said the Chinese economy "represents one of the real opportunities globally for multinational companies".

"I think the outlook long term for China is very, very strong, and we are very much interested in being part of that growth," said Rosenberg, whose company plans early next year to bring in manufacturing licensing and a facility, as well as a China headquarters in Shanghai.