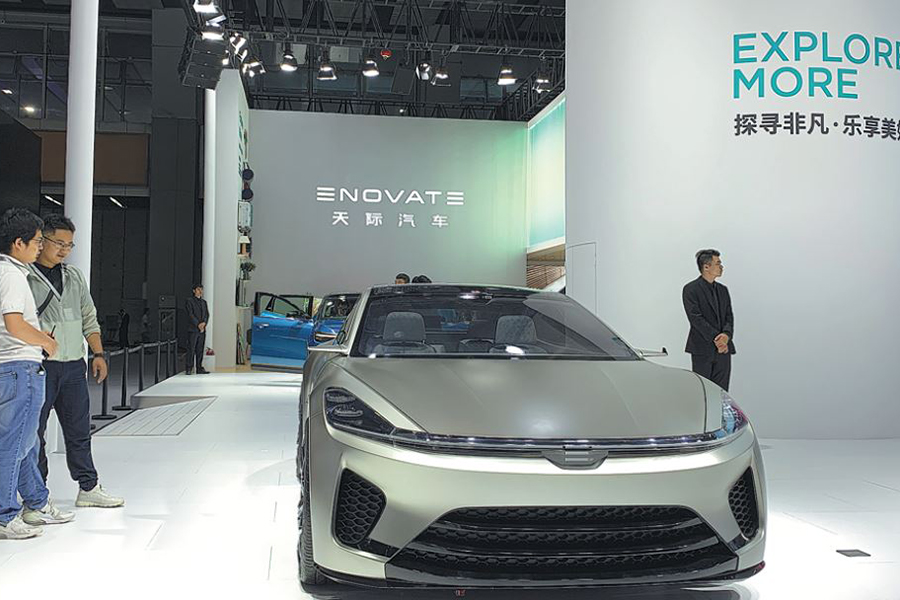 China's exports of new energy vehicles will grow fast in coming years as they are on track to gain popularity in major car markets, said the Ministry of Commerce.

"Their exports stand a good chance of continuing the momentum and will become a new force that contributes to the steady growth of China's auto trade," said the ministry in a report on high-quality automotive trade released last week.

Statistics from the China Association of Automobile Manufacturers show that exports of China's new energy vehicles in the first half of 2019 grew 99.3 percent year-on-year.

The report said electric buses from BYD accounted for 20 percent of the market in Europe and more than 60 percent in the United Kingdom in 2018. Those from Chinese brands were the most popular in South Korea.

The situation will further improve as major markets are championing new energy vehicles and China is a leading player in the segment, said the report.

China started to finance the new energy vehicle segment since 2009. It overtook the United States as the largest market for such vehicles in 2015.

It has sharpened its competitive edge over the past decade, with its models being close to or passing internationally advanced levels of battery performance and driving ranges.

Developed economies including the United States and the European Union have announced incentives to spur the growth of the segment. Many Asian countries, especially those in the ASEAN, are encouraging carmakers to roll out more new energy vehicles.

Thailand does not charge tariffs on electric vehicles from China. Meanwhile, Malaysia plans for new energy vehicles to account for 85 percent of vehicles produced in the country in 2020.

"All these have created favorable conditions for Chinese carmakers including SAIC, Geely and Changan to make better forays into the ASEAN markets," the report said.

A total of 197 electric SUVs from GAC Motor are on route to Israel and are expected to hit the market in February, said the Guangzhou-based carmaker.

GAC said dealers in Kuwait, Jordan and Paraguay hope to introduce its electric vehicles. It will soon explore the European electric car market as well.