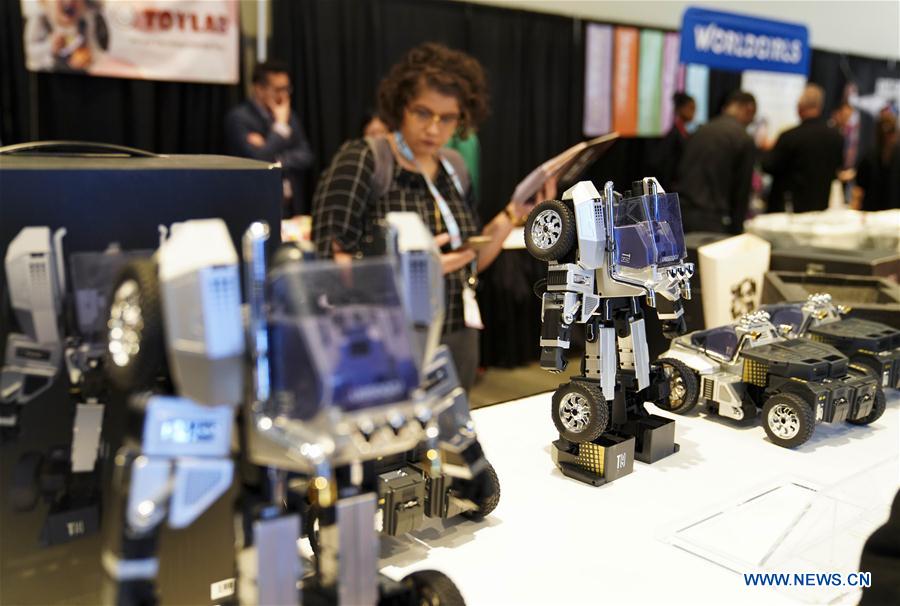 A lineup of miniature robots called T9 has been on display during the exhibition.

Launched in China last summer, the product has entered the U.S. market since 2020, Jerry Li, sales director of the Shenzhen-based company, told Xinhua on Tuesday.

The company hopes the gadget with a combined focus on education and entertainment could be well-received by international consumers including those in North America and Europe.

Equipped with 22 servomotors, the programmable robot is able to perform high-speed, upright bipedal walking, while also automatically converting from robot to vehicle form.

Designed and developed in China, the robot features a full set of functions including automatic convertible movement, bipedal walking ability, racing, programmable development and robot control by either voice or via app, said Jacob Cheng, general manager of the company's U.S. subsidiary.

"Its debut at the Consumer Electronics Show last month in Las Vegas attracted plenty of attention, boosting our confidence in the prospects," he said.

The 2020 Toy Fair New York, a four-day event starting Saturday, has drawn more than 1,000 exhibitors from around the world to showcase some 150,000 toys, games and youth entertainment products.

Inaugurated in 1903, the exhibition takes place each February as a trade-only event.