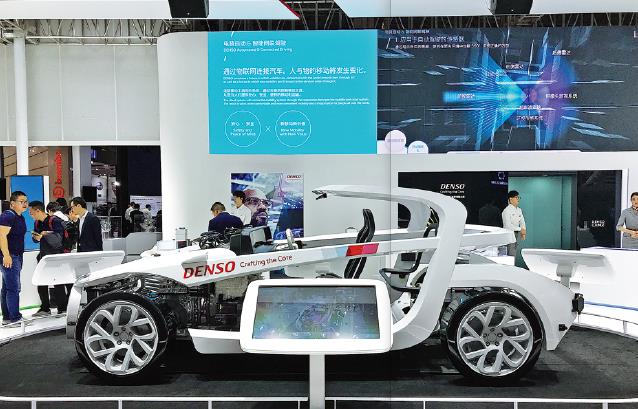 China has unveiled an ambitious blueprint to develop its own standards for autonomous vehicles by 2025, which analysts say would generate vast investment opportunities and transform the country's automotive industry.

A total of 11 ministerial-level authorities, including the National Development and Reform Commission and the Ministry of Industry and Information Technology, promulgated the document called the Strategy on Developing Smart Vehicles last week.

According to the blueprint, China will basically finish its set of standards for autonomous vehicles covering such aspects as technological innovation, infrastructure, legislation, supervision and network safety by 2025.

Specifically, the country sets a target to realize "scale production of vehicles capable of conditional autonomous driving and commercialization of highly autonomous vehicles in certain circumstances "by the year.

It also expects to achieve progress by that year in smart transport and smart city programs.

Some Chinese and foreign companies including Audi, Changan, and GM have been testing V2X technologies in China over the past few years.

The blueprint said China is expected to build a complete and sound set of standards for autonomous vehicles between 2035 and 2050.

Among others, it said China-made vehicles have seen steady progress in quality, the country has some world-class telecom and internet giants, China is leading in terms of 5G communication and navigation systems, and it has been the world's largest vehicle market for a decade.

Li Jun, a member of the Chinese Academy of Engineering, said in addition to the automotive sector, many industries will benefit from the new strategy, including artificial intelligence chips, sensors, data and smart transport.

Many companies in relevant sectors saw their stock prices soar following the release of the strategy last week.

Analysts at securities companies said it will bring about vast investment opportunities.

According to Beijing News, the autonomous driving market in China is worth 170 billion yuan ($24.31 billion) in 2020.

Wu Gansha, founder of the startup established in 2016, told local media that 2020 will mark the start of commercializing autonomous driving, and the funds it has raised will accelerate the company's pace.

Another startup Pony.ai announced last week that it has raised $462 million, which its CEO James Peng said would speed up commercialization of its autonomous driving technology.

The fundraising, of which $400 million was from Japanese carmaker Toyota Motor Corporation, has put the three-year old startup's valuation at over $3 billion.

Toyota's money also marks its biggest investment in an autonomous driving company with a Chinese background.

This is not the first time that Toyota has partnered with Pony.ai. The two companies initiated a self-driving vehicle pilot project in China last year.

"In China, we believe fully autonomous vehicles will see mass deployment in nine or 10 years," said analysts at the company in a research note last year.

It expected such vehicles could account for as much as 66 percent of the passenger-kilometers traveled in 2040, generating market revenue of $1.1 trillion from mobility services and $0.9 trillion from sales of autonomous vehicles by that year.

In unit terms, that means autonomous vehicles will make up just over 40 percent of new vehicle sales in 2040, and 12 percent of the vehicle installed base, Mckinsey said.