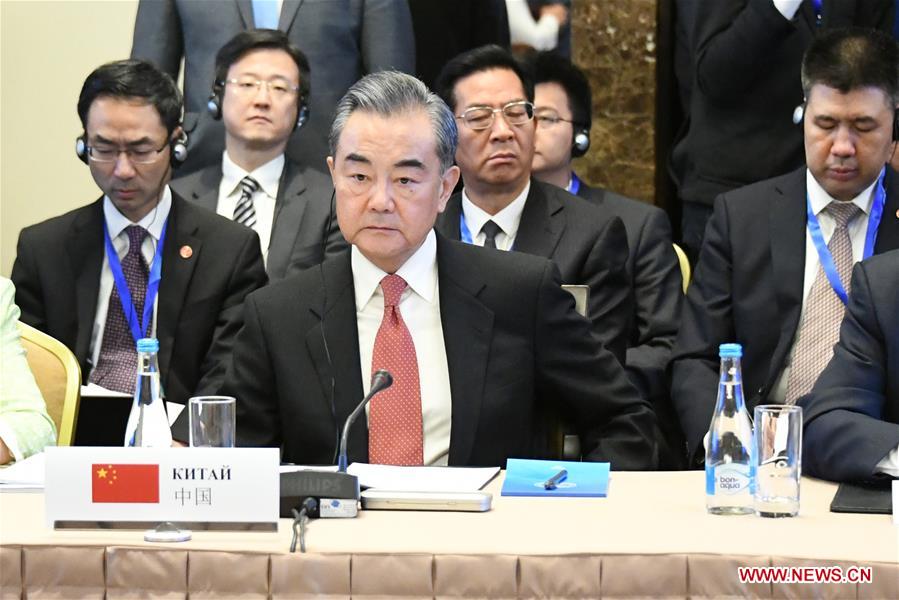 Since the SCO Qingdao Summit last year, the member states have made steady progress in cooperation across the board, said Wang at an SCO foreign ministers' meeting held in the capital city of Kyrgyzstan.

While the world is grappling with the resurrection of protectionism and a cold-war mentality, the SCO remains a vital and constructive force for world peace and development, said Wang.

To deepen cooperation within the SCO, efforts should be made to strengthen solidarity and mutual trust, said Wang, adding that member states should firmly support each other's efforts to safeguard core interests and jointly resist interference by external forces.

Wang also urged member states to deepen security cooperation by jointly combating the "three forces" of terrorism, separatism and extremism, adding that China is willing to share its useful experiences of taking preventive counter-terrorism and de-radicalization measures in China's Xinjiang.

In terms of pragmatic cooperation, Wang said that member states should take concrete actions to safeguard free trade and the multilateral trading system, including implementing the results of the second Belt and Road Forum for International Cooperation, accelerating negotiations on agreements to facilitate trade, and launching feasibility studies on the SCO free trade zone as soon as possible.

It is important for SCO member states to advocate multilateralism and uphold the international system with the principles of the United Nations Charter at its core, said Wang.

All parties should show a united front on major international and regional issues, and resolutely oppose unilateralism and protectionism in all forms, said Wang.

During the meeting, other foreign ministers fully acknowledged the key role played by the SCO in maintaining regional stability and boosting development, and voiced their opposition to unilateralism and protectionism.