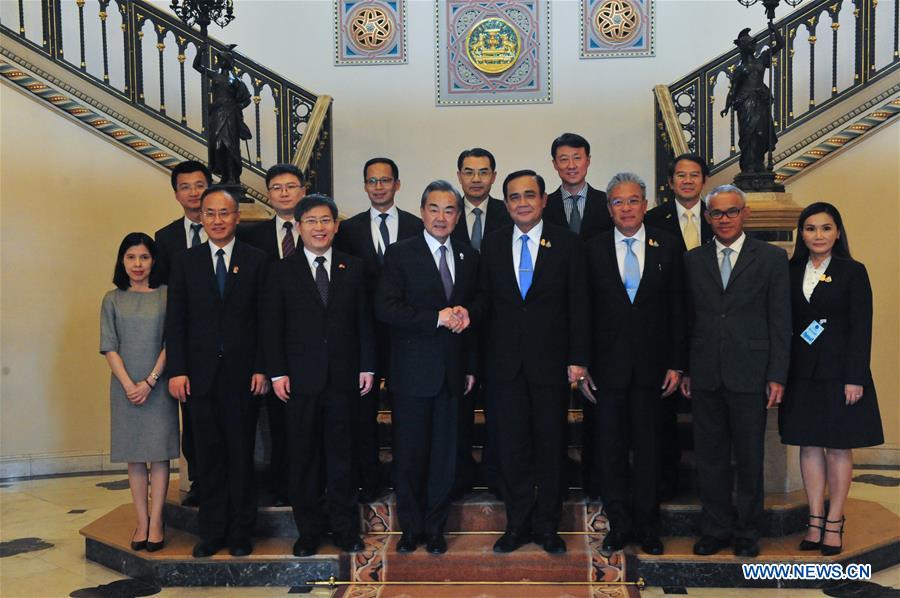 China and Thailand agreed to work together to promote the development of bilateral ties and expand cooperation in various fields during a meeting Thursday between Thai Prime Minister Prayut Chan-o-cha and Chinese State Councilor and Foreign Minister Wang Yi.

Prayut said during the meeting that Thailand's new government will maintain the continuity of its policy towards China, and is committed to developing a strong Thailand-China relationship.

Thailand admires China's great achievements in economic and social development and poverty reduction, and is willing to strengthen communication and cooperation with the Chinese side, said Prayut.

The China-proposed Belt and Road Initiative benefits regional countries and the world, and Thailand is willing to actively participate in its development, said the prime minister.

Prayut said his country is ready to work with China to push forward the construction of the Thailand-China railway, adding that Thailand welcomes Chinese companies to expand investment in the country.

Thailand is also willing to deepen third-party market cooperation with China, carry out closer people-to-people exchanges so as to achieve greater development of bilateral ties, the prime minister said.

For his part, Wang conveyed the cordial greetings and congratulations of Chinese leaders to the re-elected Thai prime minister.

Hailing the traditional China-Thailand friendship, Wang said that the two countries have made remarkable achievements in jointly building the Belt and Road Initiative, which not only brings tangible benefits to the people of both countries, but also contributes to regional connectivity and development.

China fully supports Thailand in fulfilling its responsibilities and successfully hosting the related meetings as the rotating chair of the Association of Southeast Asian Nations (ASEAN) this year, said the Chinese state councilor.