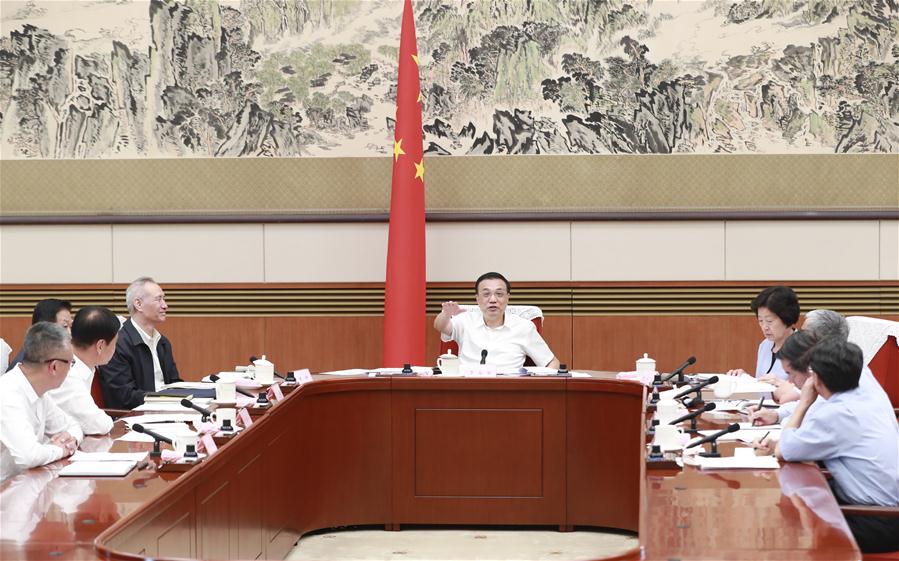 Chinese Premier Li Keqiang, also a member of the Standing Committee of the Political Bureau of the Communist Party of China Central Committee, presides over a forum on the work of National Science Fund for Distinguished Young Scholars in Beijing, capital of China, Sept. 2, 2019. (Xinhua/Pang Xinglei)

He said the National Science Fund for Distinguished Young Scholars will play a bigger role in financially supporting the researchers to be dedicated to basic research and innovation.

Li made the remarks at a forum on the work of the fund, which was held on Monday. He also visited an exhibition of scientific research achievements in the fields of astrophysics, new material, new energy application, medicine and biology, thanks to the support of the fund.

He stressed the need to reinforce basic research in an effort to lay a solid foundation for China's innovation-driven development.

"We should continue to streamline administrative approvals, delegate power to lower levels and improve regulations and services in the field of science and technology to further reduce constraints," he said.

The premier also required the further improvement of the management and evaluation of scientific research projects as well as the income distribution system for researchers.

He suggested the fund be used as a national "venture capital fund," which will not only promote innovation but also be tolerant to failures, so that more scientific and technological personnel, especially young talent, will be encouraged to venture into "no man's land" to achieve more breakthroughs.