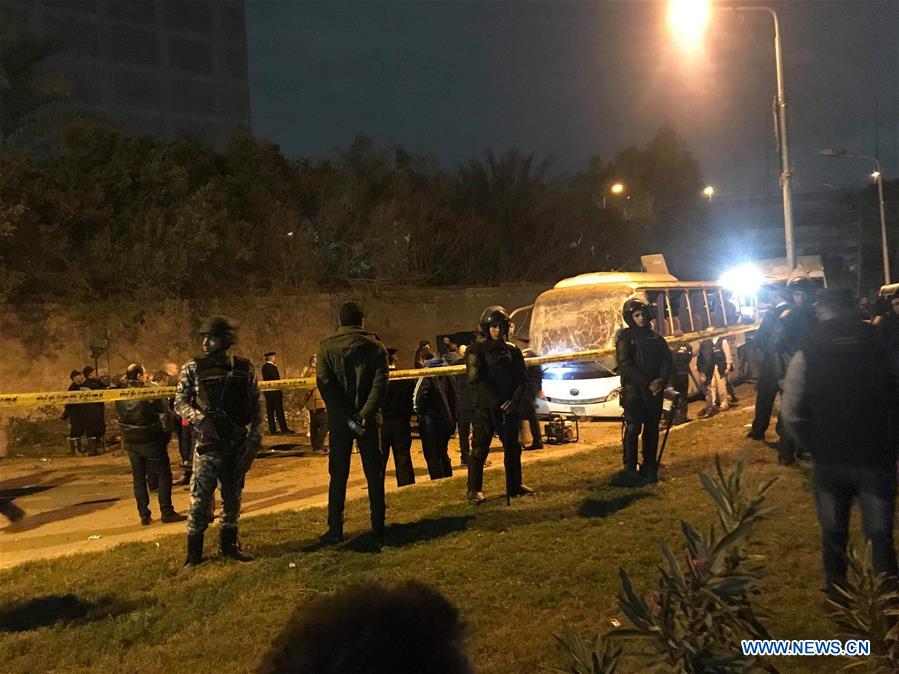 In a statement, the ministry said a roadside home-made bomb hit a tourist bus carrying 14 Vietnamese in Marioutiya area near the Pyramids on the outskirts of the capital Cairo.

The ministry added that 10 Vietnamese tourists, the Egyptian driver and an Egyptian tour guide were also injured in the attack.

Security forces moved to the scene and started an investigation, the statement added.

The attack came days before Egyptians celebrate New Year and Christmas, which is marked by Coptic Egyptians on January 7.

This week, Egypt's Armed Forces, in coordination with the Ministry of Interior, intensified measures to secure Christmas and New Year's celebrations nationwide.

The army and police said they have deployed forces to ensure the safety of citizens at places of worship and vital facilities, adding that all forces have been trained on how to deal with threats that may disturb the celebrations.

Egypt has been fighting against a wave of terror activities that killed hundreds of policemen and soldiers since the military toppled former Islamist President Mohamed Morsi in July 2013 in response to mass protests against his one-year rule and his currently blacklisted Muslim Brotherhood group.

Terror attacks in Egypt had mainly targeted police and military men in North Sinai before spreading nationwide and targeting the Coptic Christian minority as well, leaving dozens of them dead.

Terrorists attacked two Coptic churches in the cities of Tanta and Alexandria in early April last year, killing a total of 47 people and wounding 106 others.

Most of the attacks were claimed by a Sinai-based group loyal to the Islamic State extremist group.