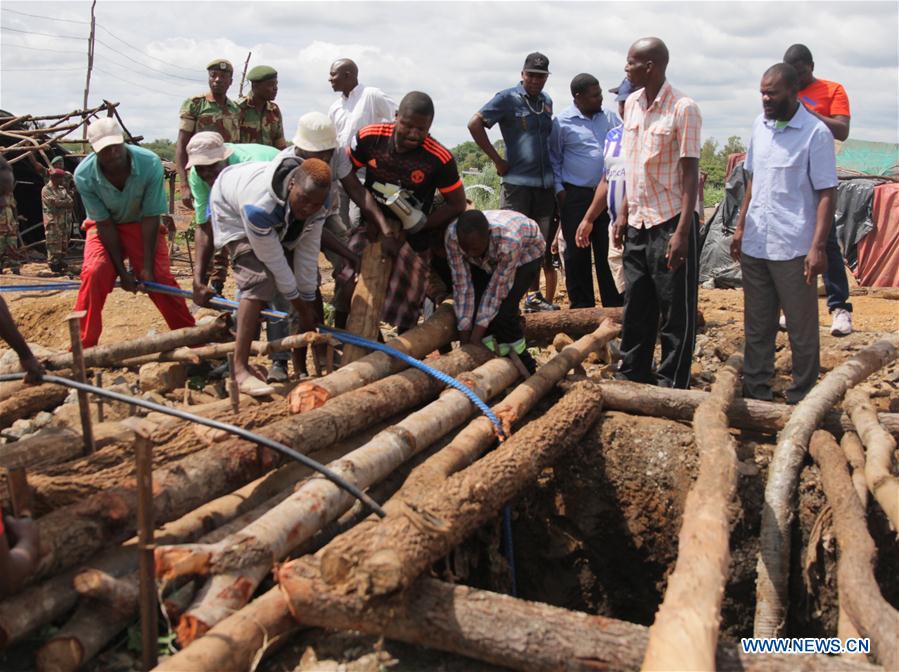 Rescuers work on a flooded shaft at a mine in Battlefields, Mashonaland West Province, Zimbabwe, Feb. 15, 2019. At least 23 illegal miners died in Zimbabwe on Tuesday evening when shafts and tunnels at two mines were flooded by water, state media reported Thursday. Interlinked shafts and tunnels at two mines in Battlefields, Mashonaland West Province, were flooded after the collapse of a dam wall due to heavy rains received in the area, said the report. (Xinhua/Shaun Jusa)