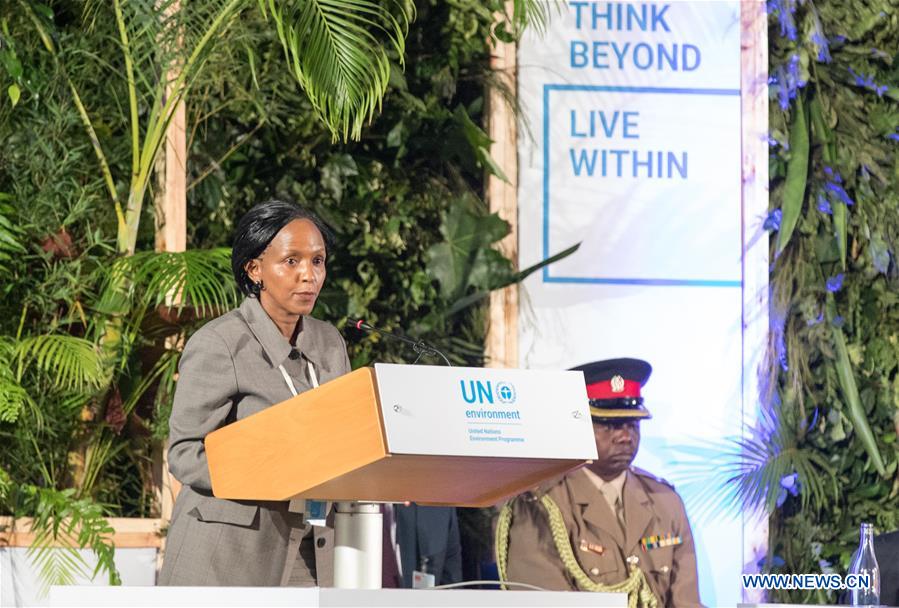 Heads of State and Government on Thursday attended the high level segment of the fourth session of the UN Environment Assembly (UNEA) in Nairobi with renewed call for adoption of sustainable practices to revitalize war against climate change, pollution and habitats' depletion.

"We must act fast to reverse environmental degradation that has been worsened by unsustainable practices," said Kenyatta, adding that habitats destruction is to blame for mounting poverty and food insecurity.

Kenyatta said that policy realignment combined with investments in clean technologies and innovations is key to halting depletion of vital ecosystems like forests and fresh water bodies.

The Kenyan leader had earlier co-hosted the One Planet Summit with French President Emmanuel Macron where a call for action to boost environmental sustainability was renewed.

Macron in his address said that a robust multilateral system is key to boost response to environmental challenges linked to human activities.

"There is need to act on plastic pollution, climate change and deforestation but a strong multilateral order is key to achieve success," said Macron.

He pledged support for a pan African initiative to promote reforestation and access to renewable energy as a means to enhance climate resilience in the continent.

Andry Rajoelina, President of Madagascar said that radical measures are required to halt depletion of habitats that sustain livelihoods.

"Both governments and businesses should focus on ways to reorient the way we produce and consume in order to cut down on pollution and destruction of habitats," said Rajoelina.

Delegates attending the five-day meeting have been discussing innovative strategies to boost the planet's health amid threats linked to rapid industrialization and population pressure.

Siim Kiisler, president of the fourth session of UNEA and environment minister for the Republic of Estonia said that political goodwill is required to boost uptake of sustainable practices among communities.

"The scientific evidence is there to spotlight what is required to create resilient economies and livelihoods. But political goodwill is key to boost resource use efficiency," said Kiisler.