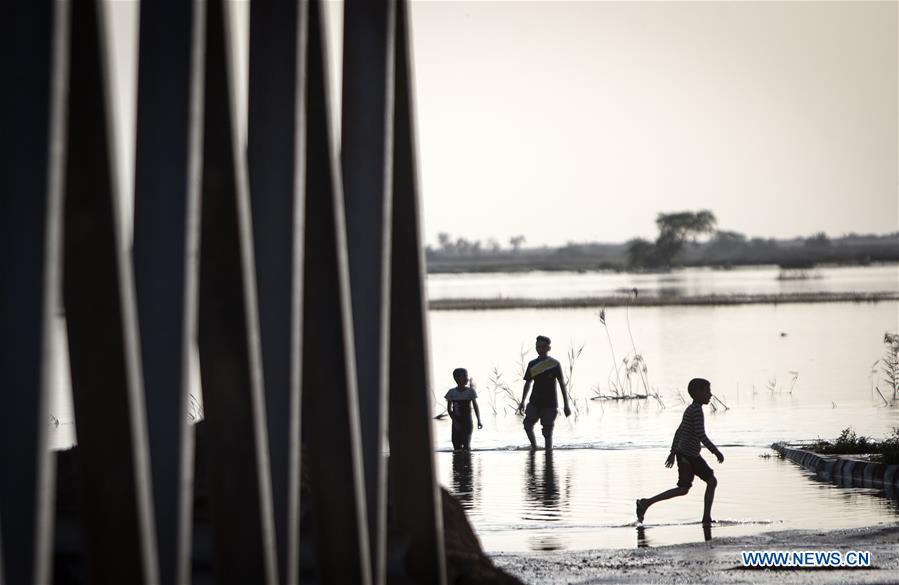 Children wade through flood water at a village in Khuzestan province, southwestern Iran, April 8, 2019. The unprecedented floods across Iran over the past weeks have claimed the lives of at least 70 people, the chief of Iran Emergency Organization told official IRNA news agency on Friday. Also, a total of 791 people were injured in the incidents, Pir Hossein Kolivand was quoted as saying. (Xinhua/Ahmad Halabisaz)