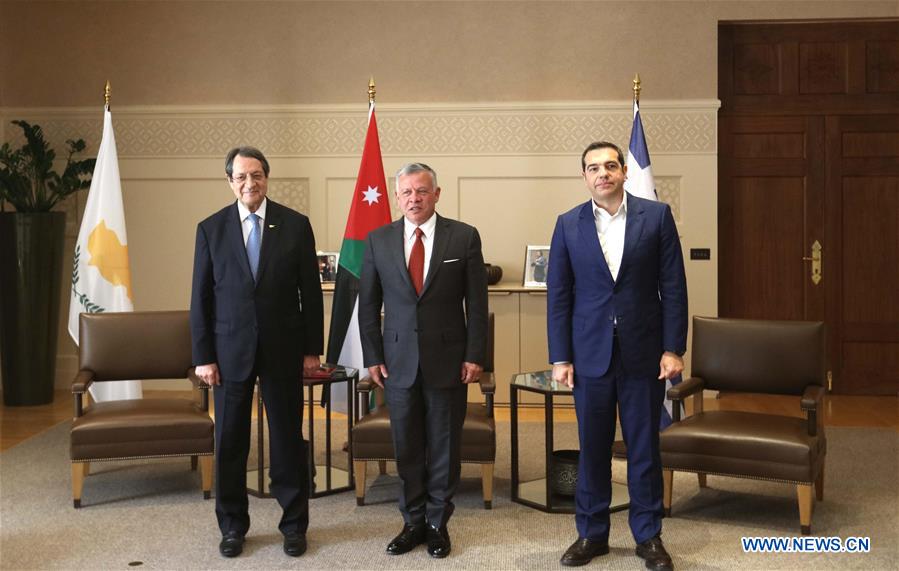 Jordan, Cyprus and Greece on Sunday agreed on the need to cement cooperation in the fields of energy, agriculture, tourism, education, trade and ICT, state-run Petra news agency reported.

At a trilateral summit in the capital Amman, King Abdullah II of Jordan, Cypriot President Nicos Anastasiades and Greek Prime Minister Alexis Tsipras agreed on the need for joint efforts to develop private sectors in the three countries.

On the peace process, the three leaders voiced support for a lasting and comprehensive solution to the Palestinian-Israeli conflict through talks and on the basis of a two-state solution.

The summit saw an agreement signed to boost relations in investment and education as well as others on technology cooperation and anti-terrorism.