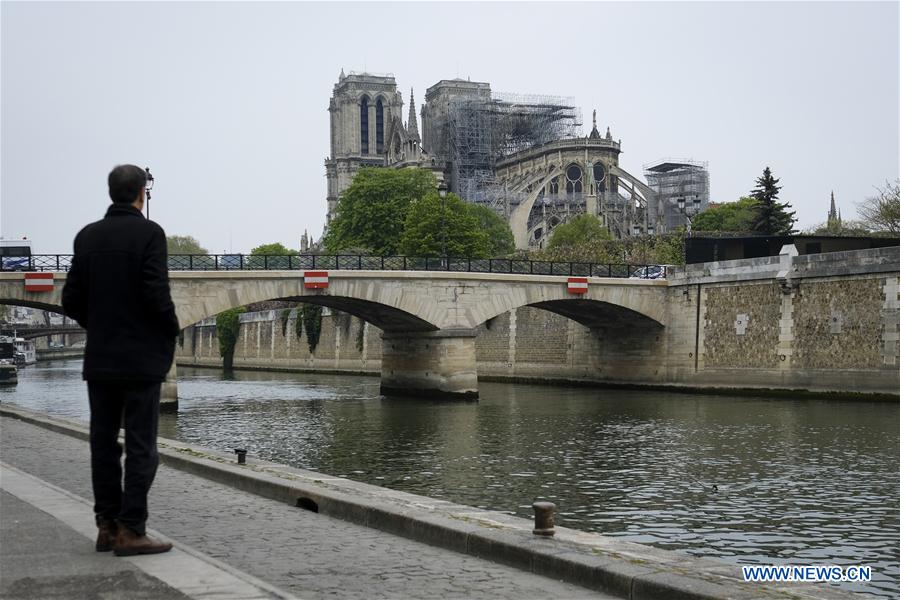 In a brief televised speech, Macron told the nation "We will rebuild Notre Dame even more beautifully and I want it to be completed in five years".

In early Monday evening, a fire broke out in the famed cathedral. Online footage showed thick smoke billowing from the top of the cathedral and huge flames between its two bell towers engulfing the spire and the entire roof which both collapsed later.

The structure of Notre Dame, one of the finest examples of French Gothic architecture, still stood firm after 15 hours of burning fire. However, "some weaknesses" have been identified notably in the vault, according to Junior Interior Minister Laurent Nunez.

Visiting the burnt site, Macron, last night, announced the launch of a fundraising campaign to reconstruct the cathedral.

Although the extent of the damage is not estimated yet, donations of about 700 million euros (790 million U.S. dollars) have been pledged to rebuild the 850-year-old Gothic building Notre Dame Cathedral.

Local media reported that the fire, which broke out at around 1645 GMT, may be linked to renovation works.

The inquiry to determine how the fire broke, with the involvement of 50 investigators, would be "long and complex", warned Paris prosecutor Remy Heitz.

He said the blaze was probably caused by accident as no signs "at this stage" pointed to a criminal purpose.

The cathedral, whose construction began in 1160 and continued over a century, is part of the World heritage site of "Paris, Banks of the Seine" inscribed on the World Heritage List in 1991. It receives 13 million visitors yearly. (1 euro = 1.128 U.S. dollar)