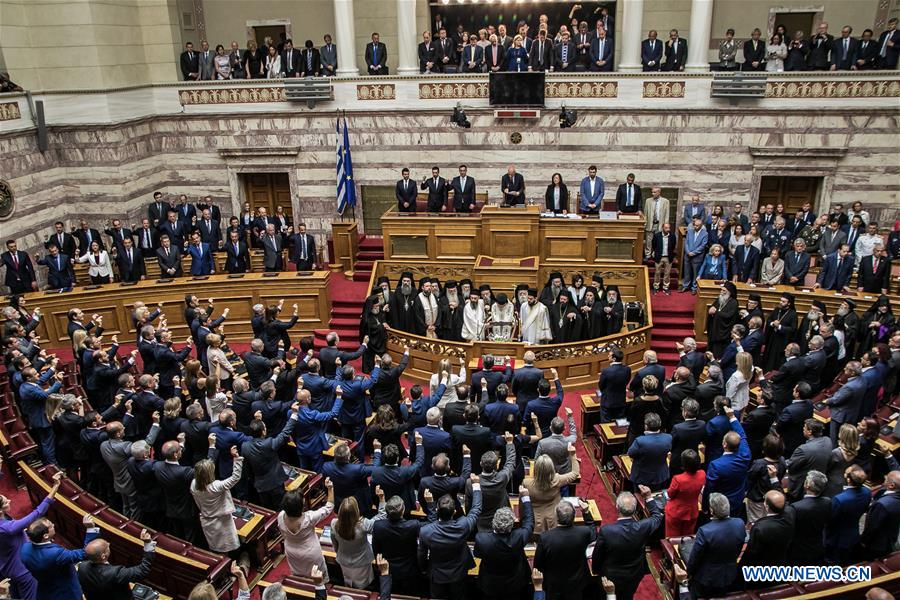 Members of the new Greek parliament are sworn in at the Hellenic Parliament in Athens, Greece, on July 17, 2019. The 300 deputies of the 18th session of the Greek Parliament, elected from the July 7 general elections, was sworn in on Wednesday. (Xinhua/Panagiotis Moschandreou)

The 300 deputies of the 18th session of the Greek Parliament, elected from the July 7 general elections, was sworn in on Wednesday.

The new parliament has a total of 61 women from all six parties and 112 new MPs elected to the parliament for the first time, according to the official data released by the parliament.

The percentage of women is slightly up to 20.6 percent, compared to the 18.3 percent during the previous Parliament, an increase of seven more femaleMPs.

All members of Parliament received a booklet with the Rules of the body and the country's Constitution so that especially the new entrants can learn the way of function.

On July 20, the new Greek prime minister will speak at the Parliament.

The whole process will last for three days and it will close with speeches by political leaders and a vote of confidence to the new government.