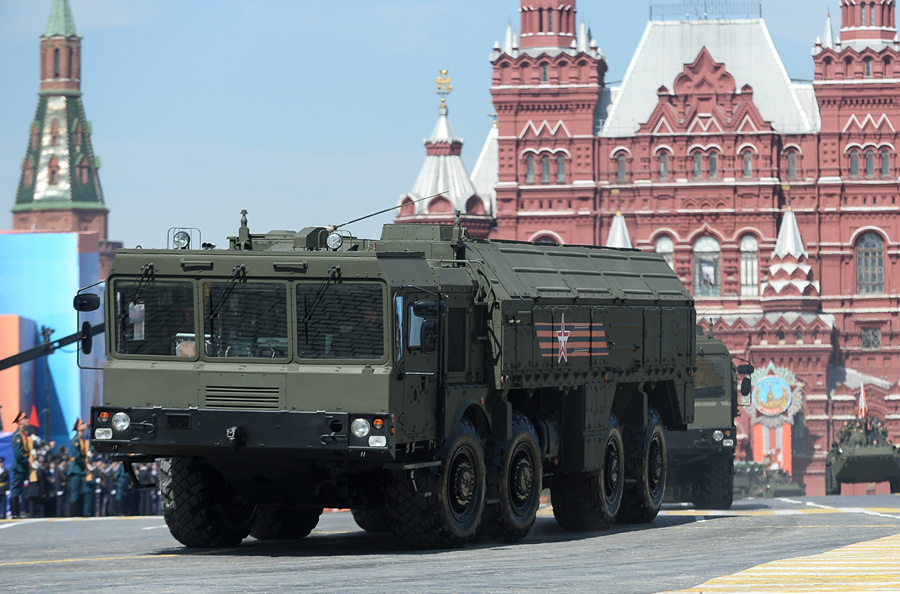 Iskander ballistic missile system launching vehicles move across the Red Square during the military parade marking the 70th anniversary of the victory in the Great Patriotic War, in Moscow, Russia, May 9, 2015. (Xinhua/Jia Yuchen)

The missile units conquered contaminated land, various roadblocks and obstacles and practiced camouflage as well as radiation, chemical and biological protection, it said.

The drills involved about 100 personnel and around 20 items of military hardware.

The Baltic region is a hot spot for the rising tension between Russia and the North Atlantic Treaty Organization (NATO).

Earlier this month, an F-18 aircraft of the NATO attempted to approach the plane carrying Russian Defense Minister Sergei Shoigu over the neutral waters in the Baltic Sea, before it was chased off by two escorting Su-27 fighters.