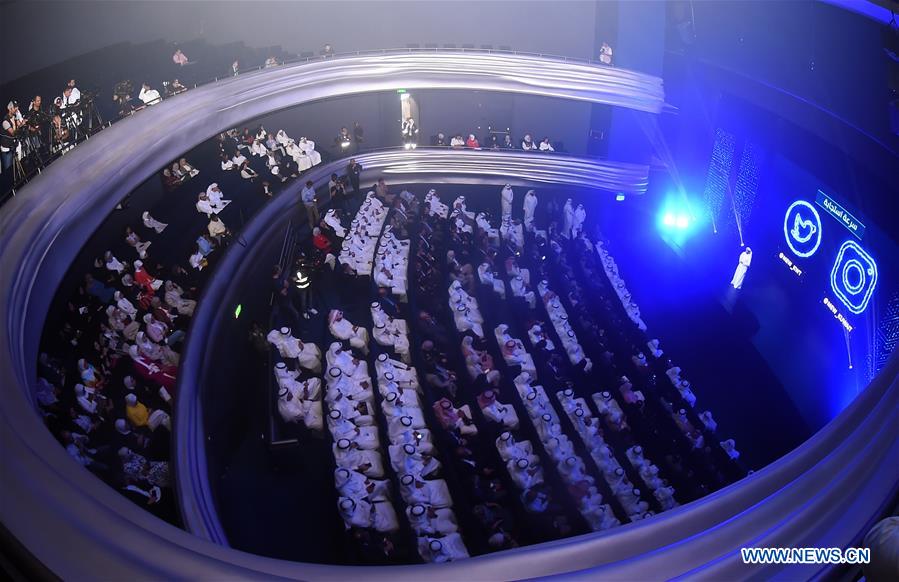 Kuwait's Minister of Oil, Electricity and Water Khaled Al-Fadhel speaks at a ceremony to launch a strategy titled "The Future Comes True" in Kuwait City, Kuwait, on Sept. 19, 2019. The demand for electricity in Kuwait will rise to 36,285 megawatts in 2035, Khaled Al-Fadhel said on Thursday. (Photo by Asad/Xinhua)

The demand for electricity in Kuwait will rise to 36,285 megawatts in 2035, Khaled Al-Fadhel, the Kuwaiti minister of oil, electricity and water, said on Thursday.

Speaking at the ceremony to launch the ministry's strategy titled, "The Future Comes True" at Sheikh Jaber Al Ahmad Cultural Center in Kuwait City, the minister said that the production capacity of electric power in Kuwait today is 19,423 MW.

The current water capacity is 683.8 million gallons, he said, adding "the demand for water in 2035 is expected to reach 990 million gallons per day."

He pointed out the energy and water demand will double in the coming period because of the implementation of the 2035 development plan.

The minister affirmed that Kuwait is considering banning the non-energy-saving devices in the market after it previously banned its import to rationalize energy consumption.