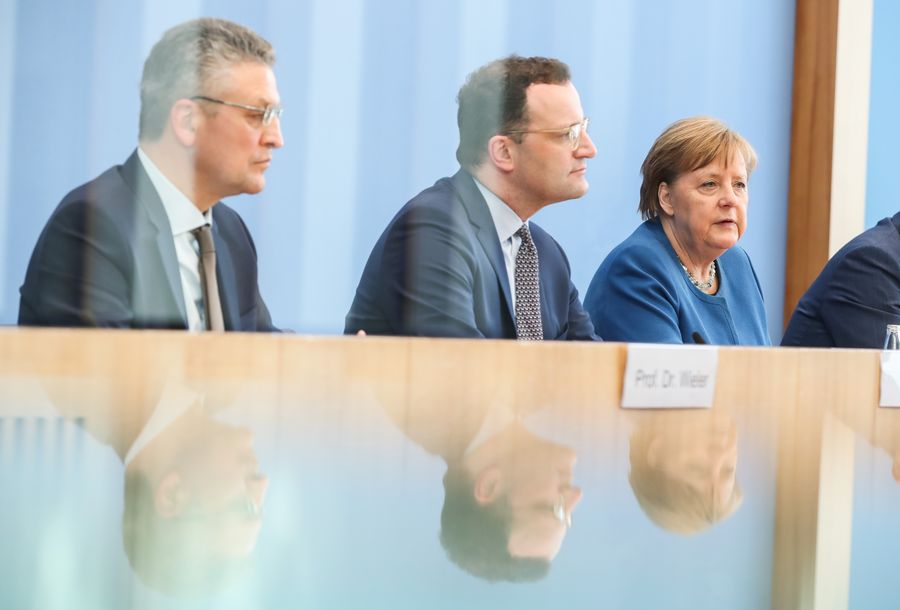 From state emergency to financial help, several European countries on Thursday announced new measures to tackle COVID-19, the disease caused by the novel coronavirus, as caseload on the continent is approaching 30,000.

In Italy, which recorded the most cases outside China, over 15,000 accumulated COVID-19 cases have been confirmed by Thursday, while the number in Spain has climbed above 3,000.

Italy registered 2,249 more cases on Thursday, bringing the number of people who tested positive for the new coronavirus to 12,839. Recoveries grew as well on the daily basis to 1,258 cases from 1,045, while the death toll rose to 1,016 cases. 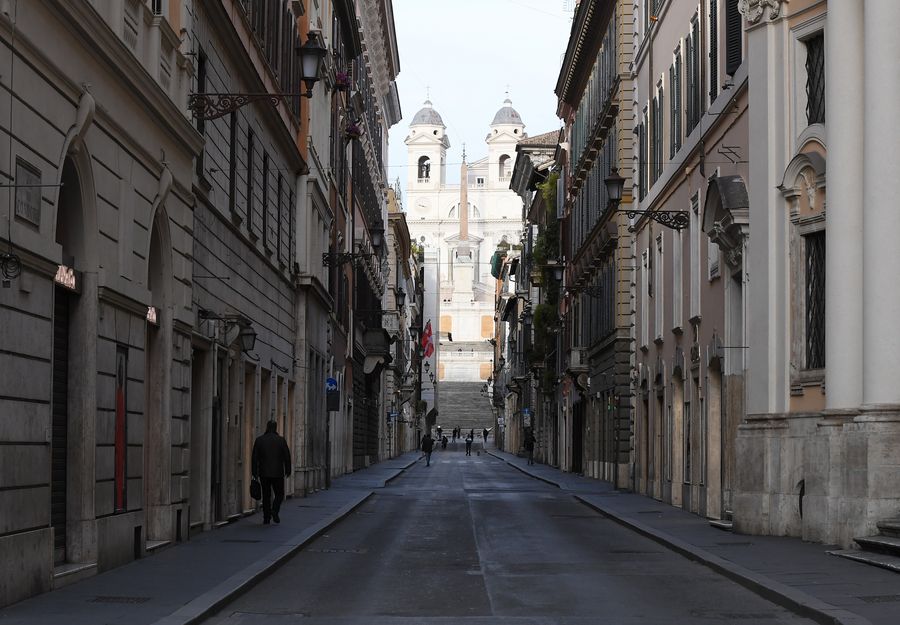 Few people are seen on the shopping street Via dei Condotti in Rome, Italy, on March 12, 2020. (Photo by Elisa Lingria/Xinhua)

Considering all data (including deaths and recoveries), the total number of assessed cases -- since the epidemic appeared on Feb. 21 -- was 15,113 in the southern European country.

In Spain, where the parliament suspended all activities for the next 15 days due to the coronavirus, the number of confirmed cases has climbed above 3,000, and that of deaths approached 90.

The Czech government declared a 30-day state of emergency on Thursday to combat the coronavirus outbreak, a day after Hungary announced a similar move. 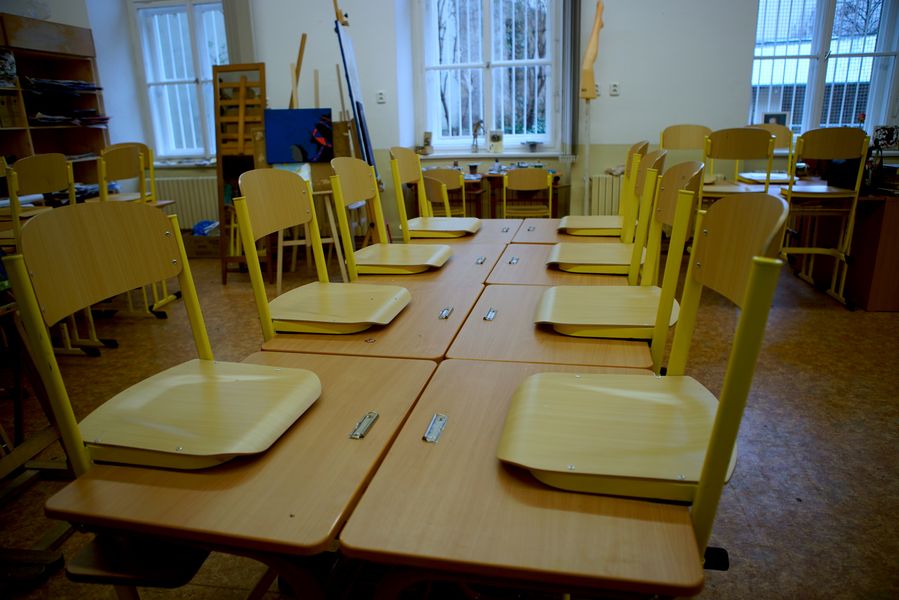 An empty art classroom is seen at a primary school on Vodickova street in Prague, the Czech Republic, March 11, 2020. (Photo by Dana Kesnerova/Xinhua)

Public access to sports facilities, gyms, swimming pools, music and social clubs, libraries or galleries will be banned starting Friday in the Czech Republic. Access to catering services, including restaurants in shopping malls, will also be banned.

The country also introduced a travel ban to and from "risk countries," including neighboring Germany and Austria. Only rescuers and drivers of delivery services are immune from the ban.

In neighboring Slovakia, Prime Minister Peter Pellegrini said that all three international airports in the country will be closed, and border controls will be introduced. Schools will also be closed from Friday for at least 14 days.

The Latvian government also announced Thursday to introduce a national emergency till April 14. From Friday, all schools and universities in the country will be closed and public events gathering involving more than 200 people will be banned.

In neighboring Lithuania, the Vilnius City Municipality decided to shut down all schools and public entertainment places till April 17.

Calling the coronavirus pandemic "the most serious sanitary crisis that France has experienced in a century," French President Emmanuel Macron announced that from March 16 and until further notice, all nurseries, schools, colleges, high schools and universities in the country will be closed. 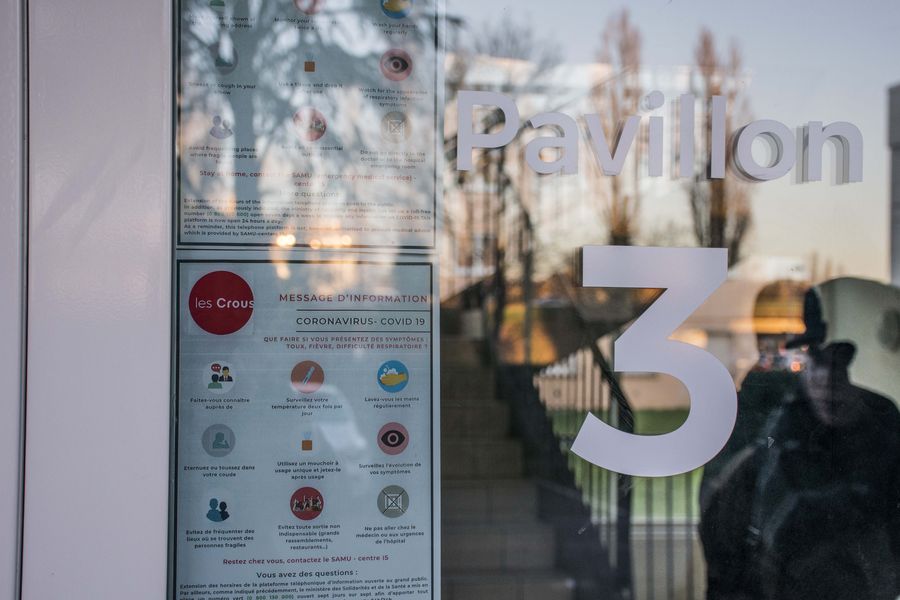 In Spain, Prime Minister Pedro Sanchez on Thursday announced a series of measures to help both the country's public health service and its economy to combat COVID-19.

In the health service sector, 2.8 billion euros (3.1 billion U.S. dollars) are to be transferred to the country's 17 autonomous regions to guarantee the "supply of medicine and necessary materials." Another 400 million euros will set aside to help mitigate the losses in the tourism and restaurant sectors.

Finnish Prime Minister Sanna Marin announced in the day that a supplementary budget could be given at a short notice to alleviate the financial impact of the pandemic.

Also on Thursday, Austrian Chancellor Sebastian Kurz announced that the government would compensate the employers who give their employees time off to look after their children due to school closures.

The entrepreneurs could decide for themselves whether to release employees who have to stay at home taking care of their children. In this case, the government would pay one third of the labor costs of these employees for the duration of the time off, he said.