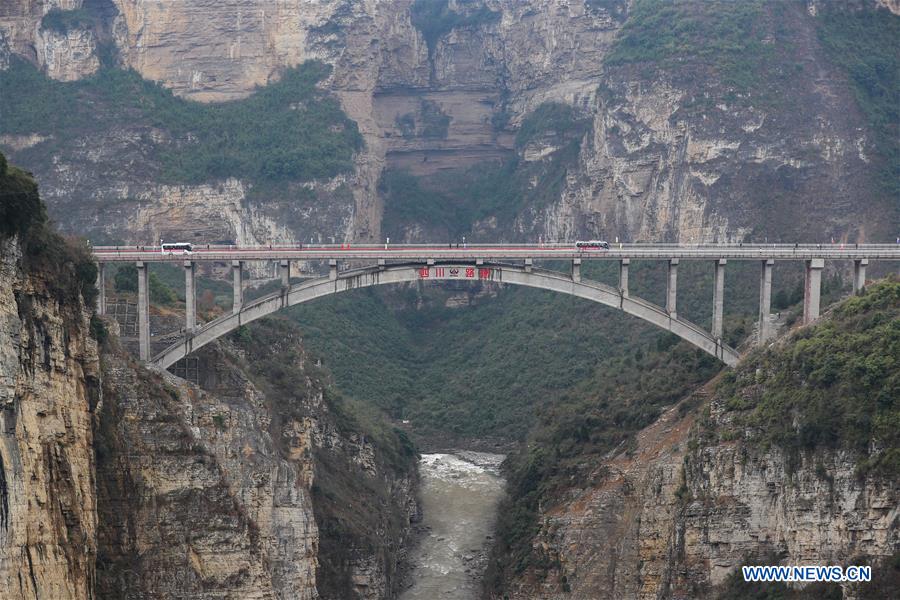 The Jiming Three Province Bridge opened to traffic Tuesday. It stretches over a big valley separating the provinces of Sichuan, Yunnan and Guizhou.

"We spent three years building the bridge, and I am glad that it is finally open to traffic," Jiang said.

Jiming means rooster crows in Chinese. In the past, rooster crows could be heard in the villages of the three provinces near the valley, giving the area its name. The bridge is named after the area.