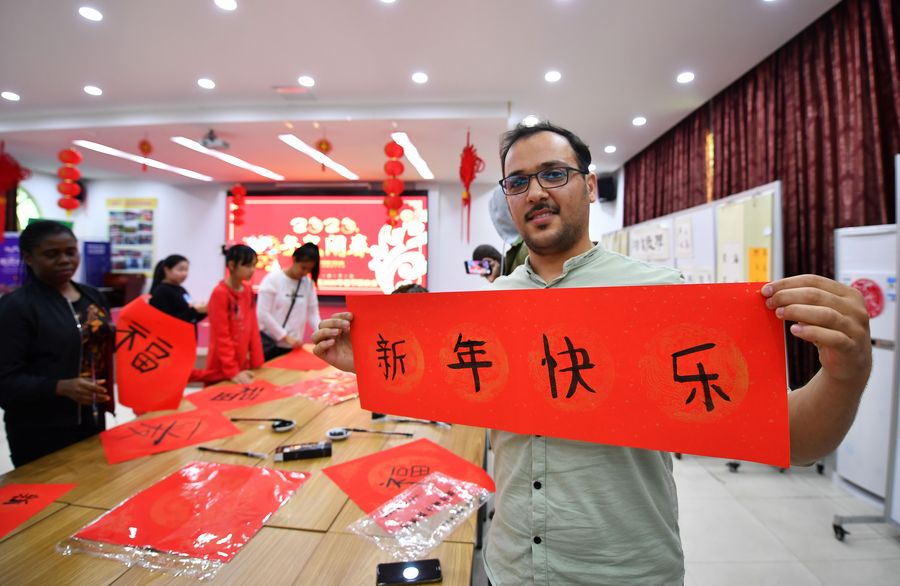 It all started months ago when the Canadian fishermen booked tickets for their lobsters to fly to China, and when the largest dairy producer in South Korea started utilizing its full capacity to meet the potential need of their customers during the Spring Festival, particularly those in China.

Chinese Lunar New Year is around the corner, and the festival is not only celebrated in China but around the world, with various traditional festivities and a shopping spree. 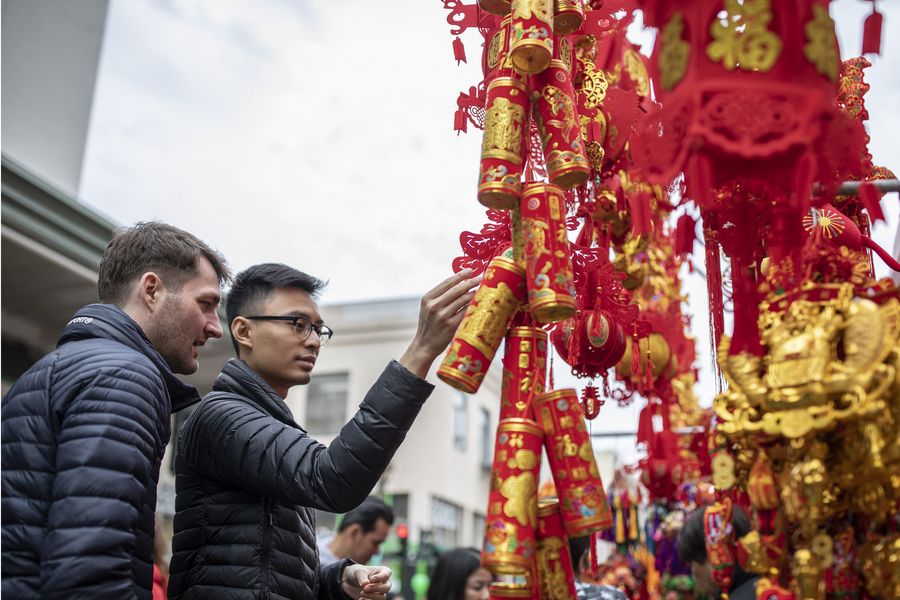 Visitors select decorative items at a Spring Festival fair at the Chinatown in San Francisco, the United States, Jan. 19, 2020. (Photo by Li Jianguo/Xinhua)

China is at once a world factory and a giant global market with the world's largest and fast-growing middle-income group. With consumption upgrading and the development of cross-border e-commerce and logistics, overseas products can reach big cities and small towns across the country. Worldwide places of interest lure Chinese tourists abroad, making outbound traveling a new trend during the feast.

A thriving market reflects the vitality of the economy. Despite a cloud of challenges, China's economy wrapped up 2019 with 6.1-percent GDP growth, approaching 100 trillion yuan (14.49 trillion U.S. dollars) and outperforming comparable economies. More excitingly, the country has achieved a new milestone with GDP per capita exceeding 10,000 dollars last year, a threshold that many believe ushers in a new stage for income level, consumption pattern and market size. 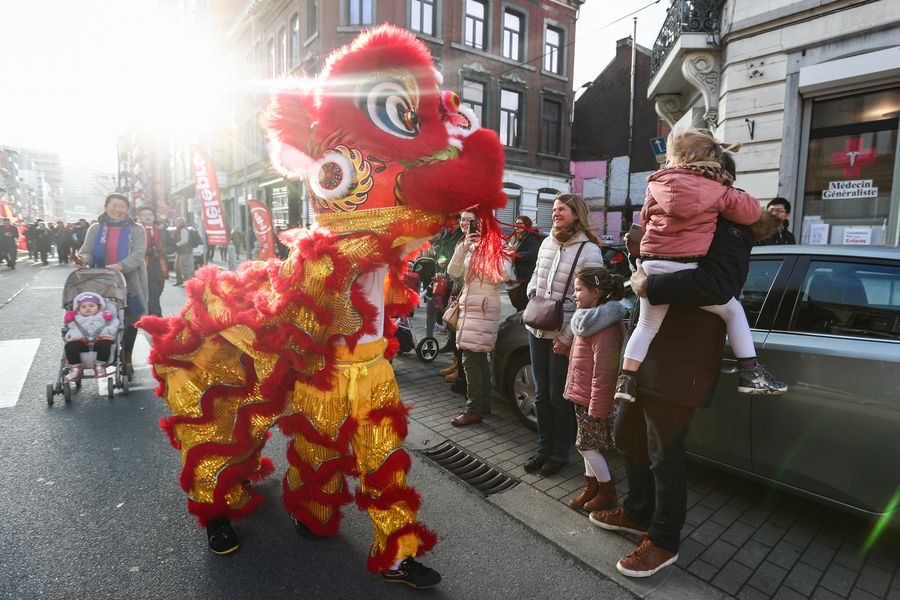 "I really think China is the future," said Tesla CEO Elon Musk in August last year, when he was "astounded" by the fact that his gigafactory in Shanghai could be completed within 10 months.

In the past few years, China has constantly been lowering tariffs and facilitating its reform and opening up drive. At the begining of this year, China implemented provisional import tax rates that are lower than the most-favored-nation tariff rates for over 850 commodities, which expedites the flow of global high-quality products directly to Chinese customers.

As the most important festival in a year, Chinese Lunar New Year also creates the biggest spending power. A market linking 1.4 billion Chinese people with global supply chains believes that when the world does good, China does good; and when China does good, the world will be better. 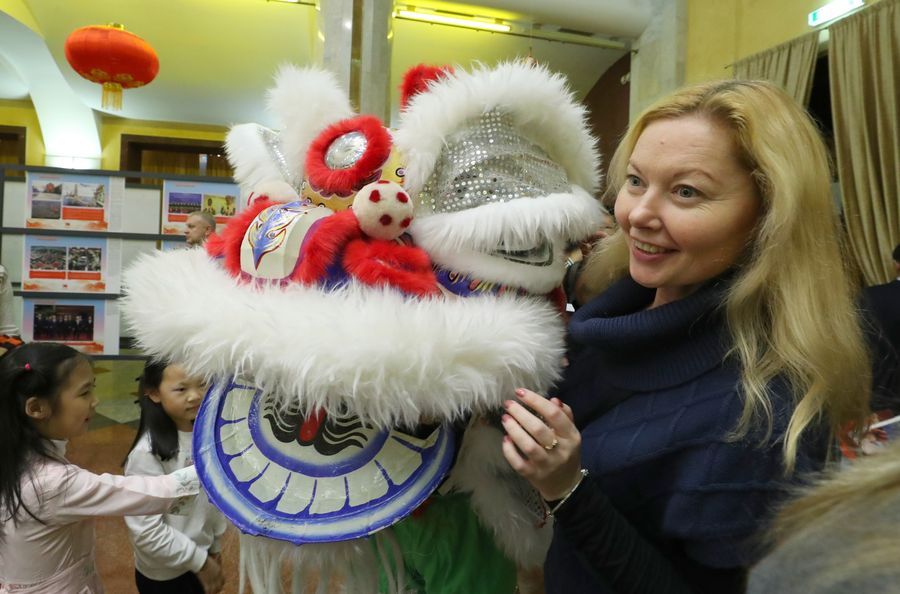 A woman poses for photos with a lion dancer during a gala to greet the upcoming Spring Festival, or the Chinese Lunar New Year, in Minsk, Belarus, Jan. 17, 2020. (Photo by Henadz Zhinkov/Xinhua)

From the first two editions of the China International Import Expo to the Belt and Road Initiative, China has been upholding the idea of openness. New maritime routes have carried exotic fresh fruit from Southeast Asia to China, and the Spanish olive oil companies applaud the Chinese Lunar New Year thanks to the direct freight train service between China and Europe.

The Chinese Lunar New Year features family reunion and sharing. In an era of globalization, the efforts China takes to further open up have rendered the holiday extravagance into an opportunity to share its development dividends.