China is going all out to fight against the novel coronavirus (2019-nCoV), which has claimed nine lives and infected hundreds of people.

By the end of Tuesday, 440 confirmed cases of pneumonia caused by the novel coronavirus had been reported in 13 provincial-level regions in the country, said the National Health Commission. 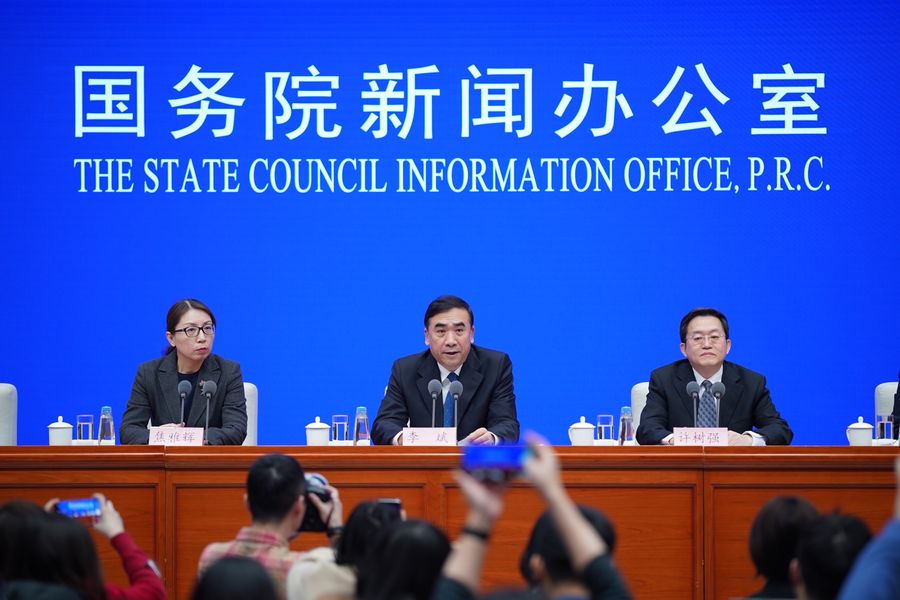 The virus had resulted in nine deaths, all in central China's Hubei Province.

In the province's capital city of Wuhan, the main battlefield, a total of 258 confirmed cases were reported by the end of Monday. Among them, 25 had been cured and discharged from hospitals, while 227 were still being treated in hospitals, including 63 in severe or critical conditions.

The pathogen, first discovered in Wuhan in December, has become a major concern during the ongoing Spring Festival travel rush, when hundreds of millions of people travel in packed buses, trains and planes to celebrate the Spring Festival that falls on Jan. 25 this year.

China is sparing no effort to curb the spread of the novel coronavirus-related pneumonia, rolling out a host of measures.

The Hubei provincial government activated a level II public health emergency response on Tuesday, the second highest in the country. A headquarters headed by the mayor Zhou Xianwang was established in Wuhan on Monday for the control and treatment of pneumonia.

The city has tightened the control and monitoring of outbound travelers by banning tour groups and conducting spot checks for live poultry or wild animals in vehicles leaving and entering the city, according to the municipal health commission.

Free diagnosis and treatment of cases are being offered in Wuhan. 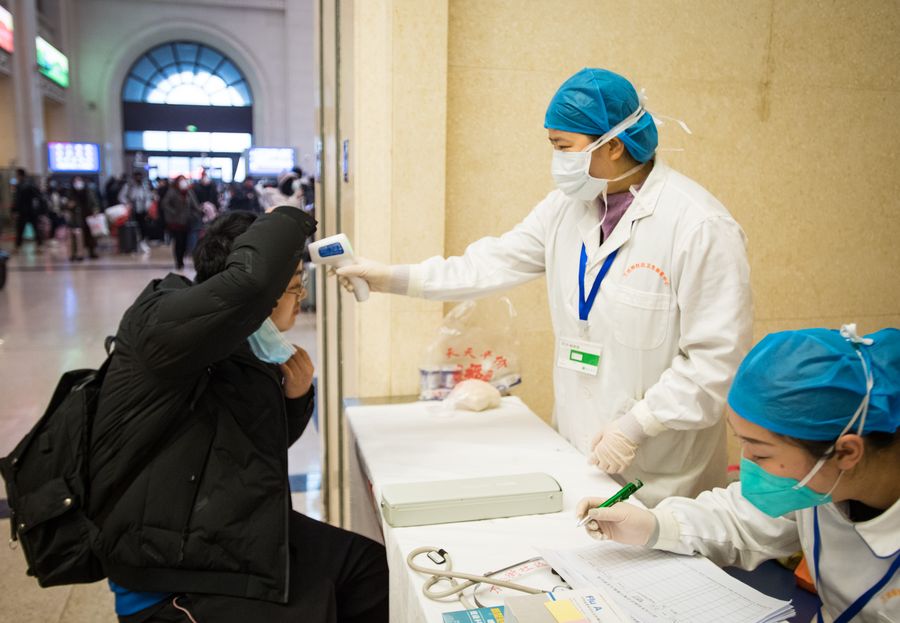 "When a new virus comes out, it takes time for scientists to study it. Based on the experience gained from the SARS outbreak, dealing with it with measures used for category-A infectious diseases is more conducive to controlling infection sources and conducting isolation treatment for patients," said Ning Qin, head of the infection department at Tongji Hospital in Wuhan.

Though people-to-people transmission of the virus has been confirmed, Zhong Nanshan, a renowned respiratory expert, said the current outbreak is still in the early stage of rapid change.

"The current outbreak is concentrated in the city of Wuhan and is sporadic in other places, meaning it is still a regional outbreak," said Zhong, who also heads a high-level expert team of the National Health Commission.

Zeng Guang, chief epidemiologist of the Chinese Center for Disease Control and Prevention and a member of the expert team, said the ongoing outbreak can be reversed if proper measures are taken now.

The whole nation has quickly gone into action to stay alert.

In about two weeks, scientists identified the novel coronavirus. Kits that help facilitate diagnosis have been given to medical institutions across the country. China has released the whole genome sequencing of the novel coronavirus to help scientists and health authorities worldwide develop diagnostic kits and study the viral pathogenicity.

"The information is very transparent," said Gao Wei, who was buying masks in Anhui Province. "I work in a hotel and have contact with many people at work. My family has urged me to buy masks." 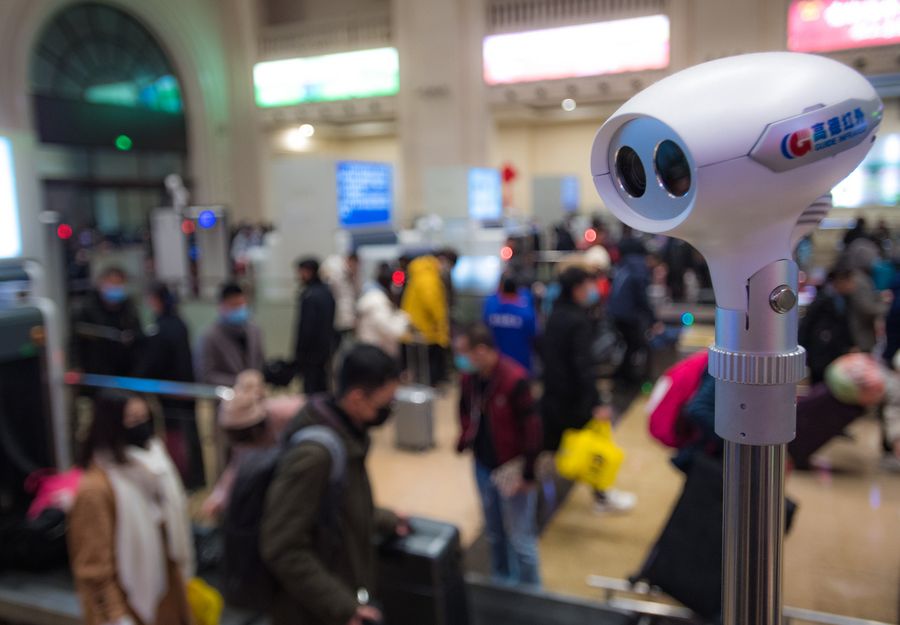 Chen Fangcui, 55, is a native of Jiangsu Province in east China. Her family has traveled more than 2,000 km to the southern island of Hainan, to celebrate the Spring Festival. They bought some 50 surgical masks before departure following experts' advice.

"Most of the passengers we saw at the airports were wearing masks. People's awareness has improved," she said.

Despite the dark shadow cast by the epidemic, Chinese people are still celebrating the upcoming Spring Festival in good spirits.

"I just bought a new house in Nanjing this year, so I will take my parents there for Lunar New Year's Eve, and we will go back home together the next day," said 29-year-old Yang Anpei in Nanjing, capital city of Jiangsu.

"My greatest wish for the new year is that everyone in the family would be healthy and safe. I also hope that the epidemic will soon be curbed and the patients healed as soon as possible," said Yang.

Besides China, infections of the virus have been reported in the United States, the Republic of Korea, Thailand and Japan. Experts say that the average incubation period of the virus is seven days, with the longest reaching 12 days before symptoms develop. 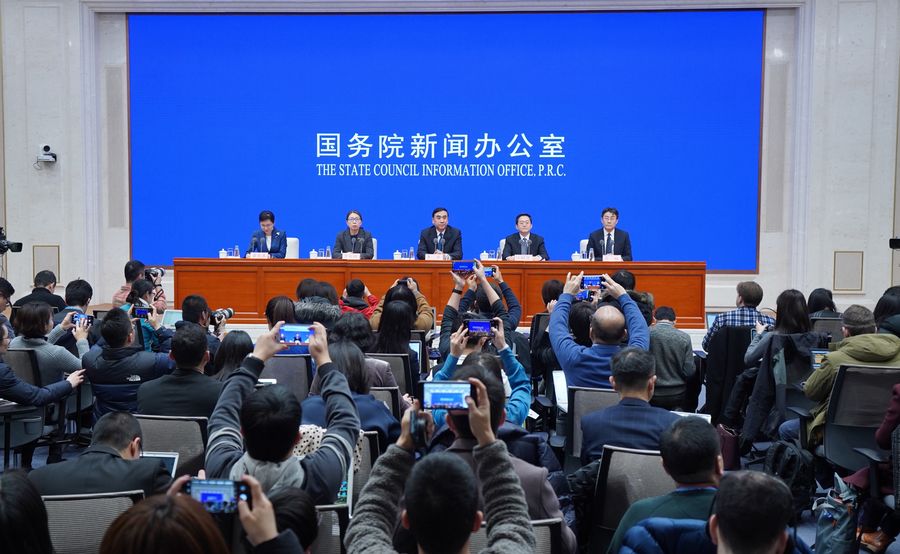 A press conference on new coronavirus pneumonia is held by the State Council Information Office in Beijing, capital of China, Jan. 22, 2020. (Xinhua/Cai Yang)

Chinese foreign ministry spokesman Geng Shuang said Tuesday that with an open, transparent and highly responsible attitude toward global health and safety, Chinese authorities have promptly reported the outbreak information to the WHO and relevant countries and regions, and shared the information on the gene sequence of the coronavirus.

China will attend relevant World Health Organization meetings and is willing to join hands with the international community to deal with the outbreak of the virus, Geng said. Enditem

BACK TO TOP
Edition:
Chinese | BIG5 | Deutsch
Link:
About CE.cn | About the Economic Daily | Contact us
Copyright 2003-2020 China Economic Net. All right reserved
China goes all out to contain novel coronavirus amid travel rush
Source:Xinhua | 2020-01-22 20:54
Share to
0