Chinese around the world ring in the new zodiac year on Friday. The Year of Rat will start on Saturday, unleashing a new 12-year zodiac circle, with the animal sign attributed to the traits of being quick-minded, resourceful and versatile.

Preluding the Chinese Lunar New Year, the Shanghai Museum is holding an exhibition featuring "The Year of Rat: Good Harvest," showing the audience relics with images of the zodiac sign of the rat.

A 16.3-cm high bronze and gold-plated Qing Dynasty (1644-1911) statue of the God of Wealth holds a rat in his hand. Another Qing Dynasty jade carving is a statue of a "mouse scholar" wearing a long robe with wide sleeves and lapels, holding scriptures.

Experts at the museum said the rat comes first in the 12 zodiac animal signs. In China's folk arts, people often combine the images of rats with oil lamps, melons, cereal seeds and fruits, embodying the auspicious meaning of prosperity and abundance. 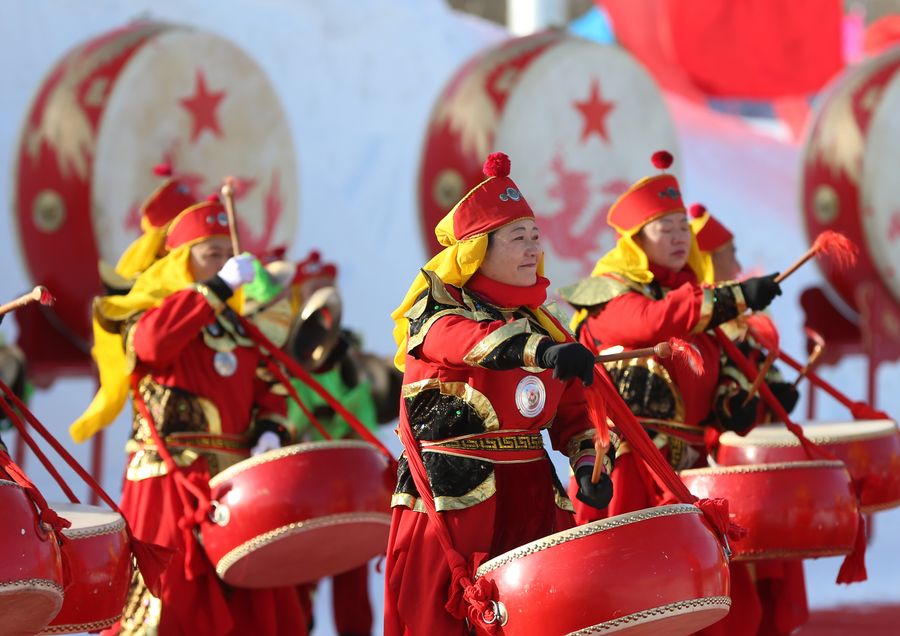 Days ahead of the Lunar New Year, red lanterns have been hoisted and festive activities with a variety of local characteristics and customs held every day since Jan. 17, which was the Kitchen God Festival, dubbed as the Little New Year on the Chinese lunar calendar, when Chinese start to make preparations for the Spring Festival.

"In the week ahead of the Spring Festival, intangible cultural heritage artists have been busy holding various performance after a big feast of dumplings was held for 1,000 people in our village on Jan. 17," said Shen Kebin, a resident in Shenjiahe Village, Guyuan City of northwest China's Ningxia Hui Autonomous Region.

Nearly half of the village's population of 300 are craftsmen and inheritors of certain cultural heritages. 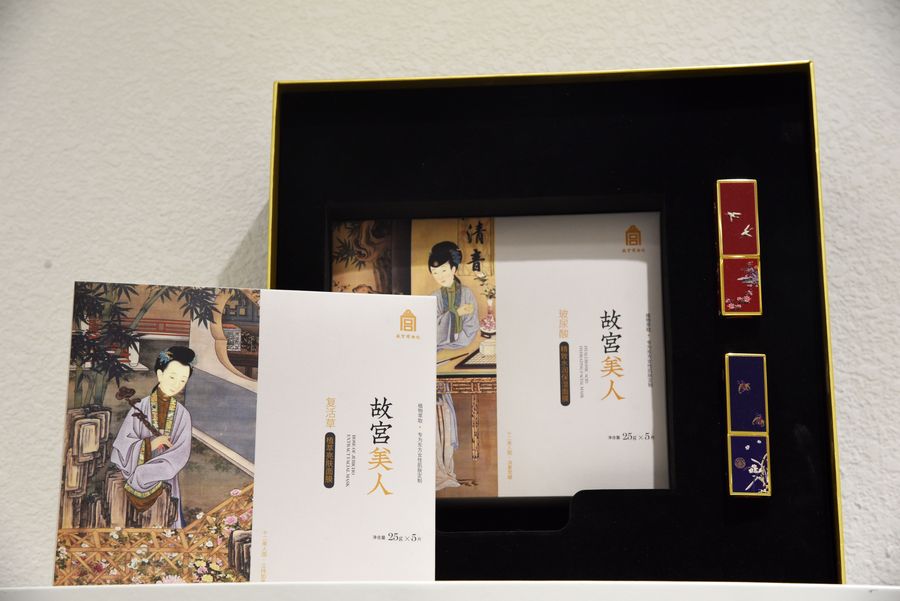 Shen is a veteran painter in the village. His family exhibition with over 400 folk art exhibits attracted 2,000 visitors to the festival last year.

"We preserve traditional cultural items and customs. People come to our village to share the festival atmosphere and learn the cultural folk traditions," said the 65-year-old artist.

Shen's family made festival preparations with extra efforts this year, as the Year of Rat is his son's zodiac year of birth.

"I hope that the zodiac sign brings him countless good luck this year, as the pronunciation of rat sounds similar to the word 'counting' in Chinese," said Shen, smiling from ear to ear.

Over the week, over 160 of Shen's fellow villagers held public performances from dragon and lion dances to puppet shows and the craftsmanship of making clay sculptures and paper cuttings. Many of the activities have the zodiac animal sign of rat as the cultural theme.

"This year, the number of villagers voluntarily participating in the activities is more than twice as many as in previous years. As traditional culture elements are appreciated by more and more people, we find a way to sustain and carry forward these folk arts," Shen said. 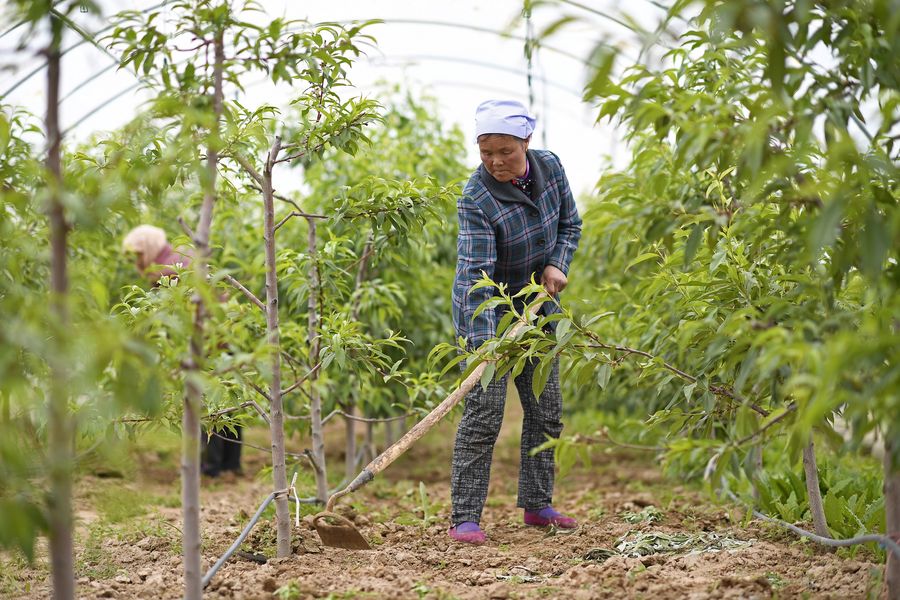 FROM POVERTY TO PROSPERITY

About 70 km away from Shenjiahe, the Xinzhuang Village has developed sports as a festival activity. The village will hold a basketball invitational tournament during the week-long Spring Festival holiday. A total of 15 teams from surrounding villages will be invited to participate in the matches.

The village is located in Xihaigu, one of China's poorest areas, which is considered a "hard bone" in realizing the country's goal of eliminating absolute poverty and completing the building of "xiaokang," or a moderately prosperous society in all respects in 2020.

With about one third of the village's 2,400 permanent residents impoverished before 2018, the village's poverty rate dropped to 0.44 percent by the end of 2019 with the development of animal husbandry industry in a poverty-relief program. 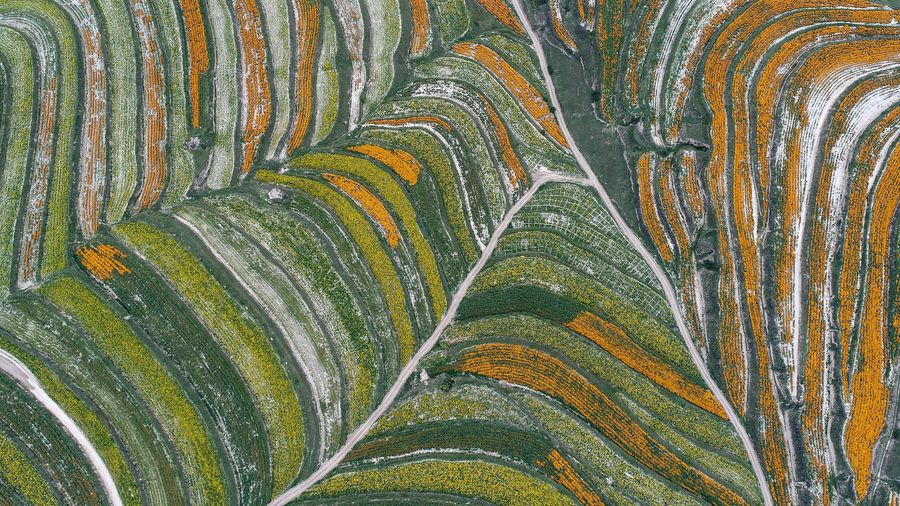 Yuan Zhihai, 55, said he had taken part in the village's Spring Festival tournament for three years.

Yuan's family got rid of absolute poverty in 2018 by raising cattle with loans. He sold three cattle earlier this month, earning 46,000 yuan (6,647 U.S. dollars). He plans to increase his cattle stock this year.

With the money, Yuan is in good spirits as he prepares festival delicacies and gets ready for the sports competition.

According to Xian Hui, chairwoman of the Ningxia autonomous regional government, the region made key progress in poverty reduction last year, lifting 103,000 people out of poverty. In 2020, the region's remaining 18,800 people will shake off poverty.

The region will put in place long-term mechanisms to prevent people from returning to poverty and will not leave any family or any person behind on the path to "xiaokang," she said. 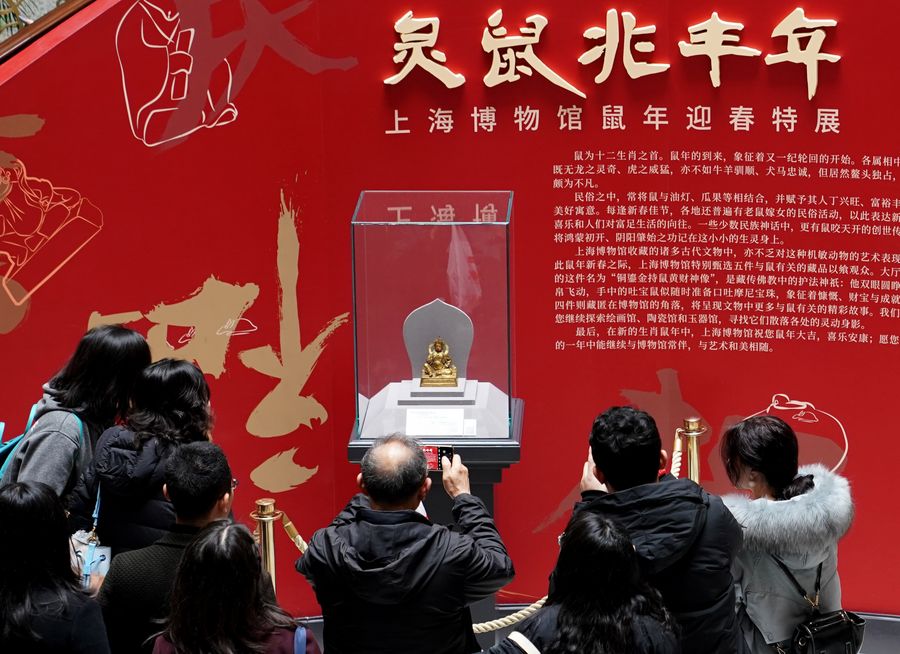 In the Year of Rat, China is determined to secure a victory in the battle against poverty.

The number of impoverished people dropped from 770 million in 1978 to 16.6 million in 2018, with the poverty rate dropping from 97.5 percent to 1.7 percent. From 2013 to 2018, China lifted 12 million people out of poverty annually through intensive efforts. China is the first developing country to realize the UN Millennium Development Goal for poverty reduction.

In realizing the "xiaokang" dream, the government is implementing an innovation-driven development strategy.

The company, based in eastern China's Shandong Province, stepped into the spotlight after it teamed up with the Palace Museum in the Forbidden City in Beijing to present a series of lipsticks. The cosmetics products with creative cultural elements are appealing to young people, bringing in 40 million yuan in revenue in the first half of 2019.

"In the new year, we plan to focus our innovation on developing functional food with hyaluronic acid and other bioactive substances," Zhao said.