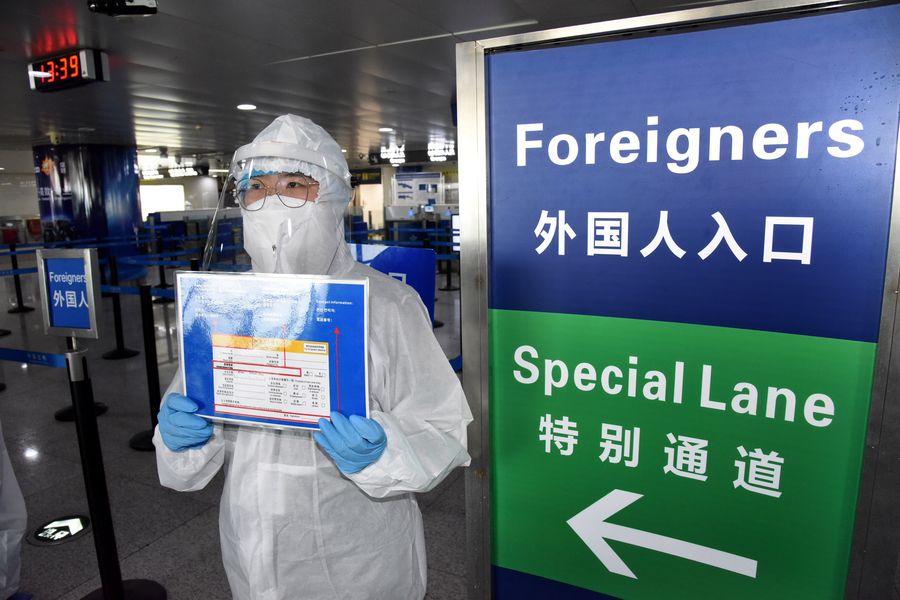 A leading group of China's COVID-19 response Thursday called for more targeted prevention measures to stem the cross-border spread of the novel coronavirus and promised help for overseas fight against the pandemic.

The group, led by Premier Li Keqiang, called for efforts to closely follow the overseas situation of the pandemic, and to take into consideration the latest assessment made by the World Health Organization and international practice, according to a meeting of the group held Thursday.

More precise and targeted measures should be taken to guard against import and export of cases of infection, according to the meeting, which was presided over by Li, also a member of the Standing Committee of the Political Bureau of the Communist Party of China (CPC) Central Committee.

The group also stressed helping relevant countries and international organizations in fighting the virus to the best of China's capabilities.

Domestic enterprises with adequate capacity were urged to produce more materials and goods for the virus control. After fulfilling domestic needs, enterprises should work to meet the demands of overseas commercial procurement based on market-oriented principles, according to the meeting.

After having made major progress in the current stage, Hubei Province and its capital city of Wuhan should give priority to medical treatment and strengthen the treatment of severely ill patients, according to the meeting.

The group urged more supportive measures to people in need amid the outbreak, stressing help for poor people, disabled people, children without guardians due to the outbreak and other vulnerable groups.

After taking effective measures to prevent a rebound of the epidemic, various regions, especially those with low virus risks, should quicken their pace to restore normal business, production and life, according to the meeting.

Wang Huning, also a member of the Standing Committee of the Political Bureau of the CPC Central Committee and deputy head of the leading group, attended the meeting.