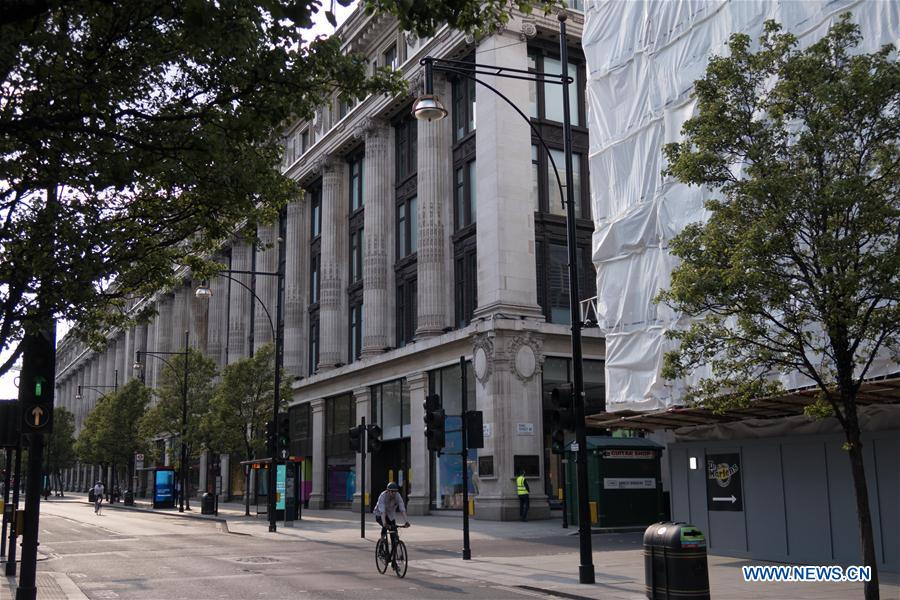 Photo taken on May 8, 2020 shows a general view of the Selfridges department store on Oxford Street in London, Britain. The vast majority of surveyed firms across Britain said they can be ready to restart operations within three weeks or less "alongside any loosening of the UK lockdown", a report revealed Wednesday. Conducted by the British Chambers of Commerce (BCC), a major industry representative body, the survey showed that among 540 respondents, 25 percent said they "would not need any notice" for restart, 35 percent would "need less than a week's notice", and 29 percent "need one to three weeks' notice". (Photo by Tim Ireland/Xinhua)