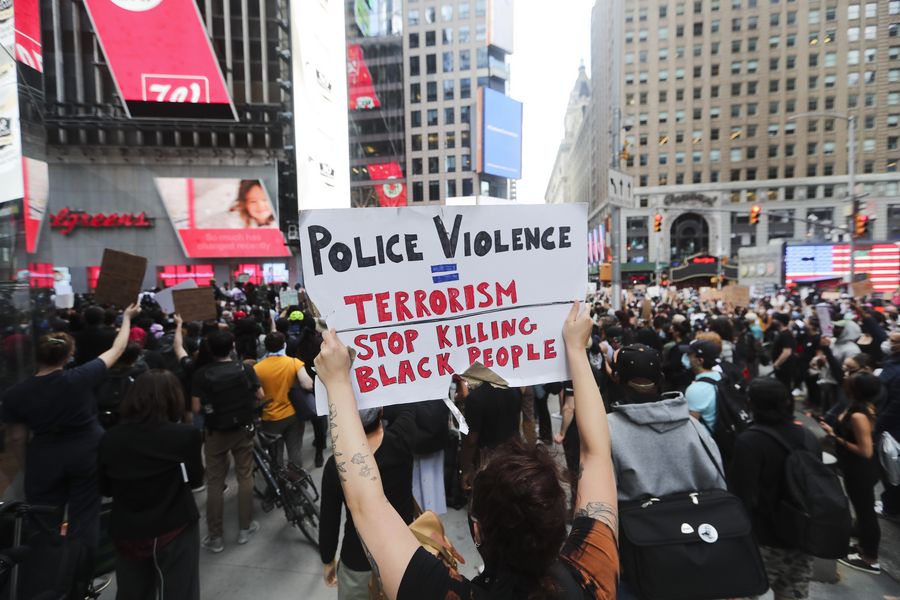 U.S. prosecutors on Wednesday upgraded the charge against a former Minneapolis officer who pressed his knee into George Floyd's neck to second-degree murder, also charging three other former officers involved in the incident with aiding and abetting murder.

Minnesota Attorney General Keith Ellison announced at a news conference that Derek Chauvin, the now fired and arrested Minneapolis Police Department officer who court documents said knelt on Floyd's neck for almost nine minutes, was charged with second-degree murder, an enhanced charge from the third-degree murder and manslaughter he was previously accused of.

"I believe the evidence available to us now supports the stronger charge of second-degree murder," Ellison said.

Additionally, the attorney general announced that arrest warrants were issued for three other officers who, also fired by the department, were involved in the brutal killing on May 25 of the 46-year-old black man.

Thomas Lane and J. Alexander Kueng, who helped Chauvin constrain Floyd, and Tou Thau, who stood by without stopping his colleagues, were charged with aiding and abetting murder, Ellison said. "I strongly believe that these developments are in the interests of justice for George Floyd, his family, our community and our state."

Informing reporters that he is the lead prosecutor of the case, Ellison acknowledged that although the prosecution team believe in the appropriateness of the charges they filed, "what I do not believe is that one successful prosecution can rectify the hurt and loss that so many people feel."

He added that "constructing justice and fairness in our society" would be a "slow and difficult work" ahead, urging leaders in government and all citizens "to begin rewriting the rules for a just society now."

BACK TO TOP
Edition:
Chinese | BIG5 | Deutsch
Link:
About CE.cn | About the Economic Daily | Contact us
Copyright 2003-2015 China Economic Net. All right reserved
Charge against U.S. officer involved in Floyd's death elevated to 2nd-degree murder, 3 others charged
Source:Xinhua | 2020-06-04 05:21
Share to
0