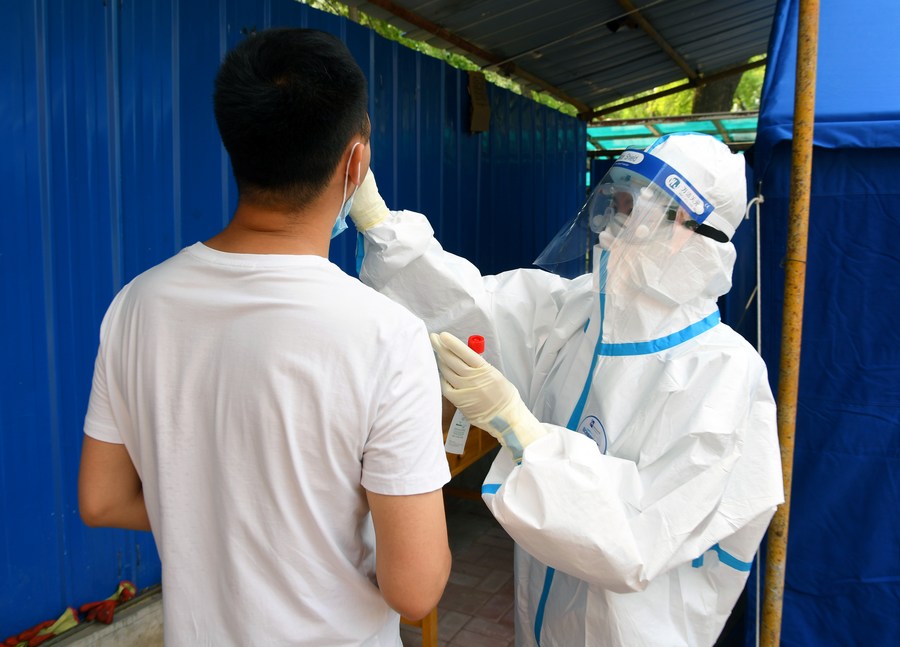 A medic (R) takes sample from a citizen at the sample collecting post at Haidian Hospital in Beijing, capital of China, June 20, 2020. (Xinhua/Ren Chao)

The daily nucleic acid testing capacity of Beijing had surged from 100,000 to more than 230,000 as of Saturday amid efforts to contain the resurgence of domestically transmitted COVID-19 cases.

The number of designated institutions for nucleic acid testing in the city had increased from 98 to 124 over the past week, Gao Xiaojun, a spokesman for the municipal health commission, told a press conference Sunday.

Among the institutions are 20 disease control centers, 73 hospitals and 31 medical laboratories, said Gao.

Since June 13, people working in the wholesale market of Xinfadi, which was related to most newly reported cases, residents in nearby communities, and people who visited the market have been organized to take nucleic acid tests.

The city has also prioritized the testing for employees of restaurants, grocery stores, wholesale markets as well as courier and food delivery firms, according to the municipal government.

Beijing has reported over 200 domestically transmitted COVID-19 cases since June 11.