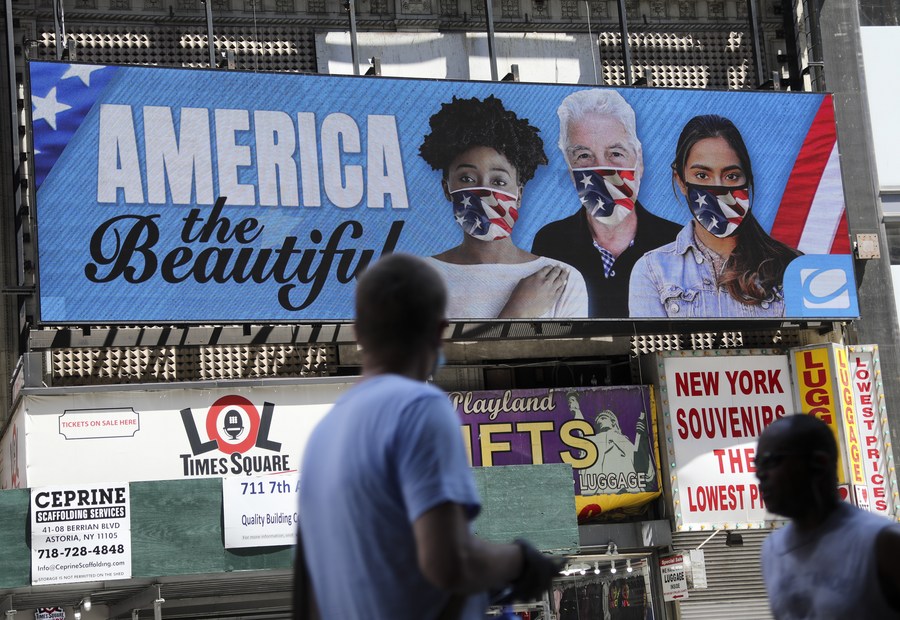 Advertisement of wearing face masks is seen near the Times Square in New York, the United States, July 4, 2020. (Xinhua/Wang Ying)

Confirmed COVID-19 cases topped 3.5 million on Thursday in the United States, with deaths over 137,000, while debate over mask-wearing, one of the most effective means of curbing the virus spread, persists around the country.

New York state remains the hardest-hit with 404,775 cases. California, Florida and Texas have become the country's new COVID-19 hotspots with rapid increases in daily new cases, according to a tally by Johns Hopkins University. 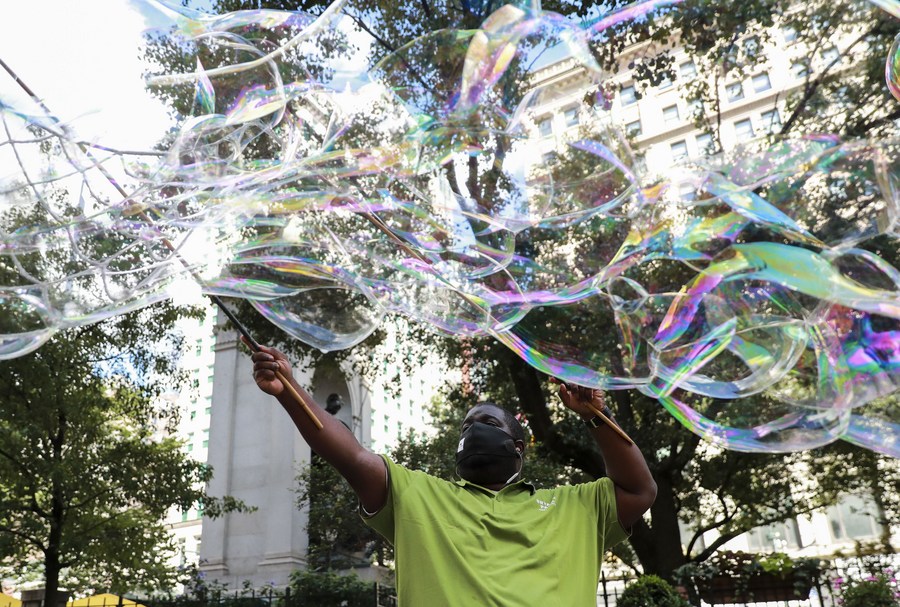 The new deaths brought the state's total to 4,677 deaths related to COVID-19, based on state data.

Thirty-nine states reported an increase in the number of new cases from the week before, said a CNN report on Thursday. Hard-hit counties in Arizona and Texas are preparing for the worst by bringing in refrigerated trucks as morgues fill up.

As COVID-19 cases continue to surge in the country, a growing number of states and businesses are mandating mask-wearing but the simple public health option to prevent infections remains divisive in the country. 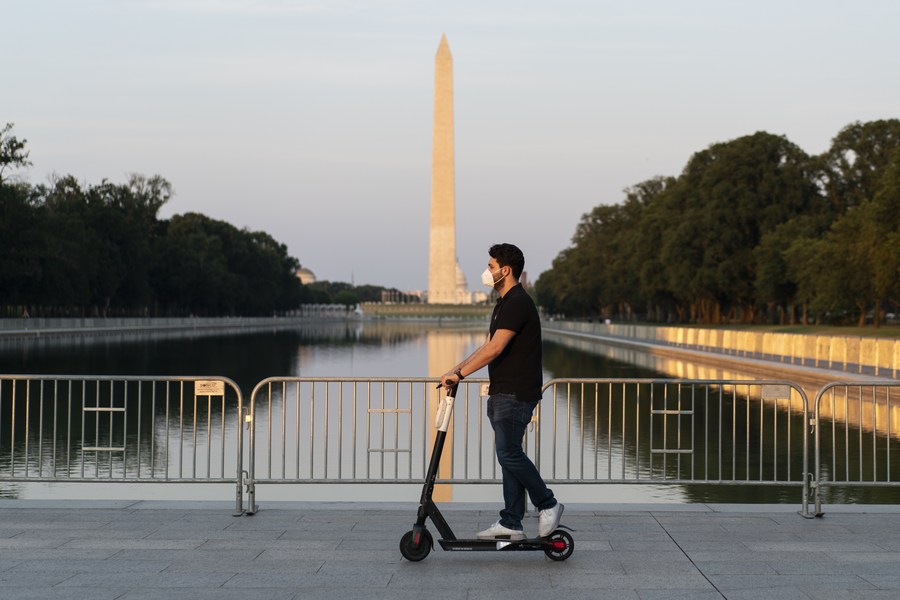 Thirty states, in addition to the District of Columbia, have issued some form of mask mandate as new infections surge across the country, said a report by news website Axios.

However, Georgia's Governor Brian Kemp voided orders on Wednesday that at least 15 local governments across the state had adopted even though Kemp had earlier said cities and counties had no power to order masks during the coronavirus pandemic. 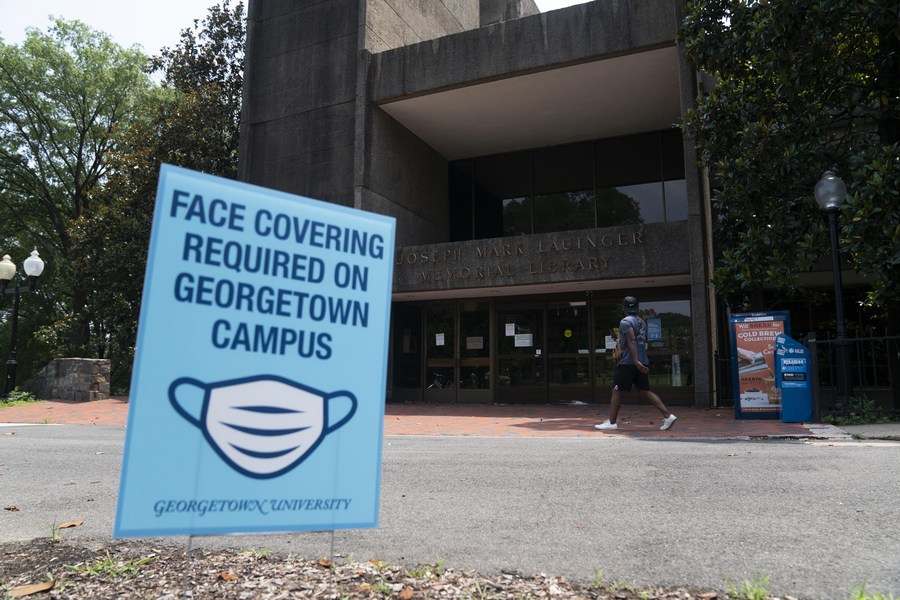 A sign reminding people to wear face masks is seen in front of a library on Georgetown University's main campus in Washington, D.C., the United States, July 7, 2020. (Xinhua/Liu Jie)

The mayor of Savannah, Van Johnson, who signed a mask mandate for the city, lashed out at Kemp's decision.

"Governor Kemp is overstepping his authority," Johnson said Thursday, while calling his actions "reckless and irresponsible."

Savannah residents, beginning July 1, were required to wear a face covering in public or face a fine of up to 500 U.S. dollars.

Governor Kevin Stitt of Oklahoma, a Republican, announced Wednesday that he is the first governor to test positive for the coronavirus. Yet the governor said he is not considering a statewide mask mandate as of now.

So far, more than 20 states have rolled back or paused reopening efforts as COVID-19 cases continue to emerge.

A model from the Institute for Health Metrics and Evaluation at the University of Washington is projecting 224,000 people will die of the virus by Nov. 1, an increase of almost 16,000 from a forecast the week before, according to a report by CNN on Wednesday.